Time for a New Olympic Order

Time for a New Olympic Order 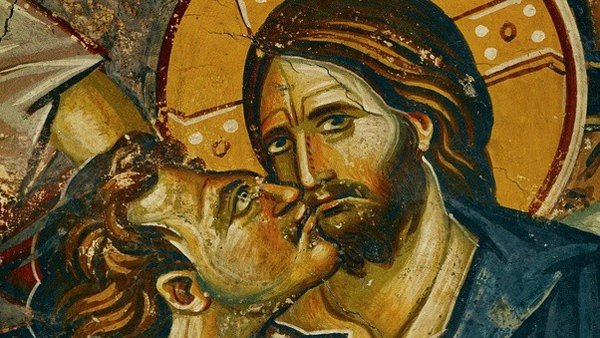 The Canadian Richard McClaren has buried the Olympic name and ideal under a ton of political filth, the effect being a biased and meaningless Olympic Games

And so another Russian Olympic Champion has been banned from the forthcoming PyeongChang 2018 Winter Olympic Games in the Republic of Korea, or rather the Korean-born naturalized Russian speed skater Viktor Ahn. He is clean. He has not been accused of doping. Why then has the McClaren investigation named him and as a result he was banned? The answer, ladies and gentlemen, is simply because he is Russian. Welcome to international law, 2018.

There is no clause or paragraph in any legislation regarding the practice of sport, there is nothing in the statutes governing the Olympic Games, which justify banning an athlete who has not violated any of the terms. There is nothing to justify a blanket ban on an entire country just because of unfounded allegations. Yet this is what the McClaren report has resulted in, and in so doing, its leader, the lawyer Richard McClaren has done much to place his name in the limelight but also much to question his means in interpreting and implementing the law, a profession he is supposed to respect in an unbiased manner.

Banning someone just because he is Russian is not unbiased and banning an entire country because someone made allegations which in any case do not apply to all the Russian athletes, is not unbiased and so it is obvious that the entire doping scandal and subsequent banning of Russian athletes is a filthy political game aimed at humiliating Russia and casting her out of the party, outside in the cold, away from the rest of the international community.

In short, it is a puerile attempt to get rid of the best athletes who would probably have won all the events they competed in, rendering PyongChang meaningless. I for one, having the sports section as one of my columns, shall not waste my time writing about an incomplete event which without the participation of all the members of the Olympic family, loses any significance. It is like holding a race between two people and throwing a hand grenade at one of them the day before the race begins.

What the WADA-sponsored investigation has done is to destroy the Olympic cause, destroy sport in general and bring it onto a political stage, just because. So we may conclude that another area which was supposed to be a bridge between brothers and sisters, sport, has bitten the dust.

And finally, if the Olympic Games have been tainted and destroyed by McClaren and his buddies, let the history book point the finger at the accused, and let McClaren go down in the annals of the history of sport and the Olympic Games as the one whose maneuverings were responsible for ruining years of shared history and friendship. I sincerely hope he reads these lines and I hope he considers them day and night until the end of his days.

So as many sports writers are now saying, the Olympic Games have just ceased to have any value at all. They are dead. But Russia is not. As we saw in Sochi, and as we saw in Rio, despite the attempts to manipulate the participation of Russian athletes, Russia remains as a colossus in contemporary international sport and in short, Russia does not need the Olympics for anything. If the Olympics are a biased western backwater, aimed to give western athletes the chance to win medals by excluding the best from the competition, suppose Russia were to organize alternative games, not just in 2018 but always? OK if they do not want Russia, then suppose Russia stated loud and clear, that Russia does not want them either? And abstain from all Olympic competitions in future, inviting the world's top athletes to compete in a Special Games, called International Friendship Games or something of the sort?

Get the sponsors involved, galvanize the promoters and the sports agents, make cooing noises at the international television channels and media groups, and in a nutshell you have a tremendous product to sell which would grow bigger year after year. An idea? Whatever the future holds, we can thank Richard McClaren for showing us that the Olympic Games belonged to a past era called Ancient Greece and that their noble spirit of friendship through healthy competition has no place in this modern shithole called Planet Earth 2018. He and his team have buried the Olympic spirit for good, the name is tarnished, it is seen as a political tool and neither will it ever recover, it also does not deserve to recover. The Olympic Games have been touched by the hand of Satan and so must be given a proper funeral.

PyeongChang 2018 will be a fitting resting place for a moribund movement which gave people a lot of pleasure in Ancient Greece then a century of hope and expectations until the recent political witch-hunt was launched.