How effective are embargoes?

Trade embargoes that have been used to convince a change in the government policies of specific countries go back to 432 B.C. Athenian Empire. Pericles was the one who first imposed sanctions on Megara for land violation. However, the embargo did not work in favor of Pericles and the Peloponnesian war was triggered as a result of the sanctions. Sanctions have been used throughout history at specific times, especially in the 18th when England used this method against other states with the aim of political retaliation. Applying sanctions has become a global trend in the 20th century and increased rapidly since then. The US has been at the top of the list applying the maximum number of sanctions when compared to other states. 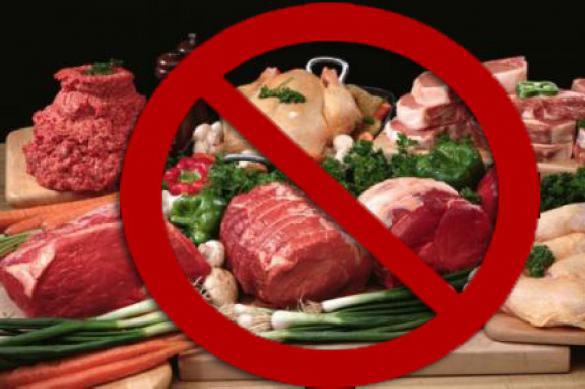 Embargoes have been used as a political tool in the post-Cold War era and the reason it has been on the agenda lately is because of the the UN's decision to lift the sanctions off Iraq on December 2017 for a total of 27 years since its invasion of Kuwait in 1990. It's a significant step for Iraq to try and normalize its economic and political situation in the international arena. When embargoes are closely analyzed worldwide and compared historically, it is clear that new embargoes are unlikely to be more effective than the previous ones. They do not succeed in forcing any nation or government that is subject to the sanctions to make the necessary policy changes. The outcome mostly hurts the civilian population instead. Nicholas Burns, the most senior professional US diplomat in the Bush Administration, confirmed this fact and said that "There are very few examples looking back over the last 25 to 30 years where sanctions have actually succeeded." But why do states prefer a method that does not provide the desired result? Most diplomats tend to believe there is no alternative way of forcing other states to take the necessary steps as Sir Jeremy Greenstock, Britain's ambassador to the UN between 1998 and 2003, also says that "there is nothing else between words and military action if you want to bring pressure upon a government. In a modern legitimacy-oriented world, military action is increasingly unpopular and in many ways ineffective, and words don't work with hard regimes. So something in between these is necessary. What else is there?"

As far as the freshly lifted embargo in Iraq is concerned, the outcome was disastrous especially for the civilian population in terms of their economic infrastructure, physical infrastructure, psychological stress, decline in health and number of deaths. The Iraq case clearly shows that sanctions do not necessarily generate the desired behavior on the states they are imposed on, as David Baldwin, Professor of World Order Studies at the Institute of War and Peace Studies at Columbia University, and some other scholars have observed, "the economic effects of sanctions do not necessarily translate into political impact. There is no direct transmission mechanism by which social suffering is translated into political change." In terms of the perishable outcome of the sanctions in Iraq on children, a Yale professor Joy Gordon advocated that the best assessment of excess child mortality under five during the sanctions who would not have died if pre-war and pre-sanctions conditions were kept - was between 670,000 and 880,000. The undue harm to the Iraqi civilians made many policymakers to reconsider the effects and the methods of the sanction being imposed.

The world's longest and cruelest embargo was without a doubt the US sanctions imposed on Cuba, which started in 1958 and lifted in December 2014, which Obama called a failure. In 2011, former Democratic presidential candidate George McGovern criticized the long-term embargo by stating: "It's a stupid policy. There's no reason why we can't be friends with the Cubans, and vice versa. A lot of them have relatives in the United States, and some Americans have relatives in Cuba, so we should have freedom of travel." The effects of the US Embargo and economic sanctions have again hit the civilians especially due to the absence of medical aid from the former Soviet Union. Moreover, several other public health catastrophes have occurred indicating that such sanctions may have intense effect on the health of unprotected populations. Nevertheless, despite the huge negative impact on social lives of Cuban people, the US administration implemented several new sanctions in 2017 including travel restrictions holding responsible for the diplomat attacks.

Some experts argue that long-term embargo against Iran is also similar to Cuba. The Islamic Republic of Iran, with a population of 80 million, has suffered under severe economic sanctions imposed by the U.S. and the EU since the 1979 Iranian Revolution. Even though the UN, the EU and the Obama administration lifted the sanctions in 2016, Trump re-imposed new sanctions on Iran. As a result of these sanctions, the Iranian economy has been hurt with very high inflation and unemployment rates. Unemployment amongst the youth was at 25% and for women it was more than 40%. However, Iran is expected to overcome this unemployment easily as it has a large population, 64% which are under the age of 35 and the literacy rate is 87% with approximately 4.4 million students - of which 60% are female - registered in universities as of the 2012-2013 school term.

Russia is also another important country that has suffered tremendously due to the sanctions imposed on them both by the US and the EU. As of March, 2014, owing to the voting in Duma regarding Crimea's annexation to Russia, the U.S. and EU broadened the sanctions against Russia, tightening restrictions on leading Russian state banks and corporations. Due to these sanctions, Russia encountered economic challenges in 2014 and 2015, including capital flight, swift devaluation of the ruble, inflation, being isolated from international capital markets, and domestic budgetary pressures. Growth slowed down to 0.7% in 2014 before contracting intensely by 3.7% in 2015. Interestingly, the sanctions also had some reverse repercussions on the EU since Russia retaliated by restricting the imports of food products and raw materials from those countries. As a result of this move, many European countries suffered economic loss more than they had imagined.

Recent academic research on embargoes have shown that sanctions have a very detrimental effect on civilians rather than coercing governments to behave according to desired policies. For example, the US has wanted to oust the Cuban regime but despite the very harsh and intense set of sanctions on the country, it has not succeeded.

Instead of relying upon embargoes, which doesn't work, an advisory group should find an alternative reasonable solution via diplomatic means. This group of mediators must take all the necessary precautions to protect the children and the needy so that they would not fall victim to losing their health and medical infrastructure, necessary food products, and education resources during the embargoes. The great responsibility falls on the shoulders of powerful countries to protect the innocent civilians and thus they must use all their means to protect people who are being oppressed, slaughtered, and starved.

As an alternative mechanism to the typically one-way exploitative embargoes that are far from being realistic, the regional states should have strong trade relations based on their local currencies because most of the powerful countries can impose embargoes to attain the rich resources of these countries such as oil. Sanctions can only be good to put an end to an ethnic genocide or oppression in a country to protect the civilian population, just as we see in Myanmar. Yet, these sanctions must be limited to arms and arms-related raw materials production. The states must ensure that the sanctions imposed on specific governments do not have any negative impact on the remaining countries of the region.