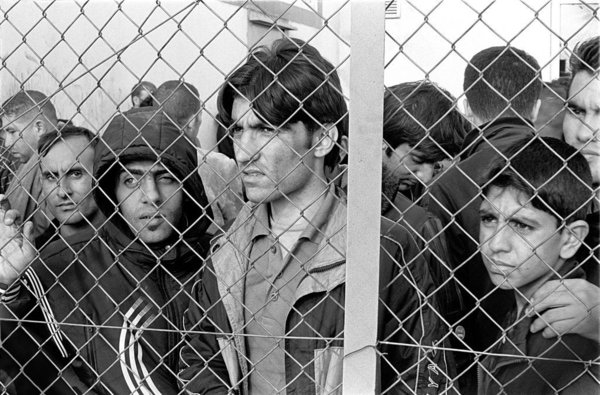 Fox News host Tucker Carlson recently hosted a segment where he 'wanted to get the bottom' on what illegal immigrants cost American taxpayers. Naturally, he invited an expert on his show to crunch the numbers. That expert came in the form of a centrist; the center is usually academic euphemism for globalist. His name is Simon Rosenberg. Simon comes with a rich pedigree. His resume comes replete with many badges of honor followed by much distinction. Most notable of his accomplishments other than the fact that he is a Professor at Tufts University, was that Simon, founded the New Democratic Network.

Whatever he intended with the name, Simon, could not hide adequately, that couched between the New and the Network, is the suspicion that his creation was nothing short of socialism, even by the Marxist B.S. bushel full. Alternatively, if you prefer, the 'Democratic' sandwiched between Simon's bookends is nothing more than recycled leftist gobbledygook. Hence, the esteemed Professor was exactly the right man to explain the left's numbers, even though a novice reporter would call out Simon; and expose his economics as those from a conjurer. Notwithstanding, Simon was committed to spread his pseudo science.

In his opening statement, Rosenberg jumped right to the core of his grievance. "You guyz on the right (Democrat code for conservatives) like to emphasize the negative too much. You need to look at the popular side of the Balance Sheet." Ostensibly, the Professor meant 'assets'. Why did not Simon just say so? Tucker allowed Simon to slide further into his own abyss. He remained reticent before chiming in. "I am listening".

Rosenberg waxed on with his platitudes. "GDP is what you right wing guyz miss. America's immigrants (the illegal omission) contribute $1 trillion in 'wealth ' to the economy each year". Simon did not stop out of introspection or for inflection. He continued to lather much hyperbole atop of more spin. "The immigrants (again the egregious substitution for aliens) represent less than 3 per cent of the population (10 million divided by 320 million according to Simon's statistics). Yet they contribute more than 5 per cent of the country's GDP. They work to support themselves". The U.S economy as measured in GDP is about $ 18.6 trillion. Therefore, yeah, Simon's math computes; it suits his perspective; but his warped terminology needed immediate correction.

Aggregate productivity of goods and services or output, minus imports, is the sole and correct definition of any nation's GDP; it is not wealth as Simon ascribes. Simon's GDP definition is pure fallacy. Now it was Carlson's chance. He could turn Simon's fables on him. Tucker did just that in style and with panache. "What about supply and demand? American workers suffer as see their wages cut due to the continuing influx of foreigners. That is exactly the situation that many citizens are in now. How do you address, better yet, fix this imbalance"?

"Not so", bewailed the back peddling Professor. "Immigrants (he really meant to add illegal, I am sure) do those menial jobs that Americans turn their noses up at". Simon's whopper brought a guffaw from  Carlson. "Your premise is false. You should try saying that to the 95 million Americans who have left the labor force". Tucker was not finished. He would not let Simon off the proverbial hook. "What about the subsidies that illegal aliens enjoy: free healthcare, welfare, and free education and driver licenses. Those benefits cost the American taxpayers millions more. That figure gets even higher once you factor in chain migration".

Professor Rosenberg stopped shuffling his papers. He could not acquit himself anymore by simply juggling his already commingled numbers. Tucker caught him. Like a caged animal, Simon cowered in his corner.

Bottom line: Simon's numbers did not add up. Nor did he make his case for the liberals' latest and much revised version of Economics 101 as it relates to DACA and the illegal aliens. Moreover, the learned professor was guilty of lying by much omission and by even more hyper-inflated commission. Tucker Carlson, despite his admission that he was a novice in economic study, emerged the winner. With his many cogent points, and even under modest scrutiny, Tucker's economic framework won the day. He alone appeared the real expert.