Another football season is about to befall America, and one player is conspicuously absent from any NFL team's roster:  Colin Kaepernick, the former quarterback who, last season, decided to first sit, then kneel, in protest during the ritualistic playing of the national anthem at the beginning of games. 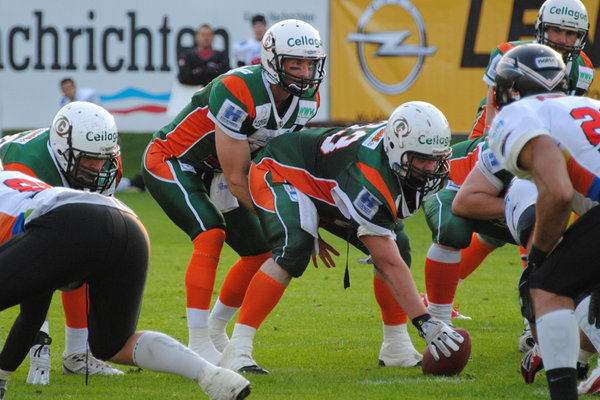 Needless to say, Kaepernick's protest, aimed at police brutality and other injustices disproportionately endured by African-Americans, was not well received by the powers-that-be in the NFL or in America, and, despite all the excuses and denials, it has become conspicuously clear that he is being blackballed (or as Shannon Sharpe perhaps more accurately put it, "whiteballed") by NFL owners.

They say that history repeats itself, and in many ways it does, not in the repetition of specific events (for example, you cannot refight World War I), but in the predictable reactions people in the power structure have to similar events and /or messages.

I'll admit when I was deciding whether or not to make the analogy I'm about to discuss below, I was hesitant because I knew its purpose could be intentionally or unintentionally misrepresented.  But I am going to make it anyway:  What Kaepernick is facing today is not unlike what happened to history's greatest revolutionary-Jesus.

To clarify things, I am in no way equating Kaepernick or his protests to the message, sacrifice, and suffering of Jesus.  What I am analogizing is the similar reactions both encountered for expressing ideas that were uncomfortable to those in power.

First, there is the attempt to destroy the messenger in the hope the message will be destroyed as well.  To that end, Jesus was brutally crucified by the ancient Romans, who undoubtedly believed His death would effectively silence His supporters.

Since Kaepernick lives in a time and place where speech is no longer legally punishable by execution, the predominantly white NFL owners (many of whom are also the beneficiaries of inherited wealth) have become the modern-day Romans, banishing Kaepernick in the hope it will silence his supporters as well.  In fact, as evidence their strategy might be working, several of the players who knelt with Kaepernick last year are refusing to do so this year, and Kaepernick himself has stated that if he is signed to an NFL team, he will no longer continue his protest.

Which brings me to the second part of my analogy:  the ancient Romans were wrong.  Not only did they fail to silence Christ's followers, they caused His message and life to be celebrated throughout the world.

Already, according to news reports I've read (I am boycotting watching the NFL, but more on that later), a few players are now carrying on Kaepernick's protest.  It remains to be seen, however, whether others, having witnessed Kaepernick's fate and the veiled threats of owners and coaches, will be willing to join them.

What if African-Americans boycotted the games?

I also heard several sports commentators state that, since African-Americans make up roughly 70% of NFL players, if a majority of them chose to boycott games completely, the culture of the NFL would change.

But why put the onus on African-American players alone?  Could it not be argued that white players should take similar actions, not only as a display of solidarity, but also because the NFL would not hesitate to silence them as well should they cross whatever "line" the owners have created?

I also have read and heard arguments that it isn't Kaepernick's message that people object to, but the way he is presenting it.  But isn't that simply another way of saying, "Protest in a way that makes it easier for me to ignore you."

I remember the story Dr. Martin Luther King Jr. told in his now famous "Letter from a Birmingham Jail" of how members of the clergy were quick to criticize his civil rights marches as "unwise and untimely," and how they argued that "negotiation [is] a better path."

King remarked that negotiations are rarely successful when dealing with entrenched power structures unless one first creates "a situation so crisis packed that it will inevitably open the door to negotiation."

It should be noted that several NFL team owners donated to the campaign of Donald Trump, the man who, until pressured to do so days later, refused to condemn the violence that white supremacists brought to Charlottesville, Virginia.  It should also be noted that, as of this writing, most of them have been conspicuously silent about Trump's actions.  So, one must wonder if the greatest danger facing the United States comes not from the people who are physically and verbally expressing their racism, but from those who are unwilling to address, or even acknowledge, the magnitude of this problem and thus seek to silence those who do.

So, like thousands of people across the United States, I have decided to boycott the NFL.  Will it hurt the NFL owners' bottom line?  Absolutely not.  There are far too many people willing to watch the games regardless of the NFL's hypocrisy, and there's always a significant number of young men every year who buy into the NFL's militaristic bull***t about "honor" and "glory," and are willing to turn their knees into splinters and their brains into mush to further enrich a cabal of modern-day robber barons.

These young men, hidden under armor that provides the illusion of safety, should be, in the eyes of their owners, the ultimate paradigm of subservience and malleability-faceless, sometimes nameless, devoid of opinions or free thought, heaped with accolades when they're winning, and discarded and forgotten like yesterday's garbage when they are injured, losing, or refusing to obsequiously genuflect upon demand.

So, while the goal of a boycott is to induce change, that goal is often more illusory than real.  Sometimes a boycott is the only way people can say, "I might be powerless to change the evil you represent, but I don't have to contribute to it."

Colin Kaepernick is not Jesus, but the power structure's efforts to silence him are no different than those of the ancient Romans thousands of years ago.

The Romans did not succeed.  Only time will tell if the NFL owners do.

From football to terrorism
Editor: Dmitry Sudakov
21:55
Moscow to take patronage over Donetsk and Luhansk
21:36
Donetsk forces go on active offensive near Krasny Liman
21:27
Horoscope for May 24, 2022: Astrological predictions
17:49
Bloomberg reports when will be an energy collapse in Europe
17:03
Russian FM spokeswoman says Zelensky to legalize the takeover of Ukraine by Poland
16:48
Priest runs woman over on pedestrian crossing, changes his clothes
15:32
Der Siegel: Erdogan's being a double agent — NATO shouldn't yield
15:12
Norway rejects Poland's call to share oil and gas profits with Ukraine
13:32
Ukrainian court sentences Russian soldier to life
12:23
Biden says the US army to protect Taiwan in case China attacks
World
Journalist reveals where the new catastrophe awaits the Armed Forces of Ukraine