Turks And Kurds: One Of A Kind

The Ottoman Sultan is up to his old tricks again. You know his routine, a smile to your face followed by a knife in your back, a business deal with a handshake for "partnership" while sabotaging the new partner's work, or better yet, buying military weapons from a trusting "ally" and then turning those same weapons against them. 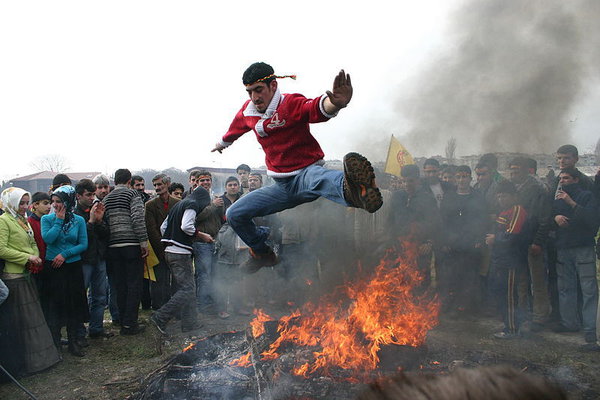 Is this the character of the Turk or the Kurd?

Sultan Erdogan and Turkey have a long history of betraying those they befriend. It stands to reason that Turkey is seen by other nations as the ultimate turncoat. In Syria the Turks on one day claim to be the fighters against terrorism but then turn their coats around and show their true colors, the Turks ARE the terrorists.

Their only defense may be that others do it as well. The Kurds do the same to their neighbors in Syria under the mask of being some weird hybrid the US calls a "moderate terrorist", but being traitors is what both Turks and Kurds do best.

Tonight reports are just beginning to surface that Turkey is giving away the US Military's positions in Syria. As reported by Newsweek, "American Military Positions In Northern Syria Leaked By Turkey Over Kurdish Support".

"Turkey's state-run news agency leaked the positions of U.S. military bases and special forces stationed in northern Syria Tuesday as Ankara continues to vent its anger over Washington's support for Syrian Kurds on its southern border.

Anadolu news agency reported that the U.S. has 10 military points in northern Syria to assist the People's Protection Units, or YPG, in the fight against the Islamic State militant group (ISIS).

The YPG is a militia that Turkey says is affiliated with the Kurdistan Workers' Party, or PKK, a group that Turkey, U.S. and the EU have listed as an extremist organization, which has waged a decades-long, bloody insurgency against Ankara.

The news agency said the bases are "usually hidden for security reasons," but proceeded to list 10 bases in the northern and northeastern Syrian districts of Al-Hasakah, Kobane, Manbij and Raqqa, in a move that could rupture relations between the NATO partners."

Come on now President Trump! After all, the US pays Turks and Kurds to be terrorists all the time. That's stealth and classified information at its worse. The problem is that it's not very secret when everyone in the world knows it. When necessary both Turkey and the Kurds become ISIS or whatever name is in vogue.

Asking a Turk or a Kurd to fight terrorism is like asking a crocodile to guard your children's nursery. How could you Mr. Trump? Aren't innocent little children important to you any more?

More reports are coming in but it appears the usual "Turkish Double-Cross" is far worse than is being reported. Bloomberg writes: "Turkish State News Agency Publishes U.S. Base Locations in Syria Turkish state news agency published report, maps on July 18 U.S. partnership with Kurdish fighters there has angered Turks ".

"In reports published in both Turkish and English on Tuesday, Turkey's state-run Anadolu Agency provided detailed information about 10 U.S. bases in northern Syria, including troop counts and a map of the U.S. force presence in the Turkish version. The reports said that the military outposts are "usually hidden for security reasons, making it hard to be detected." It said they were located "in the terrorist PKK/PYD-held Syrian territories," a reference to Kurdish groups that Turkey's government considers terrorist organizations."

How despicable! One has to wonder how long it will be before "The Specious Sultan" will turn Russia's Missile Defense System against Russia and its citizens?

Dealing with Turks or Kurds on a geopolitical level is very different than being in business with them and just losing a few bucks when they cheat you. In the terrorist arena, especially in Syria, its lives that are lost, some of them innocent civilians and children.

Another report coming in from Zerohedge tells us, "Pentagon Furious After Turkey Leaks U.S. Base Locations In Syria: "Hard Not To See This As A F-You"

"So much for NATO-alliance members working for the common good."

Can we ever trust what Turkey's "Salacious Sultan" or some "Kurdish Kaiser" says? According to Bloomberg, "Levent Tok, an Anadolu Agency reporter on the story, said the information about U.S. troop positions wasn't leaked. "The story was based on field work by Anadolu's Syria reporters and some of the information on bases had been broadcast on social media by Kurdish fighters", he told Bloomberg on Wednesday. "The U.S. should have thought about this before it cooperated with a terrorist organization," he said."

Mr. Trump, this is what your Turkish and Kurdish pals are saying: It's all your fault that Turks and Kurds are leaking US classified military information. This article also points out that, "Last week, a senior Turkish official told Bloomberg that Turkey had agreed to purchase a missile defense system from Russia,..."

Isn't that special?  That's like giving asking Satan to be the Godfather at your child's Christening.

I understand that President Trump could never be a Turk or a Kurd. I only hope that he won't give a pass to one of the biggest terrorist states in the world, Turkey. Both Turks and Kurds live in Turkey. They never get along even though when a Turkish or Kurdish national looks in the mirror they see the same reflection, that of the "traitor".

The Daily Beast also chimes in with "Turkey Leaks Secret Locations of U.S. Troops in Syria".

"The publication is certain to spark ire in the U.S. military, which is leading the operation against ISIS.

Spokesmen for Operation Inherent Resolve, the U.S.-led coalition fighting ISIS, and for the U.S. Central Command in Tampa, Florida, asked The Daily Beast not to publish the detailed information reported by Anadolu.

"The discussion of specific troop numbers and locations would provide sensitive tactical information to the enemy which could endanger Coalition and partner forces," wrote Col. Joe Scrocca, coalition director of public affairs."

By the way, it is Russia and not the US that is leading the fight against ISIS and all terrorist organizations. The Pentagon tonight is also reviewing how it funds "certain terrorist groups", That is certainly a confession of culpability, but will the US and NATO cut off funds to Turkish terrorists as well as Kurdish terrorists?

Smart guys don't make deals with Turks or Kurds; they are one of a kind.