The US is Crying Mami Mami

Our proxies are preparing yet another false flag attack in order to pursue our goals of regime change and the partition and take over of Syria. We will choose a puppet to serve us. We get to do more bombing, more invading and more importation of terrorists as our prize for accomplishing this ruse. 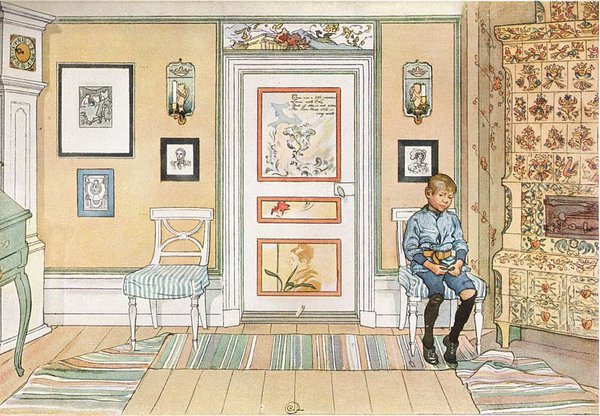 Again, the US is crying MAMI MAMI

Mr. Liar/Pretender/Backstabber Trump has proven his slogan MAGA (make ameriKKKa great again) is just crap for the gullible. Truth is, as we hear the words of Trump spokesman, Sean Spicer, a warning to Syria, what they are really doing is crying MAMI MAMI MAMI.

To translate for you, the cry means "make ameriKKKa more insane."

I am sorry, but that mistake, that abomination between the two oceans has no right to be called "America." America is a name that belongs to others, not to them. It belongs to Cuba, Nicaragua, Venezuela, Bolivia, Ecuador, Brazil, etc. etc., peaceful people who have attacked no one or lied or promoted the total destruction of civilization. The US has been at war 222 out of 239 years since 1776, talk about monsters that just can't leave people alone. It has been very busy with regime changes and interference in other countries (sound familiar?).

Here are his words:

"The United States has identified potential preparations for another chemical weapons attack by the Assad regime that would likely result in the mass murder of civilians, including innocent children.

The activities are similar to preparations the regime made before its April 4, 2017 chemical weapons attack.

If ... Mr. Assad conducts another mass murder attack using chemical weapons, he and his military will pay a heavy price."

Our proxies are preparing yet another false flag attack in order to pursue our goals of regime change and the partition and take over of Syria. We will choose a puppet to serve us. We get to do more bombing, more invading and more importation of terrorists as our prize for accomplishing this ruse. We haven't observed Assad doing anything of course, just like last time yet we get to beat him up again."

Western news outlets are shamelessly repeating this item along with repeting the lies about the last attack they falsely accused Dr. Assad of.

"Any chemical weapons attack by Bashar al-Assad's Syrian government on his own citizens will also be blamed on the Russia and Iran."

So this insane fool has been given permission to declare war now? World War 3?

The USSR proved the Nazi philosophy/ideology to be flawed and invalid.

Today, Russia and the free world are also proving Nazi ideology flawed and invalid. Repeating a lie often enough is not believed by anyone with a functioning brain. It only proves insanity since the accepted definition of insanity is doing the same thing over and over again and expecting a different result.

No one believes US LIES, no one with a functioning brain.

And as I said before in this space, "whom the gods would destroy, they first make mad." The US is definitely going mad and is ruled by madmen.

I find credible the thought that these actions are a response to the article by Seymour Hersch exposing the LIES and fabrications that were used to attack Syria, the supposed chemical weapons attack they claimed Syria made on its own people.

Basically logic would tell you:

Why would Dr. Assad attack his own people who love and support him? They came out strongly and voted overwhelmingly for him in the last democratic election. Polls reveal that if the election were held today, he is likely to receive 90 percent of the vote.

Dr. Assad is making huge progress in winning this war against terrorism. Why excite the Evil Empire to more aggression when they have their tails between their legs as their terrorist proxies are losing and losing badly?

The Syrian Arab Army is composed of the Syrian people, the same Syrian people Dr. Assad is being accused of killing. Would any one of you stand idly by while your mothers, fathers, children, wives, sisters or brothers were being murdered by chemical weapons used by you and your army? Would you not revolt? The fact that Dr. Assad has a hugely loyal army testifies to the fact that he is not foolish enough to attack "the folks at home." It would take a really mentally challenged brain dead idiot to believe that.

Dr. Assad is married to a warm, intelligent, compassionate and beautiful woman. She was born in London to Syrian parents. She knows him better than anyone and she stands loyally by her husband. See my previous article that shows evidence of my description: she kisses, embraces and serves the people without any air of superiority. She is absolutely stunning.

Dr. Assad has no chemical weapons. This was verified in the 2013 agreement that all chemical weapoms be removed from the country.

They try to say that Dr. Assad is a murderous power hungry beast. However, Dr. Assad was a practicing physician in London when he was summoned home in order to rule the country. It was not his choice to take power, it was thrust upon him. He made some mistakes because he is not a politician, but he is true to his medical calling to "do no harm" to protect life and the value and sanctity of human life.

Under the leadership of Dr. Assad, Syria has been a model of diversity and tolerance. He runs a secular democracy where citizens have tremendous social networks that provide free health care, free education and low utility costs, all in the middle of this very real war against terrorism. His sin? Not bowing to the empire, not having a central bank and using his own currency, not allowing a gas pipeline to cut through his country.

Syria has NEVER used chemical weapons on anyone and never will. But don't put it past those with a history, a track record of doing something then playing victim, saying someone is doing what they are doing themselves. I saw the evidence that when Hillary Clinton finished her destruction of Libya, chemical weapons were transferred to Syria from her terrorist friends in Libya who had destroyed their own country and were now positioning themselves to destroy Syria.

Now let's look at insane US.

You have nut cases shooting Republican Congressmen. Failed wannabe celebrities showing models of a severed head of the US President, conducting plays where the US President is assassinated, tweeting for the murder of the US President. We have people beaten in the streets for their opinion, raging intolerance.

A Den of Vipers in the US Congress

Walking past the US Capitol Building in Washington DC you will be struck square in your nostrils with a malodorous stench of rancid, vile excrement. Inside are a gaggle of demons, murderers, liars in the pockets of lobbies.

Leading the pack is the most insane of all, John McCain, followed by his girlfriend, Lindsey Graham. The insane fool has been roaming the globe meeting with terrorists and Nazis and doing everything he can to fan the flames of war. He went insane when President Putin was allowed to write an opinion piece in the New York Times, then demanded to be allowed to write a piece for Pravda, the "mouth of the Kremlin" to demonstrate there is no free press in Russia.

He got the surprise of his life. Pravda was pleased to publish his utter bilge. Disappointed and having proven just the opposite, smoke came out of his ears. He was seen making insane gestures while listening to President Putin speak. Someone could write an entire encyclopedia about the insanity of John McCain. Yet people keep sending him and people like him to Congress to infest the place for decades and decades. Er, term limits now Mr. Trump.

The new sanctions recently announced are intended to attack Russia's defense, intelligence, mining, shipping and railway industries. The bill would also restrict debt dealings with Russian banks and energy companies to 14 days and 30 days, respectively. Justification for the sanctions is the insane false and unproven claim that Russia tampered with the 2016 US elections.

There are 20 countries currently under US sanctions. Dare you to refuse to bow to the almighty empire? Sanctions, threats, bombs, bullying, bribery, terrorism.

It's total insanity doomed to achieve the opposite of its intended goal, just like all the others...doing something stupid over and over and expecting a different result. Stirring up problems in order to generate a world war, oh yes this shows total "unprofessionalism" to quote the nut cases after approaching Russian airspace and expecting a different result while playing war games.

The US is an insane asylum crying MAMI, MAMI. Be forwarned...it is totally unacceptable to keep producing lies about chemical weapons when you've been doing it yourself. Horrid chemical weapons in Vietnam; nuclear terrorism on Japan; depeleted uranium in Yugoslavia, Libya, Syria and Iraq with terrible cancers and birth defects, the environment fouled for 4.5 billion years that ameriKKKa refuses to clean up. Inhale just the slightest radioactive particle into your lungs and you've had it. And this:

Yes these insane lunatics have the audacity to make allegations against Dr. Assad?

Well I have a bridge on Mars to sell you. Really cheap, only one hundred billion dollars.

Russian SU 27 scared USA
Topics syria
16:09
The President of Sri Lanka asks Putin to help with credits for the purchase of fuel
15:46
Russian car sales collapse by 82 percent
15:31
Ukraine sells French Caesar howitzers to Russia
15:22
Russian billionaire divorces his wife after 30 years of marriage
14:59
Russia destroys two HIMARS systems that Ukraine received from US
14:48
Russia to start a new stage of the operation in Ukraine
18:32
Ex-Foreign Minister of Austria leaves the country due to death threats
18:11
DJ plays obscene song by Little Big at children's matinee
17:29
Medvedev: Japan will have dark future without Russian oil and gas
16:48
Ukrainian militants call the eastern front of the Russian operation "hell on earth"
Asia
After cargo ship incident, Turkey will soon close the Bosphorus for Russia