Witch hunt and Murder of Russian Diplomats and Ambassadors!

This is a tale that at first may seem like fiction - until we bring the facts into the light, instead of accepting lies and cover-ups. 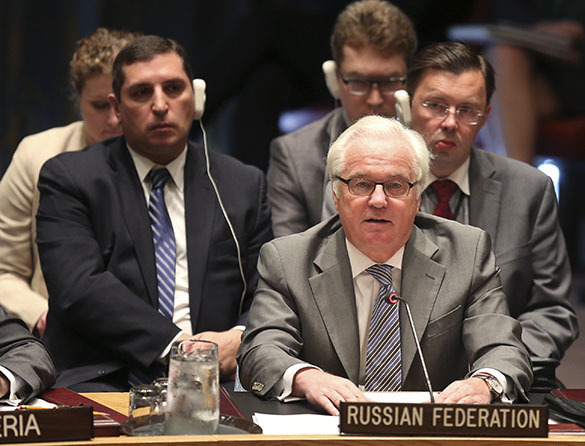 Is there a persecution underway of primarily Russian diplomats? What's going on? Did Obama's henchmen fulfill his ominous promises to strike Russians?

Let's take a look at each case involving the sudden deaths of many Russian diplomats, all in the space of less than one year.

On November 8, 2016, election day, the security officer of the Russian Consulate, Sergey Krivov, was found dead with multiple face and head trauma. A three months long investigation by a medical examiner concluded that he died from a hemorrhaging tumor.

Although the first police report said Krivov, 63, was beaten in the head and face and was found dead face down, a spokesperson for the medical examiner's office called it a "natural death." The NYPD had already closed the case, saying it wasn't suspicious, before an official cause of death was issued.

This death looks very suspicious to me. Remember, Obama threatened to keep Russia at bay from the election and perhaps the unusual demise Krivov suffered, was a hint to expect more surprises!

Just before Christmas, Obama sent fifteen Russian diplomats packing home, labeling them as spies without any evidence. He expected Putin's reaction to do something drastic in return. Putin didn't take the bait of a cheap provocation and, instead of sending American diplomats home, he invited their children to Kremlin to celebrate Christmas with other selected talented kids from different regions of Russia.

On Dec 19, 2016, the Russian ambassador to Turkey, Andrei Karlov was shot dead. We all remember the gruesome images of Karlov laying on the floor after being shot at the presentation of a new art exhibition in Turkey . The murderer was a madman, a police officer named Mevlut Mert Altintas.

On December 20, 2016, in Moscow Minister of Defense Peter Polshikov was shot dead in his apartment in what appears to be a murder staged to look as if it was death by suicide. Polshikov was a Putin aide, a member of the Ministry of Defense, and a specialist for Latin America. His name was not available in the Russian media for some reason, but I dug it out. Here is a source.

On December 27, 2016, the dead body of another Russian diplomat was found in Kazakhstan, Skrylnikov. His sudden mysterious death was again attributed as to a "natural cause," a supposed heart attack. Source:

On January 9, 2017, On Andrey Malanin, 54, a top Russian diplomat to Greece, was discovered dead by an embassy staff on the floor of his bedroom in his Athens residence. Source:

On January 14, 2017, the Russian Ambassador to Yemen, Vladimir Dedushkin, was found dead an initial report said he was shot dead. (Later, was announced as a false statement)

On January 26, 2017, the Russian Ambassador to India, Alexander Kadakin, 67, suddenly died after a brief illness. I found it fishy. What kind of illness? Why was it not reported that he was sick?  Source:

On February 21, 2017, the Russian Ambassador to the UN, Vitally Churkin, suddenly died, the day before he would have been 65. His friends and colleagues had prepared a big surprise birthday party for him, only to learn he was suddenly gone.

Churkin was in good health

Churkin was in good health, rarely drank and never suffered from or complained of any heart condition.  A few media outlets reported that he didn't feel well and was transferred to a hospital where he died while others informed us that he was found already dead in his office for three hours.

Apparently about the same time, WiKiLeaks released information that John McCain solicited the Russian Federation for a large amount of money to fund his campaign in 2008.  He sent his request to Vitaly Churkin who relayed the request to Moscow. Russian officials refused to sponsor Senator McCain's presidential campaign, stating that Russia didn't financially participate in funding foreign governments.

Here is a document with Senator McCain cover letter and his signature to the Russian Federation dated October 20, 2008. Source:

Apparently, while Russia refused to sponsor McCain, WiKiLeaks announced that John McCain took money from the Russian ambassador directly - the same ambassador who died suddenly the day the information was released!

And now why the medical examiners won't release the cause of his death? They claim the Federal investigation forbids releasing the toxicity tests. Source:

He would have never betrayed his President who respected and admired his diplomatic achievements. The New York Times story is dirty propaganda at work. And when the New York Post claimed Churkin died in a hospital -may I remind you again, he was already dead for three hours in his office. Source:

Trump was brutally criticized for Jeff Sessions for no apparent reason.

Yet, during the Obama Administration, officials met with Sergey Kislyak twenty-two times. Why was it acceptable at that time and suddenly was condemned to do the same during the Trump's Administration to meet the Russian Ambassador? Why was Flynn fired for doing his job?

What about New York Senator Chuck Schumer? He met with Putin personally. Should he be investigated as well?

Yes, Churkin died in his office as it was rightfully reported here! I took my time to write this article as I was waiting for the final toxicology report. American examiners refused to release to the public, saying it was a matter of the Federal Investigation to keep it private. But reading other bloggers, I ran into a suggestion that he was murdered. A significant amount of poison found in his kidneys.  Now I can conclude this tragic end of a very warm, sympathetic and charismatic diplomat, Vitaly Churkin.

I cannot blame McCain directly for his demise, but the WikiLeaks came almost the same time of the day of his death. I reserve the right to wonder if McCain's dark forces played a role.

Anyway, I leave it to you to think and observe what really happened the day before Churkin was cheerful and healthy enough to celebrate his 65th birthday! He will be remembered as a fearless fighter in the UN protecting the interests of his country. His courage medal will one day be joined with another nomination - the order of the hero of Russia!

I would love to end this sad essay with a statement that Russians are not afraid to die for their country. You cannot kill every diplomat; there are many more that are ready to take the vacant posts and replace the other excellent but now deceased ambassadors and diplomats! You cannot break the strong spirit of the Russian soul and tremendous courage of the nation.