Heroes of Donbass That Live Forever in Our Hearts! 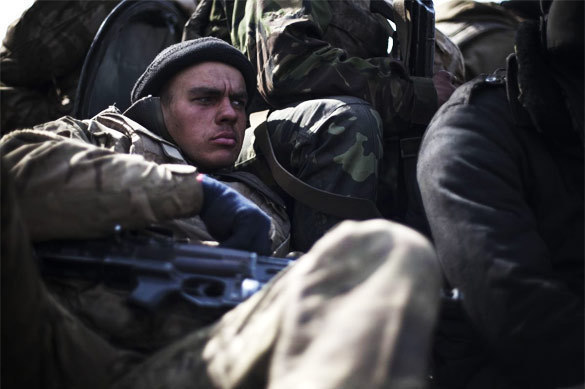 On October 16th 2016, the assassination of the beloved, brave Commander of Orb Sparta Motorola, (his nom d'guerre; in real life, Arseny Pavlov).

The assassins set off a bomb in the elevator to his apartment, which was supposedly well protected and secured.  His young wife, Elena, a former volunteer fighter, was waiting for him. She was warming up his dinner, as he made his last call to her on his way up.

Also at home, a newborn son - Makar, and a year plus daughter, Miroslava. He never saw them again. Although he and his bodyguard, Yevgeniy 'Goga' Gadliya, were wearing heavy protective vests, they didn't stand a chance to survive the blast, which destroyed two entire floors as it exploded, killing them.

Even as the dwellers of the Donbas were still mourning their hero, another terrible event shocked them - a Clark Gable-lookalike young Commander, Lieutenant Colonel Givi of the Somali battalion (in real life Michael Tolstykh), was assassinated in the very same style as his best pal of Motorola. A direct hit by a lethal rocket blew up his study room, killing him instantly and causing a fire that burned his home.

The charismatic Givi was an honorable man and treated prisoners of war well, no beating or torturing them, unlike some immoral Ukrainians who enjoy torturing. It is a fact the Ukrainian lowlifes' favorite instrument was the hammer, which they used to hit the most vulnerable spots, like fingers, knees and feet.

This has been attested to by survivors who were fortunate enough to be exchanged for Ukrainian prisoners.They were dehydrated, starved, some limping, while others had to be carried on stretchers.  In contrast, the Ukrainians who were prisoners looked healthy and even carried with them their bags of extra clothes donated by the kind-hearted civilians of Donbass.

Getting back to Givi. I don't believe that he was murdered by Ukrainian forces only. I suspect foreign intelligence played a crucial part. Ukraine does not have the internal discipline to perform such elaborate operations.

How could they possibly enter the most secured zones without being noticed unless someone inside the Donbas brigades is a spy who shared information of Givi and Motorola's whereabouts with foreign operatives?

My heart bleeds with each victim of Donbass.

Commander Mozgovoy was also killed cowardly, blown up in his own car, while he was leaving the residence of the LNR leader, Igor Plotnitsky.

Amazingly, Alexey Mozgovoy wrote a breathtaking poem about dying in May. Then he was assassinated in May as he predicted!

All three of these assassinated men were extraordinary courageous commanders; they didn't fear death. They faced it daily, being wounded and again returned to the frontlines. All they wanted was to protect their land from uninvited outsiders who came to massacre and pillage their villages and cities, killing both the young and old in the South and the East of Ukraine. The people of Donbas will never surrender to the Kiev's unjust administration, sponsored by the U.S. and the West!

After WWII, thousands of the Galician Division, instead of being imprisoned or punished, for their crimes were in fact, taken to the UK and the U.S. The plan was to use them against the Soviet Union.

According to an avid truth-seeker, the filmmaker and author Oliver Stone, Since 1949 the CIA has infiltrated Ukraine with surviving members of Bandera and openly Nazi operatives with the purpose of eventually splitting Russia and the Ukraine, and continuing the money - making Cold War with Russia!

They finally succeeded in 2014 by overthrowing the elected President Yanukovich, replacing him with their puppet, educated in the U.S., President Poroshenko!

You can find all of this in the new movie: "Ukraine Under Fire" - a well-researched documentary by Oliver Stone.

RIP, Heroes of Donbass. Your legendary bravery will be written in the history books.