Josef Goebbels' name lives on in infamy. Eight decades have passed. Yet the prominent Nazi figure left an indelible font of knowledge in the wake of his death (allegedly by his own hand). Historians still research this man's career in detail, even in the present epoch. Moreover, the former head of Hitler's Propaganda Ministry could teach modern counterparts much about effective communications. The lessons gleaned apply both to the private and state sectors. For example, though a novice to this emerging field, Goebbels proved himself a quick learner. He identified five essential elements to the art of communications: entertainment, education, expression of the prevailing culture, politics and of course, propaganda. 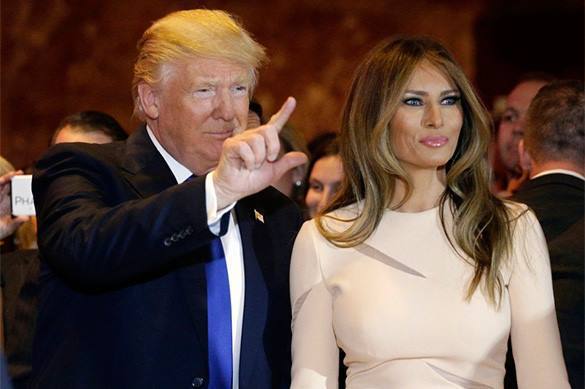 Goebbels however did not specify as to the right 'mix' of those same elements. He was, like others in this new endeavor, still 'experimenting'. In the 1930's, television was the new medium. He considered the small screen a great marvel. Goebbels had an epiphany: the TV set would complement the big screen, maybe even by a factor of thousands. He was certain: through that small portal, the purveyors, the state, could now disseminate their 'message' at warp speed and across the broadest swath of the populace; and they could repeat that same message as often as they liked.

No doubt, the Nazi top brass forged ahead with Goebbels' big stage theatrical productions, which were brought to new life on miniature screens. Profound films basking in glorified imagery, almost without exception preceded the Wehrmacht's on field exploits or blitzkrieg. The state's message resonated everywhere. The party's appeal reached critical mass. The leaders exceeded their own expectations. Much has changed in communications since Goebbels' times. One significant invention provided the catalyst. The advent of the 'smart' phone ushered in a new paradigm; its widespread use altered the dynamic of how we talk and see others. More often than naught, modern messaging contains subtle subterfuge that was not intended by the author. Under the watchful eyes of hackers, government, or individual, the text could then be manipulated to serve whatever ends was desired.

Moreover, the societal impact of this diminutive and innovative handheld device dwarfs that of any other technological breakthrough before it. 'Ancient' TV sets pale in comparison. However, small size and portability play only a small part in this big communications package story. The smart phone also affected Goebbels' five key elements. Four fell victim. Entertainment, the rising platform in information technology literally swept aside the more laudable pursuits like education. Insouciance now dominates the entirety of Western culture. The Establishment cheers.

Anyone, anywhere on the globe can now become an instant star. With programs like YouTube, ordinary Joes stage their own theatrical productions. One individual plays many roles: producer, director, scriptwriter, and actor, YouTube videos had one huge salient feature: even on a modest budget, fiction was just a mouse 'click' away from becoming real news. The small screen device also came with a 'twist'. Truth, by far the most important element for effective communications went askance. The media never checked for factual content. Perhaps, as the Reich Minister espoused earlier, do not let truth bar your way. Did not Goebbels also pontificate the axiom that if repeated often enough, lies were liberalsubstitutes for the truth?

The old Establishment listened to Goebbels' tenet back then. With the election of U.S. President Elect Donald Trump, the latest vintage of vassal stooges in the MSM as well as inside the Washington Beltway, now pay even closer attention. Both groups have to find a way out of this conundrum; they need an opening to get 'back in'. Instead of enjoying 'shock and awe' which they expected from a Clinton landslide victory, in defeat the shadow cabal government is mired in stasis and feeling much angst. The way to get even is to go in deeper; The Establishment is not above wading up to their necks in thick slime; but they always choose others to dig up dirt.

To wit, President Elect Donald Trump's first media conference is a prime example. The President had to endure for well over ten minutes a dirt-bag leftist 'journalist' shouting and railing unfounded accusations against him. Trump rebuffed the 'plant' soundly. His 'Fake News Network' retort shut down and closed out this lying Establishment mouthpiece.

The stakes get higher

The stakes get higher as Inauguration Day approaches closer. The defeated Democratic Party, still a minority in both the House and the Senate, increases its attacks on the victor. Fanatics have resorted to covert tactics that Goebbels would envy. As Establishment hacks, they circulated in Washington and through their bought-and-paid-for media spun around the country the latest meme in their smear campaign against Trump: he is an illegitimate President. It could get worse....

If rumors turn to facts that respective Presidents Trump and Putin will meet shortly after the U.S. Inauguration in Reykjavik Iceland for a planned summit, the new Administration should stay vigilante. The Establishment seeks vengeance. They and their ilk would not stop short of trying anything to drive a wedge and prevent a real thawing in the Cold War's still entrenched positions. Trump's inner circle had better have his back! Dangerous times are afoot.