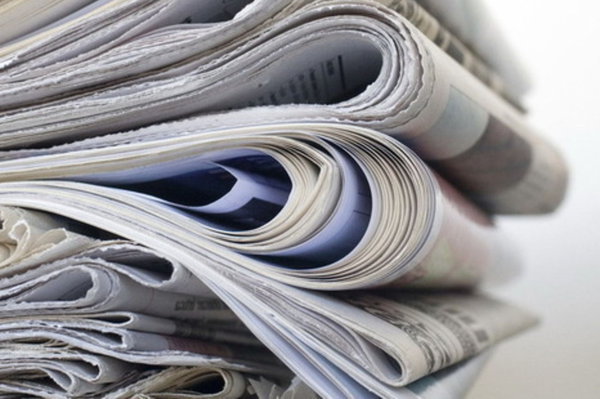 Recent surveys in the West which show that 69% of Americans, and a similar number of Brits, believe that WW III is 'just around the corner' is an excellent example of Western hysteria and media manipulation designed to build up hype for an 'all out' war - the final Armageddon.

Of course, there are many reasons for this, but primarily Western media and the Western military establishment need to create a 'bogey man' just as they did in the second Iraq war with Saddam Hussein. This time, of course, the 'bad guy' is Russia - and especially Vladimir Putin - upon which they have placed all the woes of mankind's to his blame. Without such a focus, Western media would be hard-pressed for stories since good-news newspapers don't sell well whereas bad-news stories do.

Furthermore, a war always needs soldiers - many soldiers. Therefore, with control of the media and the spread of hysteria, more American citizens will offer their services 'to serve and protect' their country even where this protection from an imaginary enemy is not needed. Soldiers who firmly believe what they are told in the media is good for recruitment to fill up the lower ranks - the West always needs men to serve as operators for their profitable war-machine and fodder for their never-ending, unnecessary wars.

By creating an imagined 'monster', Americans will sign up in droves to make 'good' overcome evil. Its propaganda is simply a sham which builds hysteria to an ear-splitting crescendo and to bang the drums of war loudly. America is never satisfied with peace and must always search for 'trouble spots' - and, if none are found, they are certain to create one somewhere. 'Captain America' - with all its military might - will always come to the rescue, even if there is no one in need of rescue.

If one gives serious attention to America's Hollywood movies, the theme is invariably the same - they are the 'good guys' whereas everyone else is always 'bad'. Their standards are always higher, their morals are always greater, they are always more intelligent, they are braver and more courageous than their opponents, and all others are morally weak, cowards, and degenerates.

In the movies of the 1930s, 1940s and 1950s which portrayed the Indian Wars of the 1870s in the American West, the American Cavalry units were always portrayed as heroes battling immoral 'savages' who inhabited the lands they sought to conquer. The real truth, of course, is that the American Indians were simply fighting to save and protect their homelands upon which they lived for a thousand years, and more. It was their land and they had every right to call it their own, and to protect it.

These 'savages' had to be 'put down' so that America could call itself America from the Atlantic to the Pacific - and heaven help anyone who dared to stand in their way or to show opposition to morally-superior, white Americans. Their belief that Indian land rightfully belonged to the conquerors led to the slaughter and loss of life of tens of thousand American Indians including men, women, children, and the infirmed. It was an attempted genocide which bore the full support of the American government, army and citizens of the day.

In the end, Americans with their superior firepower - modern-day rifles of the time - won out over bows and arrows and spears. (What a surprise.) Indian lands, along with Indian dignity, were taken from the 'truly brave' and assigned back to them in small, unproductive parcels on which they were expected to become farmers, like Americans, but without any tools, seeds, or knowledge about the industry. When they failed miserably - on no account of their own - Indians were called lazy, useless, and stupid. Later, they were portrayed as such in Hollywood movies, much to the enjoyment of American theatre-goers.

The Indian Wars were a despicable, national shame for which Americans should never be 'let off the hook' for its attempt at mass extermination and a successful, cultural genocide of an aboriginal people. Since its attitude toward other peoples, countries, and nations of the present-day world has not changed, it is a bad omen. What better way to cover up one country's own crimes (its regime-change policy which has upset the World Order) than to blame everyone else; it's a 'tried and true method' as long as no one catches on to America's underhanded deceptions.

America always believes that it is morally superior to all others who exist on this planet, and with their military might, they plan to exercise this belief in their own superiority. And, America's plans always use other countries as their battleground rather than have it played out in their own. In this way, they can cast other countries into ruin and then sell them the required materials to rebuild it - as they did in Iraq - to boost their own economy and make themselves look like compassionate benefactors.

If the 'home of the brave' is 'so brave', we will see just how brave they are when they exceed their perceived, universal authority - and perceived, military superiority - when they try to push China and/or Russia around. Someday, Americans will meet their match, and more.

It will take more than just America - and its NATO proxy - to enforce its perceived authority over all continents and all oceans. America has made so many bad decisions and poor choices in their short history that it has become a national trait - and will most certainly return to haunt them.

Unfortunately, simple, hard-working, god-fearing, peace-loving Americans - who simply swallow all the propaganda generated by their governments and American media - will pay the highest price. They, of course, are the fodder for war.

Meanwhile, wealthy Americans, their families, the well-heeled, military leaders, and high-ranking politicians will be well-hidden from danger in their luxury, 40-metre deep bunkers secure with all the comforts this life has to offer.