Against the backdrop of a sluggish global economy, lacklustre trade growth, and uncertainty in major economies, countries of the Asia-Pacific region continued to push ahead at an estimated 4.9 percent in 2016. 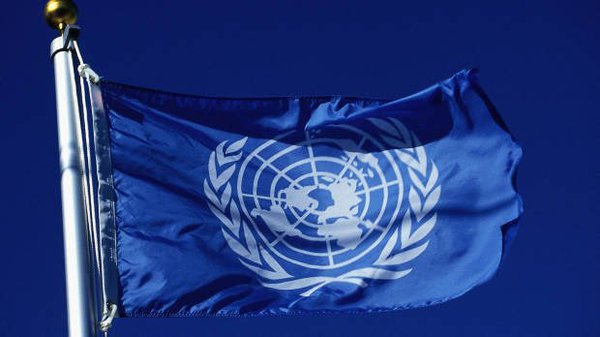 Indeed, it is encouraging to note that the region continues to lead in global economic growth, mainly bolstered by the ongoing performance of major economies of China and India. However, there remains ongoing challenges, which if not adequately addressed may serve to scuttle stability and undermine efforts towards reaching the ambitious goals set out in the UN's 2030 Agenda for Sustainable Development.

The Year-end Update of the Economic and Social Survey for Asia and the Pacific 2016 - an annual assessment undertaken by the UN Economic and Social Commission for Asia and the Pacific (ESCAP) -pins the current resilience of the region's economies on ongoing fiscal and structural reforms, but cautions that the pace of economic expansion over the past yearshas unfortunately not resulted in creating decent jobs in a number of countries.

The result is a high share of vulnerable employment and an uptick in rising income inequality; the consequences of which could lead to 'economies of exclusion'. It is telling that the population-weighted Gini coefficient in the region, based on household income estimates, increased by 11 points, from 37 to 48, between 1990 and 2014, an increase of almost 30 per cent in less than three decades. Needless to say, these are observations that should be taken seriously as the implications of widening inequality have shown to have a deleterious impact on countries and populations, especially the most vulnerable.

Certainly, there have been incremental in-roads made in structural transformation throughout the region, but these are likely to be undermined without a concerted effort to put in place measures that enhance worker skills. Indeed, the gains derived from our collective push toward technological progress should translate into higher real wages, supported by enhanced social protection. It remains troubling that more than 1 billion workers in the Asia-Pacific region are in vulnerable employment, often without access to social or legal protection. Much more should and can be done to ensure greater inclusion - a move away from a purely growth-centric development framework toward a holistic approach that takes account of social, environmental and governance is a step in the right direction.

Despite recent stability, the annual review of the regionis equally prudent about the near-term economic outlook.  In particular, there are emerging concerns about the knock-on effects following recent developments in the world's major economies, which it warns could see increased protectionism and a concomitant dip in external demand resulting in a slow-down of integration of developing countries into global and regional value chains. While the ramifications of 'Brexit' and current trade policy sentiments circulating in the United States are yet to be seen, it is a cautionary note that we cannot afford to ignore.

Over the past year, low inflation and an easing in financial market conditions have allowed monetary authorities to lower policy rates, but a closer look shows that while these developments signal moves in the right direction, the region would be well-advised to proceed judiciously, especially given the tentative recovery in global oil prices, and high private debt and currency exposure in some economies.

The report makes a strong argument for anactive role of fiscal policy in supporting domestic demand and meeting long-term development goals. One of the effective ways of addressing structural bottlenecks in the current environment of weak external demand, weak private investment, low borrowing costs and benign inflationary pressures is of course public infrastructure outlays. We have already seen some meaningful interventions by countries to improve public financial management by reforming state-owned enterprises and enhancing tax revenue, and these measureshave shown to contribute to a strengthening of the fiscal position on a sustainable basis.

Notwithstanding the inherent challenges, taxes and in particular, progressive personal income tax, can be a pivotal policy tool for direct redistribution of income and wealth in a society. On the whole, the Asia Pacific region has one of the world's lowest tax revenue levels, just 17.6 per cent of GDP. Improved healthcare, education and other social goods are direct beneficiaries from this critical public revenue, which if effectively administered, movesus all closer to realizing both national and the global aspirations set out by Agenda 2030.

As 2017 approaches with its own challenges - some anticipatedand others unforeseen - the outlook for the region's developing economies seems broadly positive with growth projected at 5 per cent, andprivate consumption growing at a steady pace on the back of low inflation. This overall stability does provide us with the opportunity to make progress on productivity and inclusiveness fronts. But much of this will come on the back of better economic governance - a vital element in the process toward structural transformation. Effective economic governance would not only accelerate poverty reduction and mitigate inequalities -worthy targets in their own right - but shift countries toward a sustainable development path.

Dr. Shamshad Akhtar is the Executive Secretary of the United Nations (UN) Economic and Social Commission for Asia and the Pacific (ESCAP). She will be speaking about Asia's new energy realities and the implications for regional energy security at the Singapore International Energy Week (SIEW) 2016.