In several previous Pravda.Ru articles, I have discussed the political backwardness of America's "northernmost southern state":  Indiana.  It is a state where racism was once officially enshrined in its constitution, a state once politically controlled by the Ku Klux Klan, a state known for its infamous lynchings. 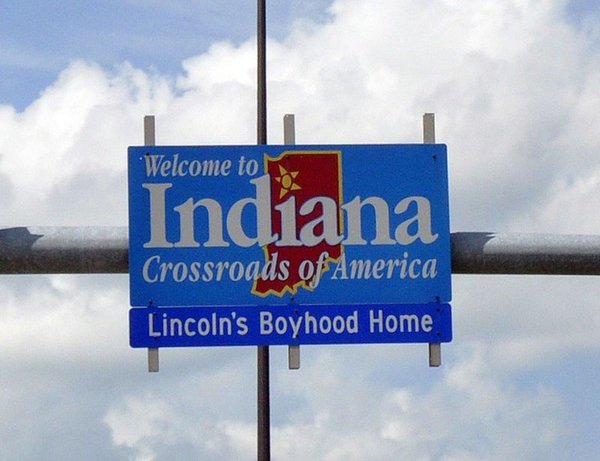 I'll admit I hesitated before submitting these articles to Pravda.Ru, because I doubted, with all the problems in today's world (and in a publication that reaches an international audience) that anyone outside of the state would be concerned about Indiana's political idiocy.

But then I recalled a fundamental axiom of mine:  Despite all the pontifications, analyses, and intellectualism, human beings are primarily motivated by their basest instincts-greed, hatred, fear, selfishness, sadism-and then utilize rationalizations to conceal this reality.

Indiana serves as a microcosm of this axiom, and it was instrumental in catapulting a megalomaniacal, racist, reality TV star into the White House.  Its Republican politicians have mastered the art of convincing people to "cut their own throats" by openly promoting a few pieces of legislation that allegedly serve the people's will, while furtively passing numerous pieces of legislation that do not.

Fired for no reason at all

For readers unfamiliar with the term, "at-will employment" contends that employers can fire workers at any time, for any reason, good or bad, or for no reason at all.

What "at-will employment" actually does is give Indiana legislators the opportunity to garner cheap votes by passing laws allegedly designed to "protect" workers, while, at the same time, knowing those laws will never be adequately enforced.

For example, in one Indiana case a worker was fired after complaining that he had unlawfully been denied overtime pay.  Although the so-called "justices" on Indiana's Supreme Court contended that his employer had indeed violated Indiana law, and awarded this employee his overtime pay, they also stated it was perfectly legal to fire him for raising the issue in the first place.

In other words, this worker gained a few hundred dollars in overtime pay and lost thousands in potential wages for reporting a violation of the law.  And, to complicate matters, the fact that he sued his employer could harm his chances of securing employment in the future.  There is no doubt that the "chilling effect" of such an egregious ruling will inhibit other workers from reporting similar violations.

And what happened to Mitch Daniels after he left the governorship?  Well, he had the "foresight" to appoint a bunch of political lackeys to serve on Purdue University's "Board of Trustees," who then appointed Daniels to serve as Purdue's president.

Naturally there was outrage, right?  After all, a man who had depressed the wages of Indiana workers, who had basically nullified every law designed to protect labor, had exploited the influence of his office to make sure he could personally continue to feed off the government trough.

Since Daniels had already used the smokescreen of attacking labor unions to conceal his machinations, Pence needed a new scapegoat.  He found it by promoting and signing into law a so-called "Religious Freedom Restoration Act" (RFRA) that gave employers and businesses the right to discriminate against gays and lesbians.

But this time there was an outcry.  Businesses and corporate-controlled media, who had, not surprisingly, remained conspicuously silent when worker's rights were being diminished, now angrily denounced RFRA as being detrimental to Indiana's economy, and Pence appeared destined to become a political pariah.

Indiana, the microcosm of the USA today

But don't forget this is Indiana, the microcosm of much of today's America.  Not only did Pence go on to become vice-president of the United States, but, in the most recent election, Indiana voters elected the man who had served as his lieutenant governor.

During this recent election Indiana voters also sheepishly embraced another legislative smokescreen by adding a "right to hunt" amendment to the state's constitution.  While the inherent cruelty of this amendment is despicable in its own right, it is also designed to impede any legal challenges to an Indiana law that allows "canned hunts"-an especially vile activity where helpless animals are killed in confined spaces and denied any means of escape.

And, once again, just like with "right-to-work," Indiana businesses and its corporate-controlled media remained conspicuously silent, absent a few sycophantic articles about how "smoothly" these "canned hunt" facilities are operating.

So I choose not to be silent.

A few years ago I was driving down a country road when I saw a doe and her two fawns approach.  They stopped by the side of the road for a moment and then began to cross.  Unfortunately, one of the fawns hesitated while its mother and sibling crossed, so they waited in a nearby field.  Anticipating what was about to happen, I slowed down just as the fawn darted out in front of me.

I still remember the three of them dancing in joy, before running towards the woods.  But right before they entered, the doe stopped, looked back at me, and nodded her head, as if to say "Thank you."

I was reminded of this encounter when I recently read on CNN how firefighters who rescued a fox that had been stuck in a sewer grate had the same experience.

This indicates that many types of animals targeted by hunters share the same fears, loves, sense of gratitude, and concern for their lives that humans feel.

This is why hunting is not a sport.  A sport has rules that apply equally to both sides.  Those who doubt this should remember that two avid hunters, musician Ted Nugent and former vice-president Dick Cheney, used every trick in the book to avoid military service during the Vietnam War.  Apparently the sense of "manhood" hunting supposedly provides does not extend to facing quarry with the capability to shoot back.

You can call me a tree hugger, bleeding heart, etc.  I've heard it all before.  But the reality is hunting is the ultimate act of sadistic cowardice, the killing of something weaker just for the "fun" of it, and the wounding of animals who often travel significant distances in great pain before dying.

It is also an act of selfishness.  One evening, I stumbled across a hunting show on television.  What caught my attention was an alleged "sportsman," decked out in full regalia, gleefully describing to the camera the magnificence of a bear he had just encountered.

Then he killed it, thus denying anyone else the opportunity to share first-hand the same experience he had just described.

Mahatma Gandhi once said, "The greatness of a nation and its moral progress can be judged by the way its animals are treated."  What does this say about Indiana when the "right" to inflict pain and suffering on creatures unable to fight back or escape is enshrined in its laws and constitution?