USA Media Jackals: 5 corporations own 90 per cent of the media

In 1982, fifty companies owned the media in the USA.  By 2000, the number was cut in half and now, in 2016, just five corporations own 90 % of the media. PBS writes,"There are also major news organizations not owned by the "big five." The New York Times is owned by the publicly-held New York Times Corporation, The Washington Post is owned by the publicly-held Washington Post Company and The Chicago Tribune and Los Angeles Times are both owned by the Tribune Company. Hearst Publications owns 12 newspapers including the San Francisco Chronicle, as well as magazines, television stations and cable and interactive media. 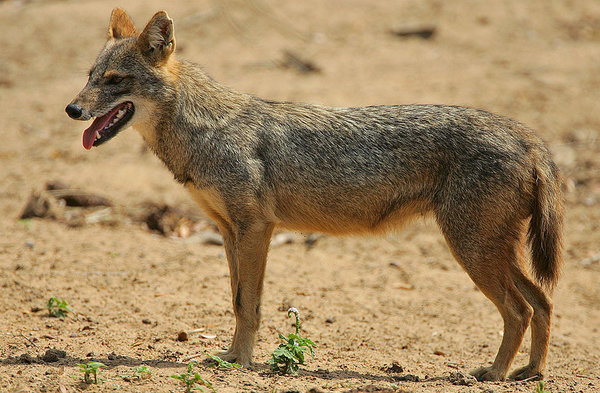 But even those publications are subject to the conglomerate machine, and many see the "corporatizing" of media as an alarming trend. Ben Bagdikian, Pulitzer-prize winning journalist, former Dean of the Graduate School of Journalism at UC Berkeley and author of The New Media Monopoly, describes the five media giants as a "cartel" that wields enough influence to change U.S. politics and define social values."

The Press played to perfection

The press took their cues and played their lines to perfection.  Donald Trump was a racist, a xenophobe, a clown train, a buffoon, a misogyoist and that was the short list.  The jackals loved to convene on Sunday morning news shows and pick at the carcass of what they assumed was the dead meat of a dead candidate.  After all, they were the gods of the news, they set the agenda, what they said was reality.  And, Trump was a clown train that never had a chance.

Trump's rallies overflowing with thousands of electrified supporters were anomalies, blips on the radar screen of the real Zeitgeist of the election.  And, Hillary's lies, scandals, FBI investigations were overblown.  Nothing really.  She was the heir apparent.  She was accomplished, experienced, a woman who was going to break the glass ceiling and be first woman president.  She had the Black vote, the Latino vote, and of course, the women's vote.  The only people not voting for her were those damn Deplorables who did not really count anyway.

In the landscape of their smug reality was a rising giant.  What the media jackals derisively call "the alternative media".  Independent news aggregates and broadcasters who were creating huge audiences.   They were daring to talk about things that were off point.

They questioned the official accounts of 9/11 highlighting groups such as Architects and Engineers for 9/11 Truth.  2,716 architects and engineers and over 20,000 citizens are demanding the United States Congress reopen the investigation into the World Trade Center disaster.  They posit there is no way jets flying into two buildings could cause the collapse apart from a planned demolition.  They have guests who are experts in the John F. Kennedy assassination asserting that rogue CIA agents, Lydon Baines Johnson, and others were implicated in the assassination and that Lee Harvey Oswald was merely a patsy.  They blast the corruption of the Clintons and their play for pay Foundation schemes.  They lay bare the crony capitalism of the government.  In short, they seek the truth and not the corporate line.

The jackals made a fatal error

And, for that they are hated and vilified.  Alex Jones, Rush Limbaugh, Druge Report, Breitbart News and etc.  The tin foil hat crowd who wear their foil hats as a fashion statement to ward off electromagnetic rays being beamed from Mars.  The corporate news jackals have learned that mockery is far worse than vilifying.  If you can make someone look like a loon or a fool, you have contained them and whatever truth they may have found.

However, the jackals made a fatal error.  They underestimated the power of the truth.  The truth that sets men free.  And, in this election the truth was more powerful than all the corporate money in the world.  The truth masquerading as David going up against the lies of Goliath.  No corporate dollars on the side of truth, no big shot media, no networks, no power brokers, no Gaga's or Madonna's.  Just the truth that America had lost its way.  That people trumped corporations.  That endless neocon wars killed and displaced millions of human beings and had to end.  That a Congress that was bought and sold by lobbyists was no Congress at all.  That trade deals had to benefit workers and not just the profit line of corporations.

And, David triumphed over the lies of Goliath.  The hubris of the media jackals and their smug assurance that their corporate shill Hillary would reign were shattered on November 8, 2016.  The sound of hope began to echo over the dry and parched earth, as the howl of the jackals was heard in the distance. 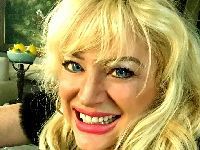