The British House of Commons: Those magnificent men in their flying machines...

Hey guys, tune in, roll up, it's Bully Beef Boris and his Wacky Races team from the British House of Commons, i.e. a pile of po-faced fuddy-duddies debating whether to unilaterally impose a no-fly zone in Syria to stop Russia exterminating western-backed terrorists. 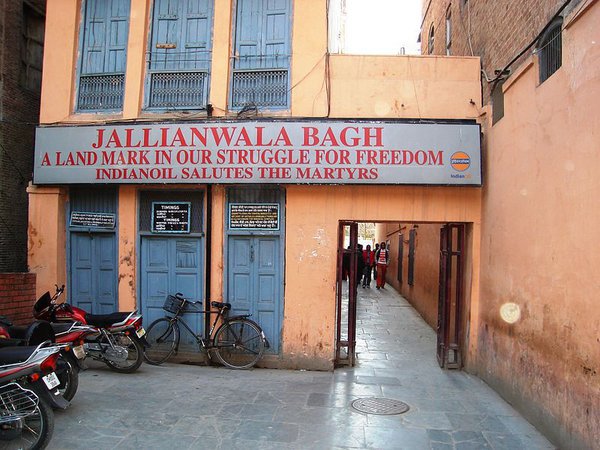 I say, anyone remember Amritsar, eh whatty what what?

The British House of Commons has been responsible for inflicting more misery on the globe than any other institution, except perhaps for those of its abortion on the other side of the Pond. I mean a twin atomic terrorist strike is pretty hard to beat. But where was the British House of Commons when its friend the USA was strafing civilians with Napalm in Vietnam? Why, quivering like a sickening yellow-bellied sniveling coward, as usual.

A two-year-old Libyan girl was roasted alive. The RAF said it was a legitimate target

And where were the House of Commons and Boris Johnson when the United Kingdom and its allies were supporting terrorists in Syria, taking part by proxy in an armed insurrection against the legitimate Government of a sovereign state, becoming involved in the internal affairs of another country? Where is the mention of this crime in the Houses of Parliament? Why doesn't the House of Commons get real and get a real man to stand up and say something like this:

A bunch of murderers, perverts and cowards

"Ladies and Gentlemen, Honorable Friends of the House, Mr. Speaker. Take a look at the walls around you. These four walls have witnessed one being of integrity in this House, and one alone. That was Cosby the dog. As for the rest, rare exceptions apart, these four walls have cast their sorry eyes on the greatest bunch of murderers, torturers, criminals, liars, thieves, child molesters and po-faced perverts the world has ever known. Never in the history of human architecture has so much shit been squeezed into such a small space at any time anywhere on Earth.

"Ladies and Gentlemen, these four walls have been the parting shot of abject misery for countless millions of people, the destruction of countless proud peoples and nations across the globe, as the sniveling cowards hiding inside its walls drew lines on maps and slaughtered men, women and children alike, sold off tens of millions into slavery, used other tens of millions of slaves on their illegal plantations as they stole and syphoned off the riches of other countries and grew fat on their takings.

"And then tell me why you have not investigated these crimes for yourselves and done justice to your words and ideals? Or Ladies and Gentlemen are you all talk and no do, or do you slither back under your stones when the chickens come home to roost?

"Ladies and Gentlemen, why is it that you complain of Russian bombs in Syria and say nothing when Israel strafes schools with white phosphorous? Is it because you are yellow-bellied sniveling cowards or because you are shitfaced liars and hypocrites? Ladies and Gentlemen, why is it that when the United States of America bombed a hospital in Afghanistan you said nothing, preferring instead to sit on your fat, lardy-ass backsides in silence, yet when there are incidents involving terrorists in hospitals in Syria, you are quick to jump on Russia's back?

"Ladies and Gentlemen, you are nothing but a pile of Russophobic asses without one iota of integrity between you. Any Russian has more fibre and more culture in a hair on his backside than you, any Russian has a greater sense of equality, fairness and balance than you and any Russian can weigh up the sides of an argument and make a mature assessment far better than the lot of you put together. You, Ladies and Gentlemen, are out for self-gains, self-interest and feathering your nests as the hands of the lobbies that pull your strings stuff dollars down your throats, like a gaggle of fattening geese.

"Ladies and Gentlemen, in attacking Russia, which is feeding thousands in a myriad of humanitarian corridors, which your media chooses to ignore; Russia, which is conducting a successful anti-terrorist operation, you are siding with terrorists against the legitimate government of a sovereign nation and the only ally it had to come and help as your terrorists sliced the breasts off women in the streets, impaled little girls and boys on stakes, raped little girls before and after they were beheaded and before and after they were forced to watch their mothers having their vaginas cut right up to their throats.

"If Ladies and Gentlemen you can still sit there smugly pontificating against Russia, one of the few countries to have the stamina to stand up to this scourge you have created, then it proves either how wholly uninformed you are, or how stupid, or else how criminally insane and how telling it is that you cannot even manage your own country, throwing the lives of dozens of millions of people down the drain after your stupid Brexit vote, literally throwing the prosperity of your nation down the sewer (just wait and see), how telling it is that crud such as your good selves should be pontificating against those who destroy terrorists when you yourselves are the ones who created them.

"Ladies and Gentlemen, bottom line is do not support terrorists. But if you do, don't criticize those who bomb the crap out of them as they hide among civilians. It's what you yourself do when supporting terrorists against the authorities of the countries you want to destabilize so that you can steal their riches.

"Oh and one last thing Ladies and Gentlemen. We know why you are getting all edgy, like the Americans, over Aleppo. Start making excuses now before your special forces fighting among the terrorists are flown back in body bags, blasted into sixty thousand pieces, or else surrender like the yellow-bellied sniveling cowards they are".

Those magnificent men in their flying machines,

they go up tiddly up up,

they go down tiddly down down.