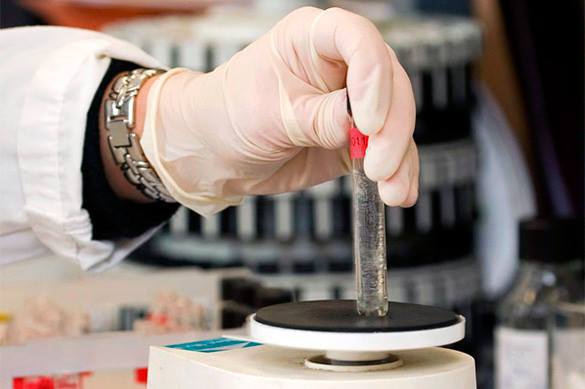 Back in the 1980s I vividly remember a conversation I had with my best friend's brother about the future of technology and the world wide web. During the conversation Donald mentioned how afraid world governments were about the potential use of the internet by the citizens of the world.

My, oh my, how true events have played out! Although in principle I cannot agree with hacking attacks, however, in recent months the hackers have done the people of the world proud.

The whole shambles around the banning of Russian athletes at this year's Olympic Games has been exposed by hackers as nothing more than a political heist on the grandest of levels.

Yet, Yet, Yet, the western media and in particular the BBC & Sky News say these exposed athletes, exposed by the hackers, are victims! Can someone please tell me how that works?

Before the Olympics, the rhetoric used by the western media and WADA was Russian athletes were supported by "State Sponsored " drugs. But now, after the hacking of the WADA I.T. system, it appears thousands of athletes from around the world have been taking drugs prescribed by their own authorities. These prescribed drugs are better known as Therapeutic Use Exemptions (TUEs).

So what is the difference between Therapeutic Use Exemptions (TUEs) delivered by International Sports Federations (IFs) alongside National Anti-Doping Organizations (NADOs) and State Sponsored doping?

Well, as one sarcastically states, NOT A LOT!

Over the last forty years or so, the performance-enhancement-drug scientists have been in full flow in their laboratories trying to produce undetectable substances which allow them to stay one step ahead of organisations like WADA.

Even before the deplorable BALCO (Bay Area Laboratory Co-Operative, San Francisco) scandal, at the beginning of this century, there were many cases of drug using cheats right across a spectrum of sports, with two of the most prominent sports cycling and athletics coming under severe scrutiny after several widely publicised scandals.

In athletics, Ben Johnson the Jamaican-born Canadian who became the pride of Canada in the mid-1980s after setting world records in the 60m and 100m sprints was totally disgraced after being exposed for steroid use during the 1988 Olympic games in Seoul.

Also during the 1980s, although nothing was ever conclusively proved, Florence Griffith-Joyner (USA), better known to the world as Flo Jo, came under severe scrutiny after recording word records in the 100m and 200m sprints.

Flo Jo's physique changed remarkably during her heydey , a bit like Serena Williams (USA-Tennis) & Dwain Chambers (UK-Athletics) just to name two in recent times , which allowed her to smash two world sprint records in such a short space of time.

Sadly Flo Jo died at only 38 years of age.....I still wonder, like a lot of people, had she been taking illegal substances which later took their toll on her body?

Marion Jones is one of the most famous athletes linked to the BALCO scandal, for which, she later paid dearly by having to serve a jail sentence for lying to government officials about the scandal.

The BALCO scandal involved some 20 athletes including Jones's ex-husband C.J. Hunter (USA-Shot Put) and many other high profile athletes who'd taken drugs produced by the Californian based company.

Erythropoietin, E.P.O. as it's better known by, is a performance enhancing drug which first reared its ugly head in the 1980s with tests showing the drug can improve an athlete's performance over four weeks that would match those expected over several years.

Over the years I've loved watching the Tour-de-France cycle race and it was to my great disappointment that the sport of cycling became the center of what is probably the most disgraceful and shameful drugs cheating scandal. Lance Armstrong (USA) seven times winner of the race, tore the sport apart by his open admission on American TV, that he'd used several different types of performance- enhancing drugs including EPO.

History is riddled with many stories surrounding drugs scandals by athletes, but, as we've seen recently the scandals go all the way to the top of sports governing bodies. Only last November the president of the IAAF (International Association of Athletics Federation) was arrested and charged with organising and enabling the conspiracy and corruption that took place within the IAAF.

The head of FIFA (The Fédération Internationale de Football Association) Sepp Blatter is under investigation for bribery, conflicts of interest and general misconduct, as are many of the team he'd placed around himself.

Over the years the Olympics has been covered in various bribery scandals in relation to the bidding process and allegations of illegal ticket sales. Illegal ticket sales have also been a major problem for several other sports, especially football.

So what are Therapeutic Use Exemptions (TUEs)...
Athletes who may have illnesses or conditions that require them to take particular medications. If the medication an athlete is required to take to treat an illness or condition happens to fall under the Prohibited List, a Therapeutic Use Exemption (TUE) may give that athlete the authorization to take the needed medicine. (WADA Website)

So what next, well what has broken out recently certainly highlights the incredible lengths that athletes, anti-doping agencies and governments will do to protect each other in order to maintain their sporting prowess and egotistic superiority over the emerging countries of the world.

The hacking of WADA to expose the use of Therapeutic Use Exemptions (TUEs) has certainly finished off any credibility any of the governmental anti-doping agencies had. Furthermore, the diabolical rhetoric used by the western media that the users of TUEs are victims is nothing short of disgusting.

This year WADA has become nothing more than a political animal to heap more suspicion on certain countries rather than concentrating on developing a strategy for clean and fair sport.

The use of TUEs, government cover-ups and the corruption in all sports makes it very clear, in my opinion, that sport which is supposed to be an activity involving physical exertion and skill in which an individual or team competes against another or others for entertainment on an equal basis has probably gone forever.