Democracy and Populism versus Two-Tone politics 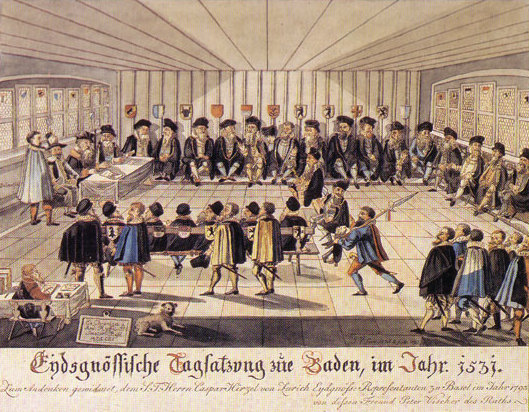 Ladies and Gentlemen, the Old Party Divide is not sexy any more; the old two-tone politics, supposedly left and right of center but really, right and far-right of center has failed and today ceases to represent the people. The people are leaning more and more to popular and populist parties which clamor for change. The two-party system is over.

It started as a ripple with nationalist parties in Europe, representing local interests against national plans forged by some faceless multi-state entity which nobody voted for and which did not represent the people. The ripple grew into a wave, the first symptoms of which were Obama's twin election victories as first he claimed to represent change and then said he would represent change some day. Today the wave has formed a tsunami, locking Spain into a political wrestling match which it appears nobody can win, it sees populist parties getting ever nearer the seats of power across Europe - in the Netherlands, in Austria, in France, in Germany...

And the bottom line is that the old system of two great parties is no longer sexy, because the two-party system has ceased to represent the people. Political corruption is rife in most western countries, the political class is mistrusted or even scorned and what has happened is that an "us" and "them" strand-off has become the reality. This prepares the ground for fresh faces and new ideas, claiming to represent the man in the street, claiming to understand the man in the street because the old political class has lost touch.

One hundred years ago...

In many cases this is true. Why is this so? One hundred years ago, women were considered too hysterical to vote because they were unable to form a logical opinion and that is why they were excluded. One hundred years ago, women had few rights when compared with men, children worked for a living, universal healthcare and universal education were in their infancy, if they existed. Workers' rights were a chimera and abuse was rife.

In the first two decades of the twentieth century, the world came together and Russia, the USA, the UK, Germany, France, Italy, Canada, Portugal, Spain all played their part in launching human rights movements which faced a long, hard and murderous battle to win their fights against a reactionary opposition. But they won their causes.

With bread on the table, the right to a job for men and women, and better laws protecting workers and children, the wind was taken out of the political movements' sails and basic survival gave way to a green economy, to gender equality, to saving trees and elephants. There ensued a political siesta from the advent of the welfare state to the early years of the twenty-first century, with blips along the way such as in 1968, Paris.

But not all is well. The endemic corruption in political circles among parliamentarians and representatives and senators is a symptom of the malaise (we only have to look at Brazil for a prime example of corruption, where it is stated the corrupt impeached the President just because she was launching an anti-corruption drive in which many of them had their tails trapped). And this illness exists because the people have ceased to care, have ceased to watch, have ceased to apply pressure and demand accountability and responsibility among their elected representatives.

Who really governs the EU?

Who governs the European Union? No, who really governs the European Union? Several thousand faceless, unelected bureaucrats who squander millions in quangos that do absolutely nothing. There are pages of them listed on the Internet, each position complete with advisors, drivers, secretaries, school fees paid, house paid, outplacing paid, spouse salary paid...paid by the taxpayer.

And so it is hardly surprising with the general chipping away of the rights we won collectively, with the gradual and inexorable riptide of reactionary interests controlled by the BARFFS, the six lobbies which dictate policy (banking, arms, energy, finance, food, pharmaceuticals) and the slow slide backwards to where we were a century ago (timetables have gone out of the window, job descriptions are so fluid as to be meaningless, overtime is unpaid, job security does not exist, "er, you aren't thinking of having a baby, Melanie, ARE you?") that populist parties which know which buttons to press are gaining ground.

They are gaining ground to the extent that an absolute majority is becoming difficult to obtain in a general election. A recent example of this was provided by Portugal, where the former ruling coalition of the Social Democrats (PSD) and the Conservatives (PP) failed to obtain an absolute majority in Parliament, to be replaced in government by a coalition of the willing, the Socialist Party backed by the Left Block, Communist Party, Green Party and People, Animals and Nature Party. In Spain four parties have the political system in gridlock, Syriza, a leftist coalition, governs Greece, Angela Merkel is looking over her shoulder at Alternative für Deutschland.

The political system is changing. The question remains, whether it is moving forward or whether we are reaching a quagmire of stagnation in which no decision becomes a good decision just because it is not bad. Nowhere is populism more visible than in the Trump candidacy for President in the USA - again, a phenomenon who promises change because he is from outside the Establishment. Maybe this time the USA will elect someone who is not a fraud.

Sooner or later, a third force will arise in the USA, as the Greens promised to do under Cynthia McKinney. Perhaps the message from all of this is, let us keep things as they are and stop them from sliding backwards. At least a political impasse prevents reactionary forces from implementing draconian policies.

There is another alternative: setting up Civic Platforms on the social media, networking with others to set up watchdogs to check whether politicians are performing as they promised prior to elections, more people taking part in the selection process of representatives and showing an interest in grass roots policymaking and more people considering deselection processes for representatives who veer out of line, strict selection criteria, including accountability for voting preferences (for instance, under what circumstances would you vote for a war? and any positive answer being an automatic motive for shouting, OK NEXT!). These days this is not difficult to do. It is easy to monitor the way politicians vote and it is easy to hold them accountable.

Of course if people sit back, take no interest and adopt a "leave me alone and I will leave you alone" attitude, we will have more of the same, and political stagnation.