Hiroshima - A Criminal Enterprise From Which Nothing Has Been Learned

When Paul Tibbets was thirteen years old he flew a bi-plane over Florida's Miami Beach dropping a promotional cargo of Babe Ruth Candy Bars directly on to the promotional target area, in an advertising stunt. It was his first solo flight and: "From that moment he became hooked on flying." 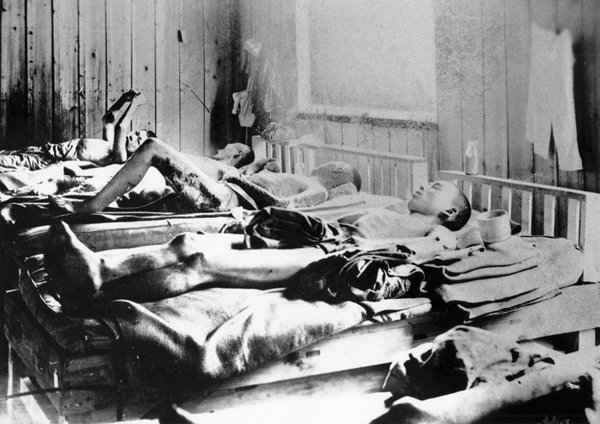 "Now I am become Death, the destroyer of worlds." (J. Robert Oppenheimer, "father of the atomic bomb", quoting from the Bhagavad Gita, after the explosion of the first atomic bomb, New Mexico, 16th July 1945.)

When Paul Tibbets was thirteen years old he flew a bi-plane over Florida's Miami Beach dropping a promotional cargo of Babe Ruth Candy Bars directly on to the promotional target area, in an advertising stunt. It was his first solo flight and: "From that moment he became hooked on flying."

From candy bars to A-bombs

He became a test pilot and: "one of the first Americans to fly in world War Two." Seventeen years later he had graduated from dropping Candy Bars to dropping the world's first atomic bomb on Hiroshima.

Thirty years later, the now retired Brigadier-General Paul Warfield Tibbets told authors Gordon Thomas and Max Morgan-Witts, for their minutely detailed and definitive book on one of the world's greatest crimes, of the background to the venture. Most would surely conclude it was a criminal project from the start, on every level.

"I got called on this bomb job ... I was told I was going to destroy one city with one bomb. That was quite a thought ... We had, working in my organization, a murderer, three men guilty of manslaughter and several felons; all of them had escaped from prison.

"The murderer was serving life; the manslaughter guys were doing ten to fifteen years; the felons three to five. After escaping they had enlisted under false names. They were all skilled technicians ... They were all good, real good at their jobs and we needed 'em. We told them that if they gave us no trouble, they would have no trouble from us.

"After it was over, we called each of them in and handed them their dossiers and a box of matches and said 'Go burn 'em.' You see, I was not running a police department, I was running an outfit that was unique."

The crime which the "oufit" committed was also unique, making the odd murder, manslaughter or felony on home soil pale in to insignificance in comparison.

In Hiroshima, a millisecond after 8.16 a.m., on 6th August 1945, the temperature at the core of the hundreds of feet wide fireball reached 50,000,000 degrees. Flesh burned two miles distant from its outer parameters.

80,000 people were killed or mortally injured instantly. The main area targeted was "the city's principal residential, commercial and military quarters."

The entrance to the Shima Clinic was flanked by great stone columns - "They were rammed straight down in to the ground." The building was destroyed: "The occupants were vapourised."

Just three of the city's fifty five hospitals remained usable, one hundred and eighty of Hiroshima's two hundred doctors were dead or injured and 1,654 of 1,780 nurses.

No soldier left behind - they were roasted alive

People standing, walking, the schoolgirls manning the communications centre in Hiroshima Castle and ninety percent of the castle's occupants, including American prisoners of war, were also vapourised. Gives a whole new meaning to the US military's much vaunted "No soldier left behind."

"Stone walls, steel doors and asphalt pavement glowed red hot." Clothing fused to skin. "More than a mile from the epicenter" men's' caps fused to their scalps, women's' kimonos to their bodies and children's' socks to their legs. All the above decimations happened in the time a crew member of the US bomber, "Enola Gay", took to blink from the flash behind his goggles. What he saw when he opened them and looked down was, he said : "a peep in to hell."

At home base, as Hiroshima was incinerated, a party was being prepared to welcome the arsonists. "The biggest blow out" with free beer, all-star soft ball game, a jitter bug contest, prizes, star attractions, a movie and the cooks working overtime to prepare a sumptuous fare.

Not even a nod or thought had been given to the Hague Convention which had very specific legal guidelines to protection of civilians in war. One might speculate that Hiroshima also vapourised any pretention of such considerations for all time, in spite the subsequent Geneva Convention and it's additional protocols.

In May this year, President Obama visited Hiroshima, he said: "Seventy-one years ago, on a bright cloudless morning, death fell from the sky and the world was changed. A flash of light and a wall of fire destroyed a city and demonstrated that mankind possessed the means to destroy itself.

"Why do we come to this place, to Hiroshima? We come to ponder a terrible force unleashed in a not-so-distant past. We come to mourn the dead, including over 100,000 Japanese men, women and children, thousands of Koreans, a dozen Americans held prisoner.

"Their souls speak to us. They ask us to look inward, to take stock of who we are and what we might become."

Obama ended his Hiroshima address with: "Those who died, they are like us. Ordinary people understand this, I think. They do not want more war. They would rather that the wonders of science be focused on improving life and not eliminating it. When the choices made by nations, when the choices made by leaders, reflect this simple wisdom, then the lesson of Hiroshima is done."

For a Nobel Peace Prize Laureate and a constitutional law expert, his words are especially cheap. The man who began his Presidency with a public commitment to build a nuclear weapons free world (speech in Czech Republic, 5th April 2009) has, mind bendingly, committed to a thirty year, one Trillion $ nuclear arsenal upgrade.

The epitaph at Hiroshima was written by Tadayoshi Saika, Professor of English Literature at Hiroshima University. He also provided the English translation: "Let all the souls here rest in peace for we shall not repeat the evil."

On November 3, 1983, an explanation plaque in English was added in order to convey Professor Saika's intent that "we" refers to "all humanity", not specifically the Japanese or Americans, and that the "error" is the "evil of war":

"The inscription on the front panel offers a prayer for the peaceful repose of the victims and a pledge on behalf of all humanity never to repeat the evil of war. It expresses the spirit of Hiroshima - enduring grief, transcending hatred, pursuing harmony ... and yearning for genuine, lasting world peace." (Wikipedia.)

Did President Obama have a twinge of conscience as he read it? Or did he even bother? He is surely amongst the most unworthy of Nobel Peace Prize Laureates. And will the rest of the world heed the words, the pledge and the spirit, before it is too late?