Why Arabs are a Divided People?

By Mahboob A Khawaja 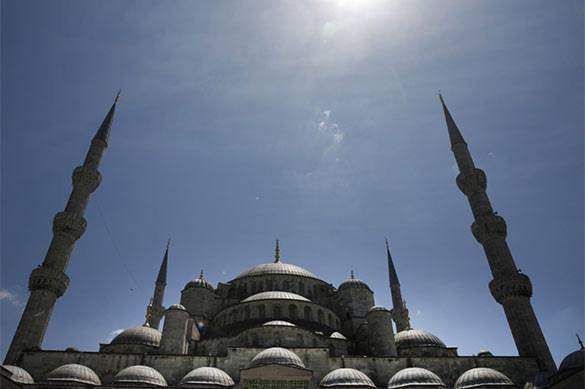 The contemporary Arab world is fraught with formidable forces of diverse enemies - the self, the authoritarian rulers and foreign interventionists - the ex-colonial masters. Common sense stops at various levels to reflect on the real problems. Greed of power, sectarian hatred and missing sense of moral and intellectual visionary leadership to deal with the real problems of political transformation. Once the Arab people were a model of progressive culture of Islamic unity respecting the human freedom of thoughts and actions, ethnic diversity, equality, social justice and emancipation of sustainable future. It was all destroyed by affluent agents of foreign influence-the tribal leaders and continuous warfare for greed of political hegemony over people, natural resources and tribalism. Today's bloodstained tyranny of the Arab authoritarianism overrides the facts of Arab culture, history and a progressive civilization that lasted for eight hundred years in Al-Andalusia- Spain. Could any one factor be reason for the Arab world's continuous downfall and moral and intellectual disintegration?

When you call the authoritarian leaders to planned political transformation into the 21st century of knowledge-based dialogue, reasoning and systematic political change, they will reject it and mock at your rationality. Authoritarianism is not the exclusive outgrowth of the Arab culture and intellectual norms but an imported by-product of the European colonial legacy. When the British, French, Italian, Dutch and now Americans moved into the Arab Middle East, they dismantled the Arab traditional lifelines and replaced it with their own values of thinking, laws and order, system of governance and perpetuated animosities to divide and rule the Arab people. Nobody termed it "terrorism" against the helpless Arab masses whose planned disconnect with their own values and aspirations for future was to ensure the grand scheme of empire-building. Palestinians are not the only victims but the entire Arab political embodiment speaks for itself.

The Arab Masses in Search of Intelligent Leaders

Of more importance is the spectator role of all the Arab rulers of the Middle East. How come after more than sixty years of freedom from the European imperialism, the Arab societies do not have any educated, responsible and intelligent leaders to offer sense of moral and political security to the people in crisis?  Why should President Obama and President Putin intervene to resolve the Arab leader's adversity and intransigence against their own masses? Are the Arab rulers a dead-ended entity flourishing in the midst of daily civilian bloodsheds?  Where is the Arab leader's moral and intellectual consciousness of the gravity of the crises and accountability to the people? Where is the so called economic prosperity that the Arabs were supposed to enjoin in the contemporary world? How could Obama or Putin bring change, sigh of relief and halt in daily massacres carried out by the Arab armies against their own people?  Does the Arab authoritarianism or the cruelty of systematic killings make any sense to a rational thinker?  The voices of reason and human conscience must speak loud and clearly.  There are no Arab leaders having legitimacy in political governance or having chosen by the Islamic principles of "Shura" (consultation) of the people. President Morsy represented the will of the people in Egypt but he was abruptly ousted by the military dictatorship. All the Arab states are in a state of political chaos, shattered dreams and extreme uncertainty lacking any proactive plan how to come out of the prevalent political ruthlessness and viciousness ordained by the rulers. The Arab people need no new enemies; the rulers are doing the job. The contemporary Arab rulers are the new age political monsters - facilitating a favorite perversion from the facts of life - the real issue of Palestine and peace with Israel is sidelined and being marginalized. There are no responsible Arab leaders to stand for facts of the Arabian political landscape and be productive. The focus should have been on Palestine and to pursue progressive negotiated resolution for the establishment of an independent State of Palestine and co-existing in peace with Israel. Throughout the oil exporting Arab world, the contemporary rulers have turned out to be complacent in the US -Israeli strategic plans for the future of the Middle East. Ironically, it is hard to imagine if the prosperous Arab rules occupying dusted palaces have any consciousness of the interest of the masses or the real world affairs in their own backyards.

Would the Arab People Undermine Their own Future?

With unstoppable cycle of political killings and daily bloodbaths in so many Arab states  - Syria, Iraq, Palestine, Libya, Yemen, and spill-over impacts to other oil producing Arab nations - and reactionary militancy against the authoritarian rule and dismantling of the socio-economic infrastructures -  is the Arab world coming to its own end because of the sadistic authoritarian rulers?  The Arab leaders and the masses live and breathe in conflicting time zones being unable to see the rationality of people-oriented Islamic governance, the worst is yet to come, surrender to foreign forces as there are no leaders to think of the future or the Arab armies to defend the people. There are no educated, conscientious or publicly elected legitimate leaders in the Arab- Muslim world. There are no independent public institutions in the Arab world to provide critical and impartial analyses on the global political affairs or reflect on possible remedies in war and peace. Throughout the Arab-Muslim world, there is not a single established university teaching global peace, security and conflict management - the institutions dealing with the present and envisioning the future that the Western nations are built upon for change and development. Leaderless Muslim masses appear desperate to look for a visionary and intelligent leader to offer some sense of moral and intellectual security. Across the Arab - Muslim countries, leaders live in palaces, not with people. If there were educated and intelligent leaders in the Arab world, one could reason the unreason. But the oil exporting Arab leaders operate from a position of political weakness, not of strength to play any useful role at the global political theatre. The vision if there is one, is clearly a blind vision of the present and future, always expecting from others to do things for the oil enriched and useless figure heads. Professor John Esposito, (Unholy War and What Everyone Needs to Know about Islam, 2nd ed. 2011), a reputable scholar of Western-Islamic culture and history at the Georgetown University, offers a lesson in contemporary political affairs:

"An important lesson of history is that rulers and nations do rise and fall. Unforeseen circumstances can bring up unanticipated change. Few expected the breakup of the Soviet Union and the liberation of Eastern Europe to occur when they did ......now is the time for those in all walks of life (political, economic, military, media and academic) who wish to see a new order not to be silenced but to speak out, organize, vote and be willing when necessary to make sacrifices in promoting a new global order."

Islam professed reason, unity and tolerance as vital components of the public governance. Many ego-centric Arab rulers have a smug sense of self-righteousness as they continue to enforce wrong thinking, wrong ideas and wrong priorities to extend much hated political dictatorships. None of them took counseling what happened to Saddam Hussain, Qadafi, Abdullah Saleh and Hosni Mubarak and now fast coming to Bashar al-Assad. The Arab police states flourish because of the false motives, political deception, taunting malice, lack of understanding of the phenomenon of political change and disorientation to the real problems of social - political life. The masses and the rulers need to look at themselves in the mirror. How should the global community view the contemporary Arab societies living under obsessed conspiracies of power and corruption of tribal authoritarianism for over half a century? They are a failure on all the major frontlines of global affairs. If Palestine is not resolved because the Arab states are weak and indifferent to the focal issue of the Middle East political lifelines. What happened to their Islamic culture, values and glorious civilization? Was the petrodollar a conspiracy ("fitna") to disconnect the Arab people from the Islamic civilization?  Ironically, how the few tribal leaders could have managed the time and history on their own unless large segments of the masses were complacent in making the tragedy of deaths and destruction?

The compelling realities across the beleaguered Arab world demand new thinking, new proactive visionary leadership, men of new ideas and plans to deal with unwarranted bombing of the civilian population, wholesale foreign deaths and deliberate destruction of the Arab people and culture and millions of displaced refugees-nowhere to go. These are highly urgent and sensitive issues of the 21st century politics, individual absolutism, human freedom and justice involved in cross-cultural conflicts. There are countless issues to be addressed across the socially, economically and political broken, dysfunctional and sometimes badly ruptured Arab societal landscape.

Time and history are not on the side of the besieged rulers doomed to be replaced by those friendly to the Western powers and new political imagination of the people seeking societal change. As it stands now, Arab leaders have no other thought and priority except to check the depleted oil prices, and count the dead bodies - soon they could be part of abstract statistic debated and defined by the American and Europeans warriors as to how the Arabs lost their national freedom, human dignity and oil pumping economic hollowness. To reverse the naïve blunders for accidental change, taunting malice and missing understanding of transformational leadership and to strike a rational outlook for the future, this author ("Arab Leaders Count Dead Bodies but Peacemaking is not the Aim." Uncommon Thought Journal, 2/19/2015), offered the following insight and reminder to all concerned across the Arab world:

Once the Arabs were leaders in knowledge, creativity, science and human manifestation, progress and future-making - the Islamic civilization lasting for eight hundred years in Al-Andulsia- Spain. But when they replaced Islam - the power and core value of their advancements with petro-dollars transitory economic prosperity, they failed to think intelligently and fell in disgrace and lost what was gained over the centuries. They relied on Western mythologies of change and materialistic development which resulted in their self- geared anarchy, corruption, military defeats and disconnected authoritarianism. The Western strategists ran planned scams of economic prosperity to destroy the Arab culture with their own oil and their own money turning them redundant for the 21st century world. Today, the Arab leaders are so irrational and cruel that they reject all voices of reason for change and human development only to bring more deaths and destruction to their societies.