The Finnish Professor of International Relations and Director of Research at the University of Bath (UK), Timo Kivimäki, granted this interview speaking of global terrorism: the causes, consequences and possible ways of combating it. 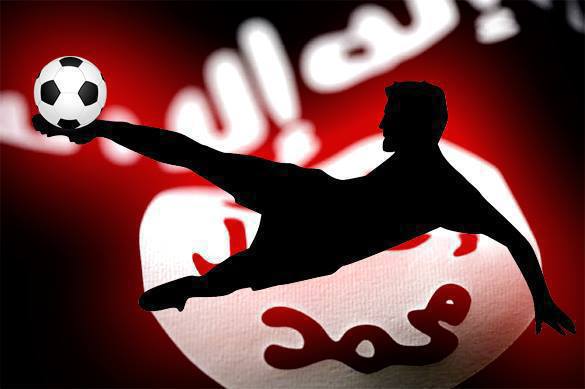 Professor Kivimäki has been a frequent consultant to several governments, as well as to several UN and EU organizations on conflict and terrorism. He is the author of The Long Peace of East Asia (Farnham: Ashgate, 2014), and Can Peace Research Make Peace. Lessons in Academic Diplomacy (Farnham: Ashgate, 2012, nominated for the prestigious Best Book Prize by the Conflict Research Society in year 2014).

Professor Timo Kivimäki, you have been a frequent consultant to the Finnish, Danish, Dutch, Russian, Malaysian, Indonesian and Swedish governments, as well as to several UN and EU organizations on conflict and terrorism. Please, Professor Kivimäki, speak a little of these consultations.

Actually, not only these: I have helped altogether 11 governments with conflict related problems. But the ones you mention I have helped more than others. I have helped Finland and Denmark (and marginally Sweden, too) to design their strategy of development cooperation so that it would be more conflict sensitive, i.e. that it helped prevent rather than fuel conflicts.

For Finnish, Danish and Russian foreign ministries I have offered some help for their foreign policy argumentation, by offering reviews on how different arguments relate to existing research findings. I have also tried to help these three governments with initiative they have had to launch peaceful dialogue processes.

I trained the Moldovan government negotiation team to their peace negotiations with Transdnistrian separatists and I have also trained some Indonesian and Myanmar conflicting parties for peace negotiation. Furthermore, I have helped one of the defence ministers of Thailand to understand some of the complications of the conflict in Southern Thailand.

All in all I have realized that many governments are very eager to promote peace despite their public unwillingness to show any signs of willingness to make compromises. Governments tend to try to avoid signals that could be interpreted as weakness and this is why it is sometimes important for academics to take the initiative and help governments in something they cannot do without showing signs of weakness.

In the article First Do No Harm: Do Air Raids Protect Civilians? [Middle East Policy 22, no. 4 (2015): 55-64] you revealed that protection wars, that is, wars that are justified by referring to the cosmopolitan motive of protection of "global civilians", kill more civilians than any other type of warfare. Would you please detail this?

There is a growing cosmopolitan, universalist sense of solidarity in the world now and this solidarity of citizens urges leaders to "do something" when the media reveals unfairness and violence against civilians, regardless where these civilians are. This in general is very good and offers opportunities to build a less violent and more just global order.

If within the next 100 years the international security system moves from state-based communities to one global community, this could be very good. Historically wheneven securty governance is moved to greater communities - from familities to clans, from clans to sedentary societies, from small societies to city states, from city states to nation states - a lot of violence disappears. So the growing solidarit is potentially a good thing.

However, today, solidarity is not followed by an effort to allow common security agency: those nations that have been keen on punishing Saddams and Talibans and imposing they interpretation of global norms have not been keen on strengthening the UN, the so far only truly global organization that could represent the world in the imposition of compliance with global humanitarian norms.

On the contrary, those powers that are imposing norms on other countries have been reluctant to commit to the strengthening of global norms together with all countries, and instead of working through the UN, they have formed ad hoc coalitions of the willing. In the imposition of justice and fairness these countries have become actors while others, especially developing countries and Muslim countries, have become the objects of the discipline of coalitions of the willing.

This has caused resentment and the military operations to intervene in violence in the Middle East have escalated the violence that has existed there, and protection has turned against the ones it has intended to protect. If we look at those countries where our protection has operated we can see that more than half of world's conflict fatalities are produced there.

How do you see United States invasions of Afghanistan in 2001, and of Iraq in 2003, from a legal point of view?

I think that from the legal point of view they have been slightly different types of operations as Iraq has been explicitly outside the UN mandate. At the same time the continued military operations there has been very unpopular in both places and it has resulted in a lot of suffering. From the point of protection of civilians both operation has been a disaster.

Washington and its allies has hardened the speech and policies toward terrorism, harming human rights and diminishing civil liberties. The Barack Obama regime has dramatically increased the drone strikes. Has the "War on Terror" helped secure the United States and its allies from terrorism?

The war against terrorist organization has been a catalyst of terror simply because of the fact that conflict and terror is always interaction, not just action of one side. While the reason for our violent countering of terrorists has been the horrific actions of the terrorists, it is clear that the reason for the terrorist violence has been our violence. The logic of escalation in the war against terrorist organizaiton has always been interactive, and only through interactive, dialogical peace action could this spiral of escalation be ended.

A war on terror would not be able to use means that border terroristic, as it is against terror, while war on terrorists has often used means that might be effective against terrorists but increase terror. Focusing on principles rather than demonizing enemies would be important in this situation to de-escalate tension, and that would also mean that we should not point our fingers at the United States or its allies, but instead we should blame bad strategies for the violence we see around us.

We should try to negotiate ways to limit these violent strategies rather than demonizing each other, since the logical conclusion from a view attributes violence to a demonizes "other" is the motive to destroy this "other". Destruction and demonization of our enemies is not a way to peace.

What are the real roots of terror, Professor Kivimäki, and what would be efficient policies to combat it?

I think we should not think of terror as something that has roots that simply cause terror. Terror is an immoral tactic that people use, even though they should not, for their political goals. If we look at terror that abuses Islam as its platform, it seems clear that at the roots of this type of terror is the perception that there are no peaceful options to bring about chance.

Due to the fact that any organization was impossible in these countries and in Hosni Mubarak's Egypt many of these desperate people moved to failed states where they could mobilize resistance. Afghanistan became the hub of terrorist organization despite the fact that not many terrorists originated from there.

In these failed states individuals who were prepared for violence to advance their goals could not find a common agenda in their resistance of their own governments as they came from different countries, and consequently the fact that many of authoritarian regimes of these countries were supported by the USA and some of its European allies became the target of their new common focus.

This I think is the origin of the current type of terrorism, but once the process of fight against the West and the West's fight against these terrorists had begun it started getting new forms. Some margins of immigrant communities found resonance to their frustration of their own marginalization in the radical anti-Western rhetoric of these original Islamist groups, and new types of terror started emerging.

The massive Western military operations that undermined the sovereign rights of many Muslim countries, and caused a lot of fatalities gave rise to the expansion of anti-Western Third World Muslim radicalism. The logic of escalation, deepening and spreading of hatred on both sides took over and new forms of terrorism emerged.

Syria has drawn the world attention, and has divided the mainstream and the alternative media. How do you see the roots of the Syrian civil war, and how do you evaluate the United States and Russia intervention in that country, the first oppositionist to the President Bashar al-Assad, the second one supportive to the Syrian government?

I think it is sad that we have wasted the peaceful diplomatic opportunities that existed in 2011. This is also what I wrote about in my article First Do No Harm that you mentioned. I do not see any positive opportunities for solutions in the supporting of the capacity to kill on either side of the conflict (...)

I think the only way forward is inclusive negotiation between all conflicting parties, including the ISIS.