Is the UK's Iraq Inquiry Set to "savage" Tony Blair?

In spite of all the scepticism regarding the long delayed UK Iraq Inquiry in to the illegal invasion of Iraq, with predictions (including by myself) that it would be a "whitewash" of the enormity of the lies which led to the near destruction of Iraq, to the presence of ISIS and to probably over a million deaths, The Sunday Times (22 May 2016) is predicting an "absolutely brutal" verdict on those involved. The paper claims that former Prime Minister Tony Blair, his then Foreign Secretary Jack Straw, Sir Richard Dearlove, former Head of British Secret Intelligence (MI6) are among those who face "serious damage to their reputations." 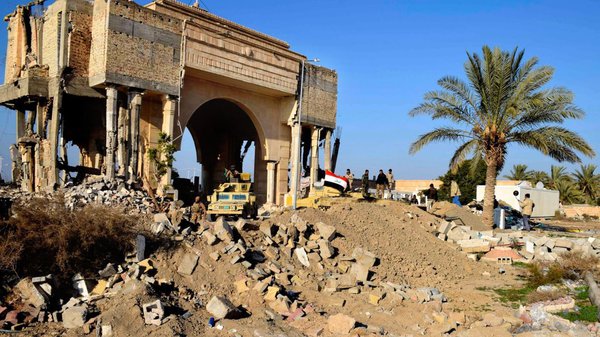 Not before time, many will surely be thinking

The Inquiry, which sat from 24 November 2009 until 2 February 2011, is finally to be published on July 6, approaching five and a half years since its conclusion. Speculation is that publication of the findings are being further delayed until after the 23rd June British referendum on whether to remain in the European Union. Tony Blair is campaigning on his pal Prime Minister David Cameron's "remain in" ticket. Confirmation of his murderous misleadings before the referendum would further discredit all he had to say and seriously damage, if not detonate, the "in" campaign.

Anyone reading The Sunday Times piece might well take the view that with or without the published Report, Blair speaking on either side would be tantamount to inviting total destruction of the cause. For instance: 'A senior source who has discussed the Report with two of its authors has revealed that Blair "won't be let off the hook" over claims that he offered British military support to ... George W Bush a year before the 2003 invasion.'

Jack Straw as Blair's Foreign Secretary at the time and senior Generals are also said to be subject of "some of the harshest criticism" for the UK's "disastrous stewardship" of the southern port city of Basra and much of the south, post-invasion. "The Report will say that we really did make a mess of the aftermath."

Those sent in by Blair's Foreign Office under Straw were "inexperienced", did not "quite know what they were doing" and: "All the things the British had been saying about how much better we were at dealing with post-conflict resolution than the American came very badly unstuck." In fact, misjudgement was such that they "had to be rescued by the Americans."

The Report, according to a knowledgeable former Minister, will be "Absolutely brutal for Straw ... it will damage the reputation ... of Richard Dearlove and Tony Blair" amongst others.

Vowed to leave Iraq better than he found it

General Mike Jackson, former head of the army, named "Darth Vader" by his men, who vowed to leave Iraq better than he found it and General Sir Nicholas Houghton, Chief of the Defence Staff and senior officer in Iraq, 2005-2006, are also believed to be in the firing line, with Houghton said to have consulted his lawyers. Houghton's objections to criticisms of his roles are alleged to have contributed to delays in the Inquiry's publication.

Houghton became Chief of Joint Operations in 2006. In 2008  " ...the Iraqi military requested US rather than British assistance to retake Iraq's second city of Basra from the militia, three months after UK forces had withdrawn from the city." (1) On 3rd September 2007 the 550 British forces hunkered down in one of Saddam Hussein's former palaces had fled the city to the relative safety of Basra airport some miles away.

In recent years, Sir Nicholas has been an enthusiastic cheerleader for the UK bombing Syria.

The Sunday Times also cites the Report's criticism of the "gloss" with which Blair's officials adorned "intelligence" regarding Saddam Hussein's non-existent weapons of mass destruction and (Blair's) claim that they could be unleashed "in forty five minutes." Sir Richard Dearlove and others senior in MI6 "will be criticized for failing to prevent" such fairy stories.

The newspaper's source also said there will be questions raised: "about the (US-UK) 'special relationship' (since) diplomats in Washington, including the then Ambassador Sir Christopher Meyer, were 'not plugged in' and were 'bounced along behind the Americans..."

At home, the "Cabinet did not have 'the full picture' of what was going on before the invasion (due to) Blair's informal 'sofa style' of government."

Former International Development Secretary, Clare Short,  has "told friends she will be attacked." Ms Short of course, stated that she had stayed on in her job as she wanted her Department to be involved in rebuilding Iraq after the invasion. No thought of resigning earlier, rather than at the last minute in protest at the whole shameful Blair-Bush intended "supreme international crime", that of a war of aggression.

The Chairman of the Inquiry, Sir John Chilcot is said to be personally exercised by the 'failures of "proper constitutional government." Indeed.

Whilst Blair and Straw declined to comment to The Sunday Times: "Allies of Blair say it is significant that he has not apologized for lying to the public, because they believe Chilcot will not find that he did."

Given the mountains of evidence and hard facts already in the public domain, they must surely be the only people on the planet to hold such a view.

As for Chilcot, we await the 6th July with the palest glimmer of hope that at last some justice might be seen to be done and that Blair and all responsible for the ongoing Hiroshima level tragedy that is the whole of battered, bereaved, bleeding, irradiated Iraq might find that there is finally at least the beginning of the basis for legal redress.

As this is finished, it transpires Tony Blair has been speaking today at an event in central London organized by the Centre on Religion and Geopolitics. "He made it clear he would be unapologetic for his role in taking Britain to war in 2003", reports the BBC. As General Taguba was told by a Pentagon colleague when preparing his report on Abu Ghraib's horrors of the dead and maimed for whom Blair bears such integral responsibility: "They are only Iraqis", a view Blair clearly shares.

Charles Anthony Lynton Blair is beyond all shame. However, no matter how widely the guilt is spread, he was Captain of the No 10 Downing Street ship, author of key lies integral to the gargantuan crime and tragedy and thus should shoulder commensurate blame.