What is it with US Secretaries of State? How does Washington manage to choose the most pig-arrogant, ignorant, abrasive, insolent wannabe Statespersons time after time, persons like Kerry who are way out of their depth, have no idea what Diplomacy means and insult their country by kowtowing to the lobbies whose interests they serve? 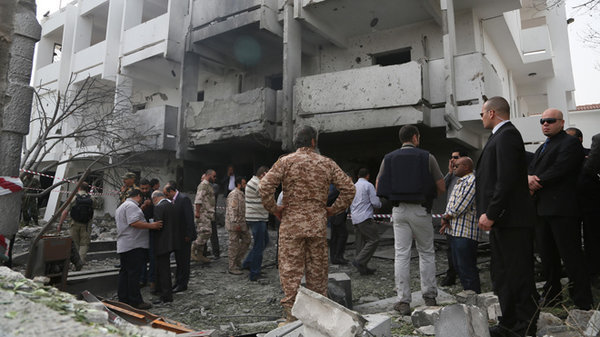 What is it with US Secretaries of State? Remember Colin Powell with his series of lies about the Iraqi weapons of mass destruction? Remember his "wonderful" foreign intelligence, which turned out to be a doctoral thesis copied and pasted from the Net a decade earlier, then "sexed up" by Tony Blair's office? Remember the "proof" that Iraq was procuring nuclear weapons, the "evidence" being a forged document which even got the country supplying yellowcake uranium wrong (Nigeria, instead of Niger)?

Remember Condoleezza Rice, with her permanent scowl and endemic insolence, remember when she backed the murderous act by Georgia in 2008? Remember her string of negative comments against Russia? This, the National Security Advisor at the time of 9/11 - and look what a useless job she did then - called the re-election of Vladimir Putin in a free and fair democratic election "unfortunate". So much for Rice and democracy.

Then came Hillary Clinton, complete with the invasion of Libya, the country with the highest Human Development Index in Africa, living in peace and prosperity, and turned into a failed State by NATO and Hillary's cronies in the FUKUS Axis (France-UK-US). And then she had the audacity to call Russia's policy on Syria "despicable". How "despicable" is it to fight terrorists?

Kerry, under whose nose ISIS sprang up

And now John Kerry condemns the fly-over of an American warship in the Baltic (what the Hell is it doing there?) by military aircraft belonging to Russia, which borders on the Baltic. Perhaps John Kerry would like to look at a map. On the far left, we have America. To the right of that, we have a vast expanse of ocean, called the Atlantic. Then to the right of that we have Western Europe - Ireland, then the UK, France, then moving eastwards, Germany, then Poland. Go up a bit and we have the Baltic Sea and Russia and that is where the USS Donald Cook, a destroyer, was sailing.

And what business is it of his if Russian aircraft fly over territory bordering on Russia? Did the planes buzz the destroyer in US waters? No, they did not. And if the crew of the USS Donald Cook is "intimidated" as he says by a flyover, imagine how they would feel if the Sukhoi SU-24s blasted the pile of junk out of the water, which they could have done in two seconds. Sorry, one.

So if Mr. John Kerry believes this kind of behavior is unacceptable, there is one very easy solution: Suppose American warships stayed at home defending their shores, in America, and stopped gallivanting around the globe creating problems? Nobody wants them, they are not welcome and the behavior of US sailors in multiple ports gets the United States of America a bad name. The word "rapists" springs to mind.

As does its Secretaries of State. As for this one, he is, in his own words, reckless, provocative and dangerous. And insolent, ignorant, incompetent, pig-faced arrogant and way out of his league. Who is John Kerry to tell Russian aircraft what they must or must not do, especially when a NATO aircraft downed a Russian military aircraft conducting an anti-terrorist operation, and a Russian pilot was murdered as he parachuted out. What does John Kerry have to say about the rules of engagement in that case? Does John Kerry rejoice in the murder of the Russian pilot?

What is it the arrogant western leaders say? Ah I remember! John Kerry has to go.