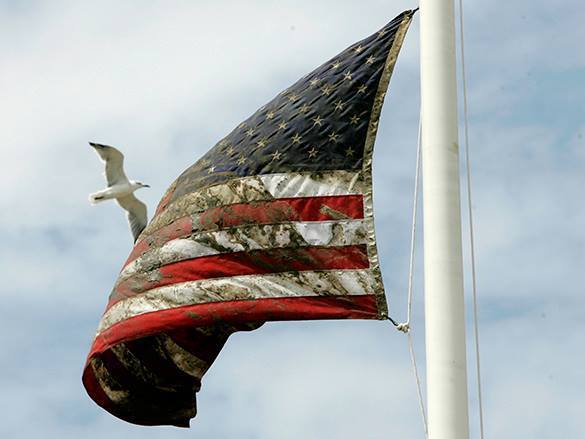 In 2007 I wrote and presented a conceptual paper to an international studies group in Portugal. The subject matter was, generally, the use of Evolutionary Cognitive Neuroscience (ECN) to manage humanity. That paper would eventually finds its way, remarkably, into Rebecca Costa's seminal The Watchman's Rattle.

I said back in 2007 that America's ongoing obsession with national security and the enormous funding necessary to soothe a national psyche of fear and war was a key driver for enhancing security thereby eliminating the uncertainty of daily living. I suggested that ECN could generate predictive and diagnostic biotechnologies to reduce tension. Such a development could eliminate much uncertainty and concomitant drama in human affairs by providing leaders with assets to manage the complexities in brain-behavior relationships. To get there though, reliable data on human beings, as they function as interconnected consumers, warfighters, enemies, refugees, diplomats, criminals, and citizens of their respective nations would need to be collected and assessed.

I went on to say that a comprehensive knowledge base of planetary ecosystems and how humans interface with those ecosystems would have to be constructed and meshed with the findings of brain-behavior functions. The dissection of the individual and global organism may lead to unprecedented forecasting capability with the ultimate outcome the creation of biomachine systems that suggest procedures and diagnostics with which to anticipate and/or minimize a wide range of human problems. Biomachine tools might become available that could suggest courses of action such as military intervention, diplomacy, containment, stability and consequence management operations, economic aid, covert operations, etc. I also briefly mentioned that one of the dangers in such a pursuit would likely be the development of neuroweaponry.

In just under ten years, the topics alluded to in my 2007 paper have taken the form of four converging and accelerating movements that seem likely to usher in drastic change in the human condition: The digitization of human behavior; cracking open the brain through neuroscience; the engineering and manipulation of human and non-human genomes; and the proliferation of the Internet of Things, which is code for the sensorization of the human/non-human, home, work, school, automobile, street, global commons, etc.

Is it any surprise that the Anthropocene is upon us?

Shoshana Zuboff, in the article, The Secrets of Surveillance Capitalism, thinks that humanity will become mentally displaced, perhaps disembodied, as behavior becomes totally predictable and free will vanishes.

"The significance of behavioral surplus was quickly camouflaged, both at Google and eventually throughout the Internet industry, with labels like "digital exhaust," "digital breadcrumbs,"...These euphemisms for behavioral surplus operate as ideological filters, in exactly the same way that the earliest maps of the North American continent labeled whole regions with terms like "heathens," "infidels," "idolaters," "primitives," "vassals," or "rebels." On the strength of those labels, native peoples, their places and claims, were erased from the invaders' moral and legal equations, legitimating their acts of taking and breaking in the name of Church and Monarchy. We are the native peoples now whose tacit claims to self-determination have vanished from the maps of our own behavior. They are erased in an astonishing and audacious act of dispossession by surveillance that claims its right to ignore every boundary in its thirst for knowledge of and influence over the most detailed nuances of our behavior. For those who wondered about the logical completion of the global processes of commodification, the answer is that they complete themselves in the dispossession of our intimate quotidian reality, now reborn as behavior to be monitored and modified, bought and sold."

Social Radar has been a goal of the government and business for some time. Its applications are legion: Predictive behavioral algorithms to ensure consumers are directed to the right product to ensure steady profits; underlying predictive mathematical models that allow the military commander a quantitative, geospatial view of open or urban terrain with humans moving predictably like aircraft on an air traffic controller's screen; and the creation of a predictive reality in which the masses believe they are "free", but are, unknown to them, being behaviorally shaped for the larger system. These notions can be found in military doctrine and a host of academic and marketing organizations. It's all there out in the open if anyone cares to look.

Consider The MITRE Corporation's development of Social Radar. In Social Radar for Smart Power, Mark Maybury writes: "Conventional radar requires signatures for different kinds of objects and events: it needs to be tuned to different environmental conditions to provide accurate and reliable information. Analogously, a social radar needs signatures, calibration, and correlation to sense, if not forecast, a broad spectrum of phenomena (e.g., political, economic, social, environmental, health) and potentially forecast changing trends in population perceptions and behaviors. For example, radar or sonar enable some degree of forecasting by tracking spatial and temporal patterns (e.g. they track and display how military objects or weather phenomena move in what clusters, in which direction(s) and at what speed.) A user can thus project where and when objects will be in the future. Similarly, a social radar should enable us to forecast who will cluster with whom in a network, where, and when in what kinds of relationships...Public Opinion Polling by Proxy (POP/P) [is] an exploration of the ability of social media (e.g., Twitter) to serve as a proxy for traditional opinion polling methods to overcome their latency, expense, and invasiveness."

If We Kick the Ant Hill, Where will the Ants Go?

The US national security community's dream is to have a Social Radar--like the one described above by Maybury-that would allow military commanders to lord over other countries. The Pentagon's Sociocultural Behavior Research and Engineering in a Department of Defense Context contains this statement: "Mastery would mean that U.S. forces would have the data on indigenous populations and the training they need to move easily in those populations; could see the parameters of culture and society and integrate those with conventional mapping of the physical terrain; could detect often complex and dynamic networks, where adversaries and civilian populations are intermingled; and would possess non-kinetic tools as well as the ability to anticipate both the near-term and long-term impacts of applying those tools."

It's easy to pick on the Pentagon on these matters, of course. But the insidious reality is that for profit, commercial enterprises with global reach-and the many lobbyists and non-profits who work on their behalf to distort regulatory regimes designed to oversee their activities-must modify human behavior in order to control/corner global markets, turn a profit and survive. These are the new colonialists who now brandish the US military as a tool for their own ends.

If Zuboff is correct, then Google--and corporations colluding with them or like them-are engaging in a type of intellectual property theft from unwitting customers. The thoughts, feelings, the sense of individual uniqueness of a human being (or his/her genetic structure) ultimately ends up getting copyrighted, trademarked or patented by corporations. It is the Internet of Sensors, Neuroscience, Genetic Engineering and the Digitization of Earth in the techno-dictatorial hands of corporate boardrooms and financiers that may well prove to be apocalyptic for all life on Earth.

Unfortunately the leadership of the dangerously privatized US military has become an extension of this techno-corporate collective and the governing civilians the collective owns. Indeed, so much so that US military leadership, while on "active duty", emulates its mentors in the corporate world because (a.) rampant internal privatization has distorted the US military; and (b.) the private sector is where US military leaders long to be when it's retirement time. It's all about networking for the big payday in the private sector, or developing networking diagrams to see who the bad guys affiliate with in some remote corner of the African continent.

So it is no surprise that "...the worldview that governs the U.S military's approach...is one where populations are de-coded as networks. To see like the twenty-first century US military is to see a world of networks. This world of networks is a secular cosmological vision derivative from the human-machine assemblages where US military personnel and institutions are imbricated. These human-machine assemblages have been violently extended...through new technologies like iris-scan biometrics devices and data-base management...many new twenty-first century technologies, like big data mining and computational social network analysis, are rooted in colonial practices." (The Afterlives of Counterinsurgency: Postcolonialism, Military Social Science, and Afghanistan 2006-2012 by Oliver Christian Belcher)

He can be reached at [email protected]