"Let us be clear.  Corruption kills.  The money stolen through corruption every year is enough to feed the world´s hungry eighty times over". These words, stated by the UN High Commissioner of Human Rights, Navi Pillay, make clear the necessity to face, with sturdiness, the worst cancer of humanity. 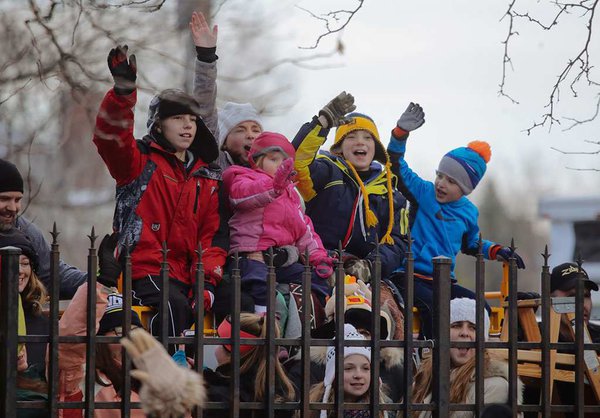 Talking about this statement, Professor Mark Pieth, from Basel University (Switzerland), taught that "it is correct that human rights violations and corruption frequently go hand in hand".  He concluded that "combined strategies for fighting corruption and promoting human rights can foster both agendas".

That's when I suggest to get down to the details, to the proposal of concrete measures that, by repressing corruption, may impede the human rights violations resulted by it.

It is here, defending the access to information as a human right, that we shall fight the greatest of our battles against corruption.  After all, as Thomas Jefferson once said, "where the press is free and every man able to read, all is safe".

It is paradoxical: in these times of Internet and globalization, the humanity faces its great crisis - the access to information one.  Look around and you will  realize that in the world only one out of seven people live in countries where the news are freely spoken - and I am not including the more subtle mechanisms of media control I referred to, and neither the cases of near monopoly.

The greatest consequence of this reality is that we have to live with what I call "geopolitical corruption", which is responsible for a vast number of artificially provoked wars, with its millions of deaths and refugees, as well as for global economic crisis truly absurd in its causes and effects.

Another consequence, equally serious, is that we suffer, as citizens, with the decline of the public services standards as a whole.

We need, as a humanity, to conceive laws protecting the press from inadequate political and economic influences and from disguised censorship mechanisms.  Laws imposing to each media company the duty to inform the population about the origins of its revenue.  Laws making mandatory total transparency on the activity of establishing what is and what is not "news".  Laws able to stop monopolist practices in the media environment. Laws which oblige full transparency regarding the professional links of media employees and their families.

The moral authority of the institutions

For the human race to survive, it is essential to preserve the moral authority of its institutions - and this is something very obvious.

Here it is another crisis that plagues humanity: the institutional one.  Simply take a look at the world and you will see that more than half of its population does not fully trust in its institutions, it does not matter if in the most miserable and primitive countries or in the richest and most sophisticated ones.

The cost of this crisis is the growing difficulty to recruit real welfare advocates - from the most humble employee to the highest authority.  The idealistic and serious exercise of a public function is no longer a profession, but priesthood reserved for a few willing to pay a high personal price.

It is possible to change this. A good start is imposing absolute transparency in the legal world. May every single spending by companies with institutions, authorities, politicians and their families be object of mandatory disclosure, no matter what. May the origin of the money spent in judicial defense by corrupts be investigated and proved clean. May the institutions have real budgets and financial independence, based on a percentage of the state collection, not being subjected to any kind of political pressure.

The efficiency of the legal system

From the old classic times comes the teaching that it is not enough to have rights - one must have instruments to carry it out.

How can we punish the great corruption, mother of the least, when the fortunes that it has conceived transit freely between countries, on its way to tax havens?  How can we fight a globalized evil with regionalized weapons?  How can we prevent the crime when the cooperation among authorities, institutions and countries is hard to have due to bureaucracy?

So, this is the next crisis: the legal one.  Check it out that less than 1% of what happens on the streets get to the world of the laws - a world that is clearly losing its credibility. Let's start by the fact that we still do not have an efficient way to enforce the digital crime, at local or worldwide levels, be it in a form of a simple computer virus or of a broad terrorist attack.  Our States, victims of a bureaucracy conceived to control them, are each day more powerless regarding the demands of the historical moment.  And the people, victims of the lack of transparency, do not have an adequate way to follow the progress of the cases of great social interests - including, among those, corruption.

The consequence is a very serious setting of impunity to the powerful ones and of oppression over the weak ones - after all, someone must be punished so that everyone might know that we have laws. And we cannot forget about us: we live less, and we live worse, because of this setting.  Finally, forgotten by the laws, reality takes revenge by ignoring them, and stimulating the most cruel and inhuman barbarism.

There is a way to improve this setting. By eliminating the excessive bureaucracy and creating cooperation mechanisms we should reduce the impunity levels. Also, it would help to have a clear dissemination about what is late in the world of laws, for how long and who is responsible for it - yes, let's name and shame the lazy authorities.  For even better results it is essential to create specific sectors to enforce corruption and human rights violations.

The sobriety of the corporate world

We live in the era of gigantic corporations controlled by ruthless employees - and here is one of the greatest known sources of corruption and disrespect to the human rights.

In Africa, millions are losing their lives in wars caused by pure greed - some companies simply do not want to pay a fair price for very precious natural resources.  In Europe and Asia, millions are getting sick victims of pollution levels that only the craziness for richness can explain.  In the USA, millions lost their houses and their jobs due to the financial speculation committed by a few corporations.

This is the last of the four great crisis that humanity faces: the corporate one.  The employees of these powerful economic groups, in their insatiable quest for profit that will grant them millions in salaries and bonuses, are corrupting our political, legal and even academic system.

I will cite two examples: the first one comes from Africa, where a war had been fought over a mineral resource called "coltan". Such conflict costed already the lives of 5 million people. 157 corrupt western companies were identified as sponsors of this war, and we do not even know their names! The result: each cell phone made with "coltan" from that region carries the blood of two children.

The second example goes by the name of "2008 economic crisis".  It costed millions of jobs and took away the houses and hopes of millions of people. The ones who caused this crisis, supported by a corrupted academic thought, ended up wealthy and untouched by the authorities who should protect us - by the way, they are still in power, despite founded accusations of corruption.  Who paid for this absurd? As usual, we did.

I am a capitalism advocate.  But I clearly see that the existence of "too big to fail" companies, run by employees motivated by salaries equivalent to the profits they achieve, are the greatest source of disgrace in the modern world.  We cannot talk about protecting human rights and preventing corruption without dealing with this problem.

It is possible to change such scenario. First, by regionalizing these corporations, as well as limiting their size, particularly those in the financial area. Second, by reducing to normal levels the earnings of those employees responsible for their management. Third, in the event of a corruption act, may the company also be penalized, including with the prohibition of having any relationship with the public administration.

All these measures are absolutely simple and logic. They do not demand a lot of studies or researches. They are within our reach. They can be easily implanted all around the world. And they would avoid, by preventing numberless cases of corruption, serious violations to the human rights. However, none of us will live long enough to see any of them implemented. None of us.

This is so because we are facing here, actually, the evil on its most pure essence. Therefore this is not a battle to be won by one generation alone.  Actually, it confuses itself with the own humanity saga through times.

But may this not cause dismay on us. We are not being defeated. We only didn't realize that our time is not God´s time; that we are actually just walking on a path that we have inherited from others, and that we are expanding, with nobility, new horizons for those who shall come after us, for, as Benjamin Disraeli once said, "life is too short to be little".