Sadly, eyes often glaze over at the latest massacre in Syria, because the story is so repetitive. But what story? A double massacre by 'moderate rebels' in Homs and Damascus, and the subsequent re-spinning of the story, show the wall of disinformation we face. 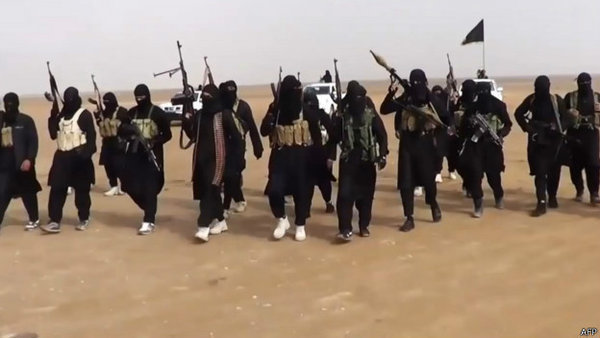 Through an agreement with the Syrian Government, on 8 December, hundreds of what the western media has come to call "anti-Assad rebels" (a mixture of Syrian and Jabhat al Nusra terrorists) and their families were bussed out of the last part of occupied Homs city.

Sent in from Turkey

They were sent to northern Idlib, to join their colleagues in another sectarian coalition called the 'Army of Conquest', sent in from Turkey eight months ago and currently being battered back by Russian bombing and a Syrian Army counter-offensive.

Two days later, as a parting shot, the terrorists detonated two bombs in the al-Zahra district of the city. The Governor of Homs, Talal al-Barazi, told the Syrian News Agency (SANA) that 16 people has been killed and 54 others injured, some of them critically.

The first explosion was said to have been from a suicide car bomber; the second was in a nearby shop a few minutes later. Although al-Zahra is home to minorities, the victims of such bombings are quite random.

ISIS claimed responsibility, but that means little as the group alternately works with the others or competes for the 'credit' of each new massacre. Ordinary Syrians pay little attention to the various brand names of terrorist groups.

A day later, on 13 December, a friend in Damascus sent me these phone messages:

"Rockets came down on my building today ... and one across the road ... I'm on the other side of the building but I'm sure it landed in someone's bedroom while they were asleep ... I've been told to stay inside."

Where did the rockets come from, I asked?

"I don't know, but they're still coming". Later on she confirms they are coming from Jobar, notorious for its mortar attacks on the capital and now a wasteland next to Douma, an outer north-eastern suburb of Damascus which the Islamic Front and Jabhat al Nusra have jointly occupied for at least three years.

Recent stories that the Syrian Airforce was 'barrel bombing' civilians in Douma were quite false. The last large evacuations of civilians, well publicised, were in January 2015. Syria was bombing hated terrorist groups.

I told my friend I had read that Russian planes responded by bombing Douma. "Good ... but they did take a while to go out. Mortars started at 7am, planes came out at 8.30, probably because there was heaps of fog ... many [were] killed". She went on "smashed cars and broken glass are all around my neighbourhood ... it was a massacre."

The Syrian News Agency, picked up by Iran's Press TV, gave these details:

"At least three civilians, including a child, have been killed in a series of attacks carried out by foreign-sponsored Takfiri militants against residential areas in Syria's capital city of Damascus ... Separately, two civilians were killed and 30 others were injured when mortar shells fired by militants struck the al-Wafideen Camp (Damascus countryside). Most of the victims are said to be school students." Several other sites were hit.

I went to check western media stories, searching for 'rockets' and 'Damascus'. There was a flood of stories (from AFP to Antiwar.Com) saying that "civilians including children" had been killed by the Russian attacks on Douma. However there were virtually no stories on the actual attacks on civilians in Damascus, but for one which mentioned "tit for tat" attacks.

The 'Antiwar.com' story read: "At least 45 civilians were reported killed today, including 10 children, as a flurry of rocket fire out of Syrian military-held territory rained down on the Eastern Ghouta region, the suburb of Damascus which remains in rebel hands." The terrorist HQ seems to have an endless supply of children and civilians.

This story, as all the others, had as its main source the 'Syrian Observatory for Human Rights' (SOHR), a single Muslim Brotherhood man Rami Abdul Rahman, based in Coventry, England. A bitter opponent of the Syrian Government, he flies the flag of the armed FSA groups on his website.

In English-language media terms, the terrorist attacks on Damascus had virtually disappeared. In their place the military response to terrorist atrocities was presented as a slaughter of civilians and children. The toxic marriage of sectarian sources and western media, once again, turned events on their head. Sectarian fanatics became innocent victims, while the actual civilian casualties disappeared into thin air.

Such is the disinformation of the dirty war on Syria.