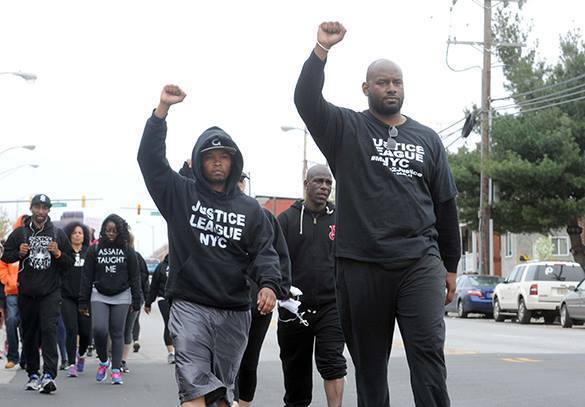 When it comes to crime in general - and homicidal crime in particular - America seems intent in proving to the world that we are a nation apart.  And if the crime sub-specialty is one of mass shootings, such as the event which recently transpired in San Bernardino (California), we purposely shrug off a topic we prefer to keep hushed; a topic which brings out the inglorious fact that the rate of mass shootings in the United States is six times that in the rest of the planet based on population.  Not double, not triple, but six times as high!

And that makes our American society unique, truly unique on three counts: in the sky high rate itself; in our continual stubbornness, failing to acknowledge it as a societal problem; and in our unwillingness to discuss it with a solution-centered mentality.

Each time there is a mass shooting event, we quickly seek, and find, an appropriate label for it: be it domestic terrorism (often associated with ultra-right militias); or foreign-inspired terrorism (currently of Middle East origin); or simply heinous acts perpetrated by mentally deranged individuals - or very small cohesive groups.  The commonality always present at the aftermath of these events is an upsurge of strident political rhetoric by both proponents and opponents of firearms' availability... the need, or not, for greater control of firearms keeps replaying as our sempiternal "gun debate."

Americans' love of firearms, although mostly the purview of impassioned white male Caucasians, is literally (and sacredly) considered a right empowered in the Second Amendment of the Constitution... inanely interpreted by a Supreme Court lacking vision to see the inapplicability of the intended militias' support past the nineteenth century; a legal aberration that invites a modern day replay of the lawless Wild West.

As it often happens, we seem to be carried away by our experiences and prejudices, giving intervening variables status of causality, even by social scientists amongst us we would expect to know better.  And so, half the country appears to blame the mass shootings on the lack of gun control legislation, while the other half, led by the second most powerful lobby in the land, the National Rifle Association (NRA), prefers to point the finger of blame on our inability as a society to identify and control an already large, and growing, mentally unstable population; proclaiming validity for their dictum that "guns don't kill people, people kill people."

But, could it be that both sides of the controversy are only partially correct, that the causal variable must be sought at a greater depth, the fundamental level of basic human rights and social justice?  That neither more, nor better, gun laws, nor an improvement in mental health identification and treatment are going to prevent, only mildly decrease, the horrific number of suicidal mass shootings?

In the past we have made it an unwritten rule, inspired perhaps by our bipartite politics, that issues relating to mass shootings not be discussed for a period of time... sort of a "cool off" period; and that has only proven to be a welcome breather for lazy career politicians, and an absurd significant waste of time and emotional criticality to get things done.  Perhaps tackling any and all issues at the aftermath of the mass shootings might have cleared our vision and allowed us to recognize that the lion's share of the problem may rest in how society, all of us, react to the cries of perceived social injustice, whether the injustice is real or mistakenly perceived as real.

In his address to the nation last evening (12/6), Barack Obama, as one would expect from a politician concerned with placating a fearful nation from the reach of "jihadist terrorism," delivered the type of rallying speech one might expect from any American politician in his shoes... a believable collection of patriotic placebos mixed with half-truths; for, unfortunately, Americans are unprepared, and would prove skeptical, if told the unsweetened version of the truth.

Radicalization has been added to terrorism as a term-du-jour, another bead to be added to our growing rosary of fears.  And regardless of its meaning and application, it will be rubber-stamped by the general population on a specific group of people who might look, dress, pray or behave in a way that arouses suspicions and intensifies fears.  Obama's efforts in his speech to include Muslim-Americans in the nation's fight against ISIS/ISOL will not carry much weight in a nation where 29 percent of its people (43 percent among Republicans) believe Barack Obama is a Muslim.

Suicidal mass shootings in the US, particularly those of foreign-inspired terrorism and revenge, are likely to increase in the short term with little or nothing Homeland Security can do to prevent them.  We can be sure that soon the physiognomy of the gun debate will have a new look, and that there will be millions of people in much of the Middle East who will claim that, finally, Americans will be getting their just deserts.