In the United Kingdom, Vicky Thompson, a young woman aged twenty-one, was placed in an all-male prison despite warnings to the presiding judge that she had lived all her adult life as a woman and that she was considered vulnerable. What is the role of our prisons and is the safety of the prisoners not a basic right? 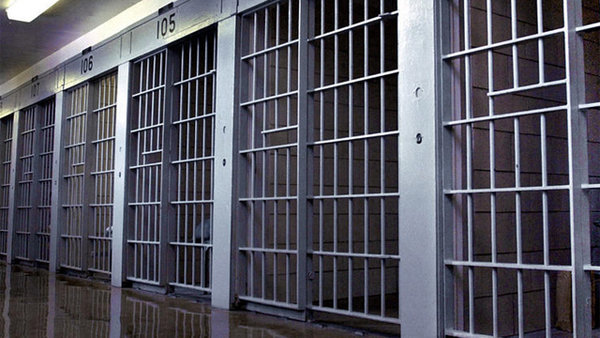 Vicky Thompson was found dead at Armley prison in Leeds, northern England, this week after telling friends that she would kill herself if she was sent to this all-male prison. The presiding judge was warned by Vicky Thompson's lawyer that she was a vulnerable transgender person and had identified herself as a woman since her mid-teens.

The point is not the choice to be a transgender person

But the judge decided to send her to Armley prison in Leeds and now this young person, just twenty-one years of age, is dead. The point is not Vicky Thompson's choice to live as a woman - after all that belongs to her personal space and it was her prerogative to dress and live as she wished, wearing orange, blue, black, pink, a skirt, a dress or whatever. But having made the choice to be a woman and living as a woman, identifying herself as transgender, then why did the British authorities send her to a male prison, and her death?

The point is the degree of protection the prison service should provide, and indeed, the service prisons provide in society. True, it is difficult to feel any empathy for a person who breaks into your house, violates your personal space and leaves you with a feeling of insecurity for the rest of your life, basically screwing up your entire existence for the rest of your days and making a mockery of the hard work you have put in over the years. But the perpetrator is not playing on the same field or by the same rules.

It is even more difficult to feel any empathy for a demented pervert who rapes your mother or daughter or son and it is totally understandable that the ninety-year-old woman who literally smashes the face of a burglar to the other side of his head with a baseball bat receives the applause of 99 per cent of the population. It is understandable that the father of an abused child will hunt down the perpetrator and state in chilling matter-of-fact seething hatred that the sentence will begin when the hunt begins, after the jail term ends and the criminal comes out of jail. The father will be waiting.

And here lies the issue. Does the prisoner go home with 40 dollars in her/his pocket, a slap on the back and a catchphrase like "Now don't you come back here again"?

Every prisoner has a name

And why was the prisoner in jail in the first place? Because he held up a liquor store, raped a child, didn't pay his taxes to a State which spends more money on submarines than on schools and hospitals, or sexually abused a seventeen-year-old plastered with make-up and wearing a short skirt who told him she was twenty-one, held up a funeral agency which makes thousands out of the misery of others, or kicked the living daylights out of a youth he found rifling through his wallet?

In any of these cases, he or she has a name and there is a reason why he or she went to jail. In the case of sexual crimes, perhaps it was a repetition of the cycle of abuse experienced by the perpetrator when she/he was a child; in cases of theft, more probably it was the result of drug use; maybe as a child the "criminal" grew up in a broken home, feeling abandoned, got in with the wrong crowd, formed an alternative "family" and then got too far in to get out, before having a criminal record and therefore the doors of society slammed shut in her/his face. Forever.

For some reason, the person is in jail. Let us entertain the notion that some of them are innocent and were wrongly convicted because they were the wrong color in the wrong place at the wrong time. In all cases, there is a reason why they are ostracized from society. The knee-jerk reaction is to label them "a bastard" and defend throwing the keys away.

So once they are sent to prison, what is the function of the service, to punish them or rehabilitate them? Retribution, incapacitation, deterrence, restoration or rehabilitation? And if all of these, in what order and in what degree?

Locking them up and then letting them out with a "don't come back" ticket is not going to work and is just a confirmation that society has no solution to the problem. In the USA, almost 77 per cent of prisoners are re-arrested within five years, in the UK the figure is around 60 per cent within 12 months. A system like Norway's has a recidivism rate of just twenty per cent.

Not only do few people go to prison in Norway, most of those that do, go there once and never come back again. The prison system aims at rehabilitation, teaching skills and focusing on getting back to a productive life in society. The focus is on cognitive behavioral programs.

And, once again, does it not make sense to render a service which provides psycho-analysis for each and every citizen from the age of three upwards, at regular intervals, to preclude anti-social or sociopathic behavior before it has a social cost? The "monster" who kicks an old lady to death when he is seventeen to steal her pension put the hamster in the microwave when he was eight, kicked the neighbor's cat to death when he was six and was calling his drunken mother a whore when he was three.