The Millennials: What future for our next generation?

The digital age was a revolution in all aspects of human life - economically and socially, and the next generation, the Millennials, were born into this age of virtual reality with all the socio-developmental vectors this entailed. Do the benefits of the digital age outweigh the risks, or have we created a generation of sociophobes? 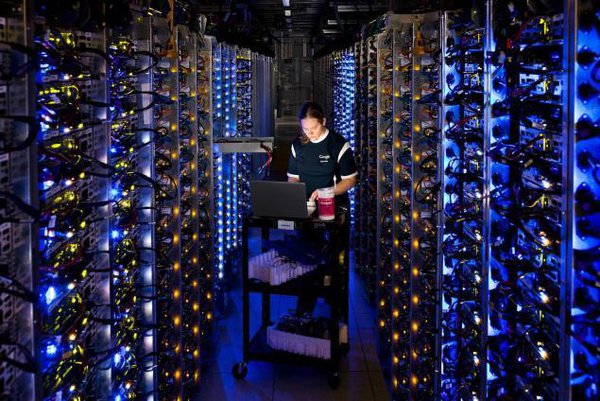 A Millennial is described as a person aged between 18 and 34, so born between 1981 and 1997, coming of age just as the digital revolution took off or being born into a household with an internet connection. What those of us born in the 1950s to 1970s (or before) took for granted are concepts which are alien to the Millennials.

Television programs based around a family setting were the norm, as were story-telling in the evenings before bedtime, a lullaby...during the day, self-entertainment during long walks in the forests or over the steppe, picking mushrooms, making model animals from pine cones or whatever could be found; picnics; marveling at the wonderful panoply of animals and birds; getting bitten by mosquitoes and midges in the Summer months and using grandmother's herbal remedies and secrets.

Outdoor activities, social activities in which social skills were acquired naturally at a time when Governments invested in students and paid for their studies, in turn creating the conditions for youngsters to "leave the nest" and take the first steps towards setting up their own lives independent of the parental home.

With the advent of the digital revolution came new working practices. The chance to substitute the secretary with the machine, and with robotization, the chance to lay off an entire workforce and have hundreds of families substituted by a machine. The games around a Sinclair ZX Spectrum soon became boring as templates improved and real-life fantasies became virtual realities.

Suddenly, at the click of a mouse (imagine saying that in the 1970s) or a swipe on the touchpad (now that would have involved a white van pulling up outside), the Deep Web became available together with snuff movies, live sex shows, pornography, together with real-time information, webcams, social media, together with the immediate availability of real information, of lies peddled as information and videos shot minutes before in a war zone.

This, in a world in which the average child in a developed country has witnessed up to 100,000 scenes of extreme violence on the screen by age 12 and has been brought up in a world which has marketed an adrenalin rush into each and every aspect of her/his daily life, which has marketed a sugar and energy rush into foods and drinks which should carry a health warning, but do not - foods and drinks to which the child is now addicted through a careful manipulation of additives.

Give any child a chance and they will take the easy option. Would they rather sit down after a birthday and write a thank-you-letter to all the aunts that sent a present or would they rather tap a few words of thanks onto a document and send it to multiple addresses via e-mail? And why should they find a walk in the forest, picking berries to make chutneys or jams or jellies, picking vegetables and fruits to pickle, when there is the latest episode of Game of Thrones they can upload onto a pen drive and plug into the back of a big screen television set, complete with all the wondrous special effects?

In such a world, one in which scenes of violence are played out on the real and virtual screen, in which stories of violence and insecurity in real life abound, it is no wonder that a growing number of Millennials are turning into sociophobes, preferring the comfort of their bedrooms where the internet connection provides everything, including sex in any way, shape or form. After all, education is becoming a business - whereas it used to be facilitated, today it has become increasingly difficult to sign up for and pay for a course and anyway the revolutionized workplace has fewer and fewer jobs, coupled with which an increased mobilization in a globalized world has seen mass influxes of immigrants who are willing to do more for less.

So if it is dangerous to venture out and there is no benefit gained from doing so, why bother?

This is today the mindset of a growing number of young men and women who have not learnt the same social skills as their parents in a world which lives in a void between the pre-digital age and the post-digital revolution. In some extreme cases, they do not even come out of their rooms to eat - the mother knocks on the door and leaves a plate of food in the corridor, then moves away and the son or daughter opens the door to take the plate, then pushes it outside when the meal is finished.

While this is going on, the nutritional value of the food they eat is becoming worryingly inadequate with up to half the world's population predicted to be obese or overweight within the next thirty years, basically because the human being is the only animal that does not know how to feed itself.

And while we are eating ourselves into a life dependency on anti-hypertension or diabetic medication, out there in the real world, forests are being cut down by the day, the habitat of animals is being destroyed, our seas are becoming polluted to the point at which up to a third of the fish are already contaminated, while we are fed a steady intake of hormones, antibiotics and steroids in factory-farmed meat which will give us cancer or else create super-resistant bacteria.

This is not a virtual nightmare - it is the real world we live in. The Evil Six lobbies - banking, energy, finance, food, pharmaceuticals, weapons - control each and every aspect of our lives through the Internet. They can see you as you read this from your webcam, they know where you go on the net, what you see, what type of research you do, what you watch on you tube, believe me, everything. And I mean, everything. Why do you think you get those emails from companies that sound like the name of a friend and have you checked your Facebook account recently and seen the adverts on the right?

Not only have we lost control of our destinies, we have delivered our children into a virtual limbo with no direction and no escape.