Seven points not on the Arab media agenda - what is there to celebrate? 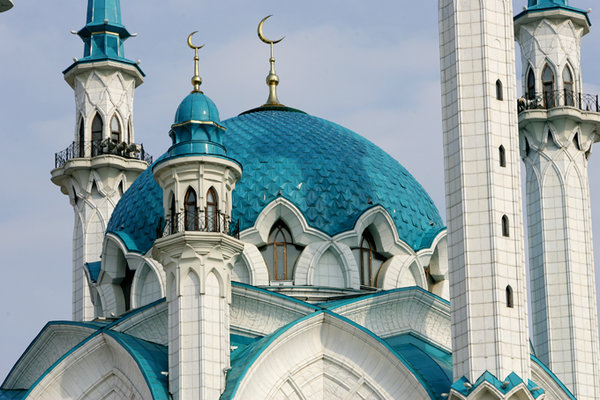 It has been recently announced that Arab 'media experts' plan to 'celebrate' Arab Media Day on April 21, 2016. The theme for the first day, of what is meant to be an annual tradition, is: "The Role of the (Arab) Media in Combatting Terrorism".

The mockery is surely multi-faceted. One is the clearly politicized choice of the theme of the proposed event. The term 'terrorism' is a political one, and is rarely applied to violence committed by Arab regimes: it only applies to their detractors.

Another is the fact that the committee of 'experts' which made the decision was itself appointed by the Council of Arab foreign ministers in their Cairo meeting last May. The Council operates under the ineffectual and mostly ceremonial Arab League.

Of course, various Arab countries are enthusiastically planning to join the 'celebrations' with some, unscrupulously, emphasizing the importance of the 'combatting terrorism' theme, for obvious reasons: positioning themselves as victims of terror, never as purveyors of violence. The event - as most other common themes in Arab media - is likely to tout rulers as the saviors of nations, and condemn their detractors as terrorists, terrorism sympathizers or potential terrorists.

In reality, Arab media has little to celebrate. If anything, Arabs should lament the moral malaise afflicting their media, whether official, semi-official, independent or opposition. This is not to mention the hundreds of useless, glossy magazines that objectify women, belittle the social challenges facing Arab societies, and embrace western globalization as if Arabs only exist to consume, but not to think independently or critically.

If April 21 is to be of any value at all, it should be a day of candid discussion about urgent and practical steps required to escape the complete collapse of credibility under which most Arab media has prevailed since the so-called Arab Spring in the last four-and-a-half years.

As someone who has spent over two decades working in Arab and international media spaces, written about topics related to the Middle East, in general, and engaged in issues concerning the Arab world specifically, I wish to put forward a few suggestions for consideration by the organizers of Arab media committee:

Terms such as 'al-irhab' (terrorism) and 'al-ta'asub' (extremism) are often lobbed by Arab media in all of its platforms for a specific political end: demonizing the other. Instead, the term 'al-'unf' (violence) should be used and confronted, regardless of who the party responsible for acts of violence is. While the State is often granted monopoly on violence through conveniently enacted laws, this monopoly is not meant to be used so nonchalantly and without an iota of accountability, as is currently the case.

Arab media, in general, and commentators, in particular, tend to treat their readers with palpable pretentiousness. It is as if Arab media is the originator of wisdom and of all that is to be known. If there is any truth to that, Arab media would not be in such a poor state. Instead, owners and managers of media platforms should truly engage society: listen and learn from real people about their real life problems; understand that there exist, outside the sanctified media bubble, intellectuals and ordinary people with much wisdom and insight. Media is not meant to celebrate the seemingly endless virtues of the regime, or be celebrated for its own supposed virtues. It is a perpetual podium for ideas, challenging, difficult and rarely gratifying.

Universal Rules regarding Distortion and Fabrication

While some Arab regimes have recently enacted laws that punish journalists for promoting what certain governments perceive as fabrications and misinformation, pro-government journalists are largely exempted from such expectations. It is neither the right nor responsibility of governments to define what is true, thus permissible, and untrue, thus punishable by prison term or heavy fines. Journalists' unions should provide moral guidance to their members, challenge those who permit themselves to serve as mouthpieces to any political party or regime and protect those who remain committed to the integrity of their profession.

Media is not just meant to be a platforms for opposing opinions. While this is necessary in order for the media to espouse a healthy democratic space in any society, Arab societies are hardly democratic, and opposing opinions often serve as hate fest between regimes and their enemies. Whenever possible, Arab media should open up a space for those who wish to think outside the political and ideological self-serving box. Arab intellect should not be limited to those 'pro' or 'anti' this regime or that party. There are always alternative ways of rationalizing which could, with time, offer real alternative to the status quo and conventional wisdom.

Offering Solidarity, regardless of Politics

Arab media should agree on some basic values that include standing by and defending those victimized by Arab regimes for voicing honest opinions, however critical. When a journalist suffers, is imprisoned, fined or ostracized, the entire media community loses a battle. Solidarity among journalists, regardless of personal political views or even ideological affiliation, should be enshrined into any code of conduct in any self-respecting media community anywhere.

Understanding that Women Are Not Honorary Citizens

MENA Media Monitoring has recently criticized the marginalization of Algerian women in the country's media. According to its report, women are given 29 percent of the media space available, while men enjoy the rest. Women are often restricted, not just in space, but also in the topics to which they are meant to contribute, thus cramped only within areas related to family, food and fashion. In fact, Algeria is, perhaps, more fortunate than other Arab media where women are even more restricted, or used as token, as opposed to being active participants in discussions of serious political weight and societal impact. Engaging women in the media is not a favor to be bestowed by men, but a right - and an essential one - for any thinking society.

One is not oblivious to the fact that no democratic media can truly function in a non-democratic society. However, it is the failure of Arab democracies that should heighten the sense of responsibility among Arab media and journalists. Arab media should set realistic but serious goals, and re-visit these goals with utmost honesty and transparency, no matter the confines and restrictions. There are many battles to be fought and won and, certainly, a price to be paid, but none of these challenges can be undertaken under the cloak of Arab foreign ministers or League.

This is not a judgement on Arab journalism itself, for the Arab world is teeming with journalistic talents that are yet to be utilized or explored. It is an attempt at an honest reading of the unfortunate reality under which Arab media is forced to operate. Until journalists and media professionals, through collective effort and after many uphill battles, redeem some respect for their tightly controlled medium, there is no reason whatsoever to celebrate.

Dr. Ramzy Baroud has been writing about the Middle East for over 20 years. He is an internationally-syndicated columnist, a media consultant, an author of several books and the founder of PalestineChronicle.com. His latest book is My Father Was a Freedom Fighter: Gaza's Untold Story (Pluto Press, London).

War and peace: Arab time capsule and its butterfly effect