Chinese proverb for the U.N. "Sometimes the way forward is to go back"

The other day, heard that saying from a friend. Neither he nor I were sure of the source or the date of origin. A good historical guess is that the powerful proverb goes as far back to the times China was ruled by numerous dynasties; the dynasties were preceded by the warlords who may well have learned to their own harm in not heeding the danger of ignoring sound advice. 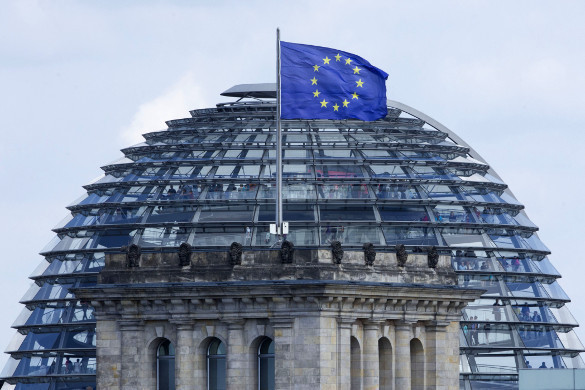 Maybe in some form those same words were quoted in earlier epochs elsewhere round the globe. From a personal perspective, I value that expression as a practical idiom; sage advice that could bring one's own choices into a clearer, sharper and brighter focus; useful means to avoid repeating harmful past mistakes. In macro form, one needs only a little imagination in order to sense how the proverb's sound tack was applied in the current age. Consider the Peoples Republic of China.

In order for the communist takeover to emerge as the new China their leader, Mao Tse-tung, had to first encounter resistance even fierce from General Chiang Kai-shek. Each step of the way, Chairman Mao faced difficult decisions; matters that pertained to either of life or death. As history teaches, in order to live another day the Peoples Liberation Army made the 'Long March' back in retreat to its peasant roots. Having suffered severe losses the Chinese Communists took refuge in the rugged mountains; only after regrouping were they able to defeat the Nationalists. In the civil war's aftermath Chairman Mao was then able to consolidate his power base whereby he launched his cultural revolution in the 'Great Leap Forward'.

The choice to go back

There's a meritorious argument to be made here: Rather than a military application, the proverb's author(s) had a higher purpose in mind; every reason to believe that those sage words were meant to infuse a state of mind that would avoid further bloodshed. Moreover, diplomacy even high stakes is the proverb's core message. And that message is best exemplified during the 1980s. The Berlin Wall came crashing down because the respective presidents of America and the Soviet Union chose to go back. Ronald Reagan and Mikhail Gorbachev humbled themselves; they put aside their estranged state ideologies. In faraway Iceland at Reykjavik the respective statesmen chose peace by the way of discussions; face to face talks in earnest.

More important, only by the two presidents going back to the problem barrier was Europe and Germany able to free and then unite their former fractured states. Does the ancient proverb still fit in today's world? Yes; without a doubt. Ukraine springs to mind.

Which civilized man already caught up in that inhumane maelstrom would now reject the proverb's sound tenets; wise words that provide an out, an avenue of escape without losing face for either side? Of course that means the warring factions need to go back to the beginning: the February 21st Agreement that then President Victor Yanukovich signed calling for new elections. Moreover, instead of continuing down the ruinous path that the Maidan Coup initiated would not Ukrainians be far better off going back to negotiations; find the way forward for peace which was mapped out in the Minsk accords?

Russian President, Vladimir Putin while in a facilitator's role has articulated the exact same reasoned argument, many times. Albeit, his passionate appeal has fallen on deaf ears both from the military obsessed hardliners in Kiev as well as from the junta's meddling advisors in Washington, DC. Rather than meet him in the middle the West chose to treat President Putin and Russia as pariahs; the Russian peace efforts were rewarded with illegal economic sanctions. In turn, the West's intransigence has yielded ironic results; their own economies have suffered as much if not more from the advent of their sanctions. Some countries are already at the tipping point to the 'R' word; Ukraine and Kiev's economies are near implosion.

With the U.N. commemorating its seventieth anniversary this October citizens worldwide only hope that all delegates attending come to their senses. The attendees need to go back to their Charter's founding principles: The U.N. is the sole international forum to hear grievances amongst nations; the global organization's principal aims are finding just solutions by peaceable means using diplomatic channels first and foremost. After listening to President Putin address the U.N. General Assembly later this month it is my personal wish that U.S. President Barack Obama comes away smarter.

An idea for Obama

If Obama gathers himself with aplomb, and puts to test the proverb's wisdom maybe he will have the good sensibility to go back to a drawing room; meet in private with Vladimir Putin. Mano-y-mano there's renewed hope for the two presidents to engage in civil, respectful and frank discourse regarding Ukraine; every reason to believe that later both men will emerge with a satisfactory real solution; one that's a throwback to the wonderful promise that their predecessors, Ronald Reagan and Mikhail Gorbachev were jointly able to proclaim to the cheering civilized world: The Berlin 'Wall' has started tumbling down! Echoing those words, President Obama should announce to the U.N. and the world at large that all economic sanctions against Russia were lifted. Permanently. Any further talk of a New Cold War be damned. It is possible...