Another May 25, another Africa Day, another round of back-slapping, gala dinners, empty promises made in verborrea-filled speeches, collections of meaningless clichés and words of the occasion and over fifty years on, here we go again with a "day" to celebrate the entire continent's woes and to insult its inhabitants to the core. 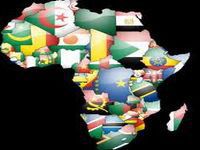 Another May 25, another Africa Day, commemorating the day when the Organization of African Unity was established back in 1963 and instituted by the African Union in July 2002. And what difference has this "day" made over the last year in the continent where tens of millions of people were transported against their will to be illegally detained as slaves just a few centuries ago, in Africa's holocaust?

In a word, none. As usual, Africa Day 2015 commemorates a continent which last year saw shocking degrees of incompetence and nonchalance reverberate through the international community as Ebola Virus Disease swept through West Africa until it became a public health emergency and ultimately claimed 11,140 deaths. "Yes, we were a bit slow off the mark" was the conclusion.

It commemorates a continent whose mentor for the great African project, Libya's Muammar al-Qathafi, was unceremoniously and illegally removed from his position by the FUKUS Axis (France-UK-US) using terrorists as their foot-soldiers in 2011, as the country with the highest human development index in the continent was reduced to utter chaos, which continues today. Speaking of which, it commemorates the continent whose leaders demonstrated a sickening degree of cowardice as they looked the other way and saw al-Qathafi lynched. And did nothing.

As the FUKUS Axis destroyed the Libya water supply and electricity grid "to break their backs" (those of the civilians, of course), it also bombed away al-Qathafi's pan-African healthcare and e-learning programs rendering the entire continent weaker and presenting the sorry scenario we see today. This is a scenario of weak capacities in pan-African organizations to draw up meaningful statistics, it is a scenario of inadequate administrative capacities, insufficient professional independence, lack of sustainable funding and lack of training programs.

So no wonder thousands of young Africans flock to the shores of the Mediterranean desperately trying to buy a passage across the sea to Europe, the continent which once colonized their forefathers and took them on a similar journey chained together lying in a sea of excrement on the slave ships to be whipped and caned and raped and abused on sugar plantations on the other side of the Atlantic. Many of these slaves were literate and could read and write in Arabic and other languages, which were banned on the plantations by the owners and foremen, who in almost all cases were semi-literate or illiterate, even in their own languages.

And what has Africa Day done for these migrants whose only option in life is to risk life and limb to get to a continent where they are disrespected and unwanted? Ask that to the thousands pulled dead from the sea. Ask that to the flotilla of European Union boats on their way to "intercept" the traffickers. Ask that to the terrorists used by the West operating in Libya who after slaughtering boys and girls, raping women and slicing their breasts off, have now turned their activities to torturing and using and abusing African migrants from the south.

Africa Day commemorates a continent where Boko Haram perpetrates the most shocking human rights violations, as Islamic State does in the Middle East but since Boko Haram has not defaced any ancient statues and instead just kidnapped and raped a few hundred schoolgirls, the entire story has been dropped.

It commemorates a continent rife with violence, wars and human rights atrocities which if anything, get worse by the year.

In economic terms, Africa Day commemorates a year in which again there was visible growth in the sale of commodities (as usual on a one-way street out of Africa on terms and conditions favoring the buyer). Yet does the sale of commodities do anything to stimulate the economy by investing in economic diversification, in creating jobs or fostering social development, creating added value? The answer in all cases is no.

It commemorates international reports drawn up by consulting houses which make broad statements such as "manuals should be drawn up and printed which use established international standards". They have been saying that for decades. They speak about "creating a technological environment". Al-Qathafi was trying that and look what happened to him.

Africa Day commemorates statistics which sees the illiteracy rate rise from 65 to 71% in the decade since 2005 in Benin and which remains at way over a third of the adult population in a large number of countries.

Forgive me for not celebrating yet another Africa Day and for wondering why I feel depressed to the core every time I write about this continent.