Soviets Die In Norway: Thank You Very, Very Much! 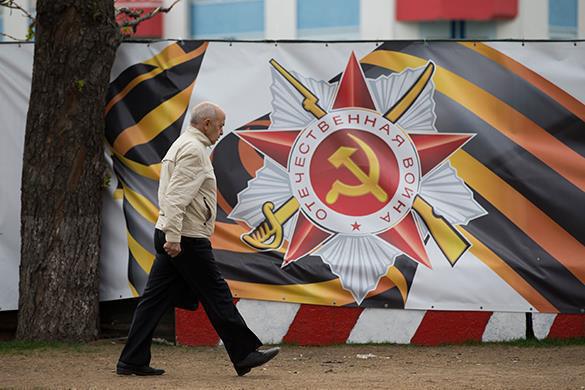 First a word of caution:
Nobody in Norway wanted to print this article.

In this essay I will discuss people, especially dead people as just numbers. You are warned!

I make no distinction between dead Russians, Germans, Norwegians,  Jews, Orthodox, Protestant etc. To take into account all injustices, justices, accidents etc is important but beyond the scope here.

May 9th is here.  This is a significant date in the history of the Soviet Union, more so than anywhere else. This date represents the core of life for most Russians. Little do I, coming from Norway, understand how this date represents community glue for the you, but I have read books, seen films, learned in school. I can not feel it, understand it without words, or have  it like you do.

Now; until recently common knowledge in Norway dictated that as many as 2.500 Norwegian people died as a result of combat action on our own soil. In addition, there where thousands of sailors who gave their lives in the convoys of Norwegian ships transporting an estimated 180 million tons of goods to many corners of the world, including Murmansk.  This represents Norway's main contribution to the combined war effort. Then there where the ones fighting on other sides too, including  the German and the Soviet side, mainly misled idealists and community misfits one can imagine.

In practice, looking into the crystal ball telling past history, Norway implemented the smartest war tactics imaginable: Resist as little as possible, lay flat on the ground, almost nobody dies (you where warned in he beginning of the article) let the enemy overextend itself until the point where they wish to go home to mommy and let the others to the most of the fighting for you.

Before getting to my point I need to tell you a short story: Many years ago I discussed this latest issue with my father who is a Lutheran priest, claiming this tactics proved to be very clever indeed since almost nobody dies. His reply was simple: "Someone else has to do it then, when we do not do it".

Recently the number of "war related deaths (of Norwegians) in Norway", has been pumped up to around 10.000.  That is a lot, and sounds much better, do you not agree? My fair guess is that this number is comparable to the number of Russians who died in transport accidents on the road while driving too and from the factories and the front, and between the fronts during the war, nicht wahr?

Fact: Many more Soviets died in Norway freeing Finnmark from the Nazis, than the total number of Norwegians who died in combat. This widely accepted figure is little over 16.000. There is a memorial in Oslo, close to where I live to remind us. These days it is full of flowers!! But these flowers are not a grateful gift from the Norwegian Government.. No, they are from Russians who have never met their own father like the grandmother of my son and from people at the embassy who have either lost someone close or/and do this out of heart!

This year Norway's top brass decided to not come to celebrate May 9th. They say that disagreement over recent events in Europe prevents them from taking part.

They say that Russia's actions in Crimea and Ukraine represent these events. Now;  My essay is not a political one but I cannot help making a short comment here. Herr Putin, where is your public relations department, you cannot possibly think of everything?

This is what I would advice you to say:

"Is America originally .. eh.. American? Who are the Americans? Irish, British, French, African? How and when did it become such?"

Or you can say: "Is the DDR naturally a part of West Germany? Is Australia really British? What about the Falklands, do they naturally belong to Britain?"  The list goes on.

As I understand it from the Norwegian press, the Crimea was part of Russia until recently, and for hundreds if years before that.

Unfortunately, the mentality of some politicians is like this: "Because of our quarrel yesterday, I will not show my gratitude today for saving our 'popy' earlier sacrificing millions, millions of lives, so I do not want to play with you right now. I also think you are using the whole thing as a publicity stunt."

A good, smart move by our politicians would be to show up in the Parade, be grateful and use the opportunity to have some secret tete-a-tete talks. It would still be possible to make a protest if need be, but unfortunately our politicians are not so clever, sadly so.

We do not thank Russia this time. But not all of us are like that!

Herr Putin: I cordially apologize for my government for not having the guts to show up at your parade. I would have taken the opportunity to discuss serious matters with you. I know exactly what to say, and what to listen for. Thank you Sir,  and your ancestors for sacrificing lives for our freedom in Norway.