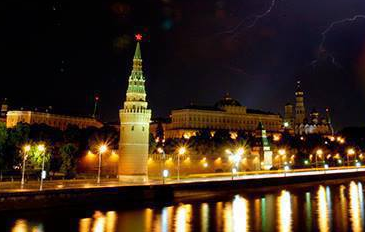 In recent days I have frequently wondered in what condition the world would be if there were a Christian equivalent of Al-Qaeda. At one time there were the Templars and later theJesuits, but not for centuries has there been organized zealotry originating from the Occident. Yet with news the United States military has sent 300 interlopers to meddle in Ukraine comes the possibility just such an assemblage may eventually arise.

The recklessly provocative action by Washington to insert itself where it not only does not belong but where it courts direct confrontation belies a darker question. If war comes, for whom will those estranged Westerners living in the West fight?

Will conscripts sacrifice themselves on the altar of Multi-Cultural regimes which stretch from Los Angeles to Oslo and seethe with hostility for the "Old White People" who created the environments in which they prosper? Can we expect the disenfranchised sons and daughters of liberty, often with higher ability but lower levels of pigmentation, who seemingly have been defrauded out of their educations and occupations and birthrights to martyr themselves for nations whose leaders apparently betrayed them? How many traditional Americans will die for those Neo-Americans who barely contain a hatred for their hosts?

Now before embarking on our examination I feel myself compelled for the sake of those tender sensibilities among us to iterate that analysis is not advocacy. My own personal beliefs on this topic, which I keep to my person, should not be assumed any more than the climate preferences of a weatherman who puts his head out the window. This review is merely written from a perspective of the dispossessed.

With this being said, without doubt should war come the professional soldiers will unthinkingly go wither they are told as they so often do. If there is one thing which can be counted upon it is that G.I. Joe will always fight against his own best interests. He has been doing it since at least 1863.

Though what of the civilians? The ones who are fed up of being told they are "racists" and frequently unjustly punished for being so without a scintilla of evidence? Might not some consider a half-century of witnessing the best cities wasted upon the worst examples of humanity well-nigh enough? Just perhaps a very good many are fatigued from the endless pandering to the most base and least productive? Even that millions are ready to retake their billions of tax dollars back from the swelling barbarians?

On the contrary I predict it is far more likely that large swaths of Western Europe and tremendous expanses of America would overnight find themselves accused as what Controlled Media would undoubtedly refer to as "Fifth Columnists."

Armchair historians frequently cite fascist Germany's invasion of Russia as its greatest military blunder, but this is not necessarily accurate. Had Goebbels and his men adequately laid the psychological foundation that theirs was an army of liberation against international usurpers they might have found a sizeable force of Slavs waiting to assist them on their march. Instead the Germans foolishly alienated what for all intents and purposes were their brethren. Not only was Germany destroyed by such idiocy but ordinary Russians likewise suffered another fifty years under Bolshevik-inspired Communist rule.

Today Putin would be unlikely to commit a similar error. He and his advisors are wise enough to realize conflict must be characterized in any way other than American versus Russian. The Kremlin knows many citizens of the West empathize more with his government than with their own cabinets which are seen as abusive, corrupt and intent on an eventual goal of ethnic cleansing against their historic populations.

When the government of Norway grants asylum to literally every Syrian who can wrangle into the country, that government no longer represents the Norwegian people. When Italians are chastised by officials and an apostate "Pope" even as their sacred places and holy shrines are sullied by defecating Africans, that government is no longer an expression of the Italian populace. When United States bureaucrats dictate "diversity" training for border control agents as opposed to actively repelling millions of invaders, that government is no longer rightly called American. Why should any sentient occupant fight on behalf of such illegitimate entities?

The choice faced by such demoralized masses would be whether it is best to nominally "fight for your country" which steals from you, swindles you, ridicules you, debases your religion, insults your national heroes, ruthlessly suppresses social dissent, and threatens to ultimately outlaw your very existence?

Or, whether it is the better part of valor to fight surreptitiously for a country increasingly seen as the last bastion of philosophical Westernism, in which a generally morel people still hold traditional values, where defilers of the Church are not given awards but prison sentences, whose society respects its progenitors, and perhaps more critical than all, where subjects are able to walk down a street and see others who resemble themselves.

When the leadership of a nation excises everything (and increasingly everyone) which made it one's country to begin with, the notion of fighting for that governing body is laughable. A pathetic joke - which is exactly what America and the greater West have become in the minds of many inhabitants.

It should be imperative any clash is assiduously described by the Kremlin not as a skirmish with America, but solely with its present administrators; an essential distinction as many Americans already feel under siege by the cabal in Washington and its bureaucratic satellites dominating satrap capitals.

Would such an argument necessarily prompt an American insurgent force to immediately rise against the Imperial City? Hardly; most individuals are cowards, especially when being led to slaughter. However there would undoubtedly be thousands of disgruntled guerrilla resisters sick and tired of being displaced in their own homeland who would heed that call. Tens of thousands more would look the other way, becoming passive collaborators with those taking more strident action.

Some learned counsel to Obama, Miliband and other newcomers who have prospered greatly inside once secured gates is it would not be in our best interest to make war with Russia. For if contemporary Moscow played its advantages more cleverly than historic Berlin nuanced propaganda might easily convince innumerable Westerners this would not be a war between nations but between futures; or more aptly stated, between civilization and anti-civilization.

Under currently deteriorating conditions, that is a concept several men of the West might find worth dying for.

Guy Somerset writes from somewhere in America. He is a lawyer by profession.