The Mediterranean Sea: A cemetery for those seeking happiness

Some of the world's most powerful civilizations grew up around or near the Mediterranean (meaning Middle of Earth): Egypt, Greece, Rome, Carthage, Venice, Spain...today it is a cemetery for those trying to reach its shores or cross its waters. Ten thousand people have been rescued in recent days, indicating the scale of the problem. This weekend, 700 died. Last week, a further 400. 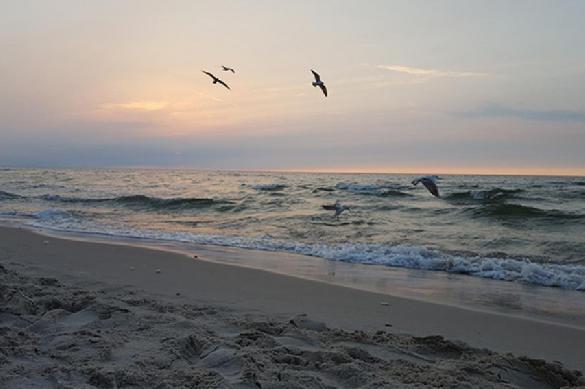 Saturday night. Just after midnight, between the coast of Libya and the Italian Isle of Lampedusa, a cargo container ship flying the Portuguese flag was called upon by the Italian authorities to go to the aid of a merchant vessel with engine problems. As many of the seven hundred people crammed on board all ran to the side of the vessel to be rescued, it turned over. Only twenty-eight have been plucked from the sea. The remaining six hundred and fifty-plus are dead, the end of the European dream.

Migrants from across Africa

Those aboard came from Sudan, from Central African Republic, from Nigeria, from East, Central and West Africa, many of them terrified for their lives because they would be killed if they stayed at home in ethnic conflicts, or else become the victims of endemic poverty or disease. The only hope at the end of the tunnel? Beg, borrow, scratch together the 1,000 Euro it costs for the trip to cross the sea on a merchant vessel, in many cases totally unprepared for the crossing, run by unscrupulous criminal gangs of human traffickers who become rich at the expense of the misfortune of others.

The Italian coastguard has confirmed that in recent days around ten thousand people have been saved from peril by merchant vessels in the southern Mediterranean Sea. Indeed, Italy, along with Malta and Greece, are the countries most affected by these waves of desperate immigrants, being nearest to the African and Turkish coasts, respectively. They feel isolated and complain that they are left alone to deal with the problem.

And what is the problem? In raw figures, it is estimated that in 2015, between 500,000 and one million migrants will arrive in the European Union, across the Mediterranean Sea. To date in 2015, around 1,600 people have died making this crossing - these figures being the known cases (how many more died in undetected vessels is a mystery). The numbers are increasing. In 2011, 58,000 people tried to enter the EU across the waters, the figure growing to 218,000 in 2014.

Last week, some 150 people were rescued off the Libyan coast, while a further 400 perished.

The general consensus among European governments is that something needs to be done and the first proposal on the table is to send more ships to the southern Mediterranean. This will mean fewer people will die after being sent across the water in vessels which in many cases are not seaworthy and which are usually heavily overladen with their cargo - human beings.

It will do nothing to stem the tide of immigrants fleeing conflicts or looking for work because the countries they came from are destabilized. The answer is not only sending more ships to save them from the seas, it is not only to deal with the criminal gangs trafficking these people - there are so many (one million people equals one billion Euro, at least) that if one trafficking ring is taken out another will appear, as is the case with drugs. The answer is in development of the countries they come from - once again, Development, not Deployment.

This means a serious international response to the sale of weaponry from one side, it means an end to one-way traffic of people and goods from Africa to the West, it means an investment in Africa to create sustainable development, not plunder of its resources. It means setting up the excellent education systems which were funded and organized by the Soviet Union and then destroyed as western countries told the Africans their wonderful boom-and-bust market-based monetarist model was better.

Then look what happened.

On the other hand and from the other side, it means good governance, which means accountability, responsibility and zero corruption, remembering that for every corrupted there is a corruptor.

Those who make the attempt to cross the sea to the Euro-dream and arrive on the Continent end up as detainees in camps and are either sent back or manage to move northwards to Germany, the UK or Sweden where they work illegally until, if ever, they are legalized. Others end up reaching land already dead, where they are buried in mass graves marked with numbers or letters, or else "dead at sea".

For all those who say it was worth the risk, how many more lie under the waters of the Mediterranean, a cemetery for those whose only crime was to aspire to a better life and happiness? When Europeans were spending centuries civilizing "savages and natives" with the Bible and the bullet, drawing lines on maps and destroying civilizations, nobody gave a thought to what would happen tomorrow.

It is happening today.