Some questions about Islam - Part two

In the first part of our interview with Shaykh Abbas we tried to describe, as difficult as the limited means we have, some spiritual aspects of Islam. Of Course, this is a speech, this, that cannot be sold with a few and imperfect questions but it can at best be a starting point. But there are also other high important aspects: for example, politics and religion have always been intimately linked in human history. No coincidence that in the Gospel we read that Christians must be a grain of salt in the world and this is nothing but an explicit invitation to a political action too. A similar attitude exists in the Muslim world, just as it is. 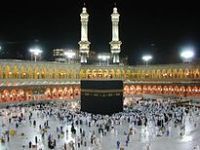 In this second part then we tried to explore how Islam and the recent political events in the Middle East are linked together.

Even if the times we live may seem dark to someone, the last response that Shaykh Abbas holds for us, seems just to be an invitation to hope.

Q) Coming to the present day, the Middle East has long been torn by a series of bloody wars that leaving him without peace. Muslims against Muslims but with a generous outside help. Peace in those lands is now only a distant mirage?

A) Peace in the Middle East will be possible only when the neo-colonialist powers and their vassals were to stop feeding the chaos and terrorism internationally letting each nation is free to think and act independently and without external coercion. The basic problem, however, is not this or that government but the existential state in which humanity has resulted in this particular phase. As long as there are politics and politicians ready to sacrifice their own humanity and that of others, to achieve fame, money and fictitious being, stubbornly want to marginalize the spiritual life of individuals, each good speech will be nothing but pure hypocrisy.

Q) US General Wesley Clark has admitted the existence of a list of five nations to break down consecutively to reshape the Arab world and North Africa. There are only Syria and Iran to complete it. And unfortunately the troops on the ground are composed of Muslims who often gave a display of great cruelty. All this cannot belong to Islam....

A) Sure, it does not belong to Islam. But here I would not do the usual apologetic discourse of the poor Muslim attacked from all sides when it is said that Islam has nothing to do with terrorism and cruelty, etc., etc. ... It is true that Islam does not is terrorism and cruelty but to apologize should be those States, non-Islamic or  pseudo Islamic, to apologize and to be apologetic because of the blood that was shed through their hands. At the time, the apology, however, are the last thing that the Muslim populations want to hear: not interfere and let live would be enough even if at the moment seems a distant utopia.

Q) There is a precise and Western direction in what happens in the Middle East. We can say that groups like Isil, Daesh, Al-Qaeda and takhfirs extremists are the result of a violence committed by the West against Islam and the Koranic message?

A) Western powers have been a major cause of international terrorism and in the Middle East. The goal is to try to extinguish the light of God but God will perfect His light even if it hurts to the renegades. The so-called "West" does not bother government policies in themselves for or against their own populations, are quite concepts such as "religion", "purity", "devotion", "consecration" to shake the thrones of unfair and tyrants. The attack that there has been and continues to be is against Islam, the Quran and Muslims, not against the corrupt policies, alleged or real.

Q) How is it possible that the colonial powers have had such an easy game?

A) I do not believe that the colonial powers have had easy game with Muslims. Maybe they thought it was at first, but now I think they understand that having to do with Islam is not like having to do with an institution without faithful and then the game is not easy. Think about Iraq, a country with virtually no army but whose believers, thanks to a fatwa issued by a great religious authority, have organized themselves in the fight against terrorism. However, even if we suppose that the aggression against Muslims could eventually eliminate any obstacles of material nature and change the history in their favor, the essence of Islam and its intimate adherents are far from being subjects to deceptive games of this nature, but that's another story.

Q) Even the Greek Orthodox Church has suffered heavy attacks by the Western media at the beginning of the economic crisis. A time in which the golden calf becomes worshiped again perhaps awaits us?

A) We are approaching an era in which the Savior of M;ankind will manifest himself, the Well Driven, the Mahdi, and with Him will be the Messiah, Jesus son of Mary, peace upon both of them. The sincere followers of all heavenly religions will be side by side to restore what has been lost and ruined in all these centuries. We are aware that some say "fairy tales, myths and legends of the past" but this is precisely the point: who does not want to know automatically detached from it and nothing tasted.

We thank Shaykh Abbas for his patience and kindness that gave us in answering our questions.