Phoenix rose from ashes; Novorossiya will rise from Western sanctions 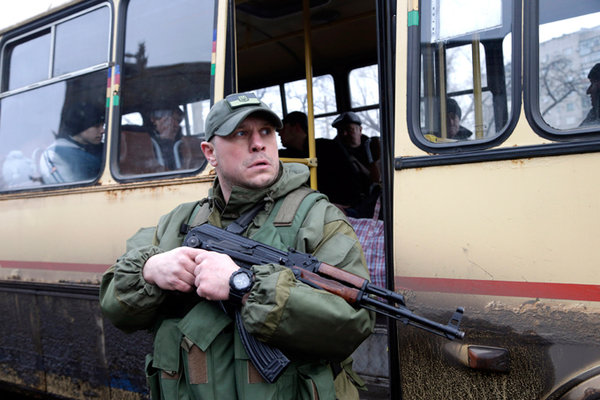 When we say Novorossiya we are not referring to that territory Russia annexed over two centuries ago from the Ottoman Empire; nor do we mean the less than one year old confederation proclaimed in East Ukraine by the Donetsk People's Republic and Lugansk People's Republic.  What we have in mind is a new Russia: an emerging, much stronger nation, or federation, callused by the pain inflicted from the United States and its EU-NATO toy-dog through economic sanctions; a wiser Russia... a deflowered maiden which resulted from Gorbachev's well-meaning, but naïve, détente-glasnost days of promise by America's deceiving Novus-Imperium.

And the beat goes on in the US media, unashamedly, placing the current impasse in East Ukraine in the boogeyman's hands, holding President Putin responsible for daring respond to a sub-rosa understanding which was part and parcel in ending the Cold War; an understanding blatantly abused by the US through nationalist groups instigated by the CIA and a triumphalist US State Department.  One needs but slowly walk the path of encroachment during the last 25 years; first through Warsaw Pact nations, followed by a subsequent intrusion in the politics of former member republics of the Soviet Union.

Obviously, the coefficient of patience's elasticity in the Russian government had to end somewhere, and US' final push in the Maidan protests, and a forced regime change, was the straw that broke Vladimir Putin's diplomatic back.

Under a pseudo-banner of "territorial integrity," Russia has been denounced for taking Crimea into its fold, and for lending aid to the separatist movement taking place in the Donetsk and Lugansk oblasts of eastern Ukraine.  Never mind the problems birthed by an illegitimate government now operating from Kyiv throwing the entire Donbas region into turmoil because of economic-political-cultural-language-ethnic issues.  As usual, the US government has simplified matters for its underrated citizenry via lies of omission as well as a propagandistic constant call to arms to ensure the US is always on top... not first among equals, but first-in-charge.  And, of course, the pride-and-prejudice instilled in all of us is put to the test; and the jingoist American corporate media revels in it!

Not much dissent in ganging up against "irrational" Putin, or an enemy that will not go away: Russia - for most Americans, Russians have been, are, and will remain "commies" to the end of time... no matter the ignorance that such thought implies.  Not uncommon to have presumably educated talking-heads in TV still referring to Russia as the Soviet Union, and not retracting their lapsus linguae even when they catch themselves.

As if this ignorant acrimony weren't enough we, Americans, have our top statesmen representing us stupidly well... of late, by way of Joe Biden, our vice-president, through his imbecilic mouthy demeanor (remindful of his "regular guy" approach in getting the union vote); and, our Frenchie-trained top diplomat, John Kerry.  Of course, they had to follow the no-words-minced example by the "leader of the free world" and his highly unsavory, belligerent remarks during his the state of the union message which delighted in Russia's economic struggle; in our view, categorizing the pain as just deserts.

Obama just finished having a get-together with the German leader, Angela Merkel, and at the post-meeting Q&A session with the press, it was obvious the German mandatary is more patient and reasonable in dealing with the US-created Ukraine-Russia problem than the bellicosarian, fascist element which permeates American politics, and their eagerness to provide Kyiv with lethal weapons to fight the pro-Russia separatists.

What happens in this upcoming meeting in Belarus, we sense, will have a higher Euro-tone, a bit more independent from the vocal hawkish regulars portrayed by demented John McCain, Lindsey Graham and the all-inclusive GOP cast of warmongers. Not likely that a solution might be found, permanent or temporary, but perhaps some common ground may be reached for continued negotiations between these Slav-brothers.

Given both, historic reality and Russia's uncompromising desire for self-preservation as an influential regional power, militarily and economically secure, it is unlikely that Putin will consent to anything less than a bona fide geopolitical buffer zone, one which will preclude NATO membership for Ukraine, or Kyiv dominance in the affairs which might take place below the 47th parallel, or east of the 35th meridian.And no bully-nation or criminal sanctions will hold Vladimir Putin hostage to the true evil empire... the empire Ronald Reagan had confused in his state of dementia.