US Government Loaded with Psychopathic Morons

US diplomat: "the United States must help the Ukrainian army to kill Russians." 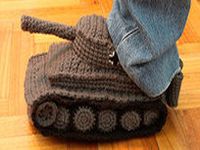 "When Russian citizens in Ukraine are killed, it causes resentment from Russians, and they will start to put pressure on Russian President Vladimir Putin," according to the former advisor to the permanent representative of the United States to the UN, Rick Grenell. "Therefore, it is certain that the growth in the number of victims of the militia will force the Russian President to withdraw. And then the Ukrainian army could effectively kill their enemies. We need to provide weapons and supplies," reports Fox News.

First of all, for the morons in the US government, the enemies of the "Ukrainian Army" primarily are not just the defense forces of Novorossiya, but every single man, woman and child in Donbass. Their efforts are specifically directed at killing as many civilians as possible and causing complete destruction of homes, hospitals, schools, churches and infrastructure necessary for life such as water and electric facilities...making for a humanitarian disaster of epic proportions.

So this is what the genuises of the US government want to provide weapons for?

It makes one absolutely furious to hear their repetitious mantra of lies. The US is considering sending weapons so that the poor, innocent Ukrainians can "defend themselves." This is utter bilge. They are not using the weapons to defend themselves, but are using them to conduct a systematic campaign of Genocide against Donbass people.

Stupid American filth think that it's a good idea.

In desperation about the economic, political and military situation in the country, Kerry, Merkel and Hollande in are in Kiev today to discuss with their toadie, Poroshenko, how to salvage the situation. It is said that they have some new plan and will approach Mr. Putin with it.

Sorry, but if you know the Russian mentality...no plan short of making some sort of reparations or restituion will be acceptable. Agreeing to "allow" Crimea to be part of Russia is absolutely not that reparation.

History lesson for the US government: Donbass/Crimea have been Russian since Catherine the Great. Crimea has been Russian longer than the US has been a nation. Hundreds of thousands of Russians died to defend Crimea and Sevastopol during the Great Patriotic War.

Donbass will never be sacrificed to NATO garbage.

They keep up the false charges that Russia is sending weapons and supporting the Novorossiya defense forces and Russia has also "invaded ukraine." Russia needs to "withdraw," everything is Russia's fault, Russia is stoking the conflict...of course the opposite is true.

Western/NATO weapons and mercenaries are in the country, killing Donbass people. They are counting on people's stupidity and laziness not to check the facts and the enormous amount of evidence available.

US/western fools are NOT going to get Russian people to make Mr. Putin withdraw from somewhere that Russian forces are not even present. Idiots.

But they keep repeating this, exactly in the fashion of Joseph Goebbels. Where's the proof, genuises? There is NONE. We know that.

The US government is doomed by its own epic stupidity. Perhaps they are unfamiliar with the first rule of battle: know your enemy. If you do not know your enemy or yourself (obviously they don't realize what degenerate filth they really are), YOU WILL LOSE EVERY BATTLE. I believe that comes from Sun Tzu.

The mentally impaired morons of the US government do not know Russian people or the Russian spirit.

Washington has made no secret of their ultimate goal: regime change in Russia and ultimately breaking up the Russian Federation in order to plunder its massive resoures.

Foolishly, they believe that the Russian people, deprived of Apple iPhones, Gucci or whatever are going to rise up and revolt against their government.

Russians know when they are being insulted, attacked, lied about. The more the fools of the US government push, the more cohesive and united Russian people will be with their government. What is not to understand about that?

Sure, for a while, many flirted with the fraudulent image the west was trying to sell the Russian people and the world. But the American dream is really an American nightmare. The minute Russia was attacked, most all of that all flirting came to an end with few excceptions.

The Americans have now awoken the Russian people. Now, instead of seeing the west as some pie-in-the-sky Disneyland and partaking of its lusts, depravity and consumerism, Russian society immediately rediscovered its heritage, heart and soul.

Russians have now remembered that they are a distinct and very special civilization, one that has been subject to concerted western efforts to destroy it once or twice every century. Russians know their history. No apologies have to be made for the very resplendent Russian culture.

There is no shortage of pride and reverence for those that gave their lives in the fight against Nazism during the Great Patriotic War.

All of this comes together to make Russians think a different way than those in the west, in Europe and the feculent, rotting US (after only 200 years?).

Russia is a nation of almost infinite resources, not the least of which is many friends throughout the globe. Russia does not have to be like the US, obtaining allies/vassals through bribery, blackmail and bullying.

I'm not sure where I found this quotation, but it gives the true essence of Russia:

You can be friends with Russia, because Russia is good-natured,

You can cooperate with Russia, because Russia is honest,

You can ask Russia to help, because Russia is generous,

You can fool Russia, because Russia is trustful,

But you cannot fight Russia, because Russia is unbeatable!

The last point that needs to be stressed here is this: If Russia is Ukraine's enemy and attacked/invaded the country, then why are 1.2 million Ukrainian men now living as refugees in Russia?

These scoundrels and liars in the west, Obama, Hollande, Merkel, Cameron...need to revise and rethink their foolish, stupid attitude towards Russia and their plans to do a repeat performance of 1991. We will not forgive or forget how the west robbed, raped and pillaged Russia, causing the early deaths of many Russian people.

God bless and protect the defenders of the Donbass people.