Everyday parents across America tell their children, "If you are talented, work hard, and are dedicated you can become wealthy and successful." 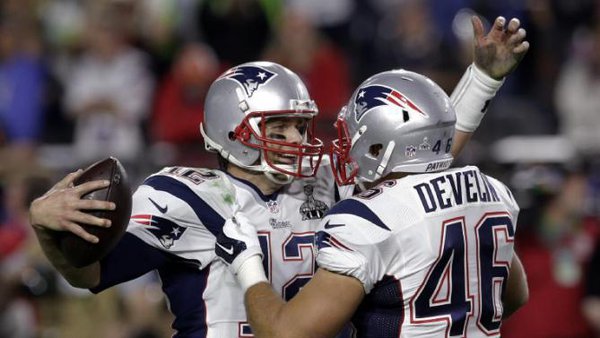 Eventually, however, these children grow up, and quickly realize (as evidenced by the plethora of overhyped, under-talented "stars" in the entertainment industry) that inherited wealth, nepotism, cronyism, physical appearance, and ubiquitous publicity will almost always trump talent, hard work, and dedication.

The New England Patriots are now the champions of the world.

As I was pondering whether or not to write this article, I could easily hear the cacophony of critics condemning me as a "sore loser," or worse.

It was then I realized that this is exactly why the National Football League (NFL) wields so much power over the otherwise mundane existences of so many in America.  Its appeal to regionality ensures there will always be defenders willing to overlook or rationalize the hypocrisies and duplicities that have reduced cheating, bad officiating, and/or bad conduct to relative terms, making concepts of "right or wrong" and "fair or unfair" dependent upon which particular team benefits and which particular team suffers.

But, in fairness to the Patriots, I lost faith in the integrity of the NFL brand of football long before the Super Bowl.  In fact, thanks to many of the dubious penalties (and non-penalties) that impacted some playoff teams, I am proud to say that I did not watch a single second of this overhyped, but ultimately meaningless, annual spectacle.

An aberrant act, no doubt, in a nation where the Super Bowl has almost become a religious ritual.  But one I do not regret.

The only regret I now have is thinking about how many valuable hours I've wasted every Sunday (and Monday, and now Thursday) watching young men, heads filled with propaganda about "glory" and "honor" and "teamwork," turning their knees into splinters and their brains into mush to enrich a cabal of modern day robber barons; how for every Tom Brady, with his heavily promoted "pretty boy" looks and model wife, there are quickly forgotten tragedies like the suicides of Junior Seau and Dave Duerson; and how many of today's NFL "heroes," who (if you believe the announcers) allegedly "make history" on a weekly basis, will, like many of their counterparts of yesteryear, be discarded and forgotten, save for an occasional "dusting off" by the NFL for publicity purposes.

I know my boycott will have no financial impact on the NFL, and I realize this article will not change behaviors that are so firmly entrenched in American culture.

And I am at peace with that, because, from now on, I intend to spend my Sundays (and Mondays, and now Thursdays) living life.  I am going to toss a football around with my friends, instead of watching others do it, I am going to visit loved ones, ice skate, learn to play the guitar, read a book, go for a drive in the country, and, yes, even write articles.

So, thanks to you New England Patriots and NFL, I no longer intend to allow illusion to camouflage the truth.  After all, if people could distinguish illusion from truth, American Sniper would not be breaking box office records, Fox News would not be so popular (or even considered to be "news"), and the majority of the people holding political or judicial office would be recognized for the corrupt, conscienceless, sociopathic, self-serving, megalomaniacal and mendacious hypocrites that they are.

So let's feign ignorance or indifference over deflated footballs, and let's find nothing offensive about calling a team the Redskins.  But don't let players put on the wrong colored shoes or criticize the referees.  After all, things like that can get them fined.