How to destroy Europe, in five easy steps 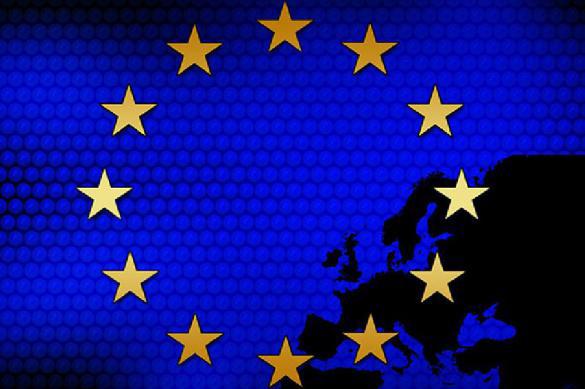 First, you wait for an opportunity to take part in a European war. That is what US president Woodrow Wilson did in 1917: although the majority of the US people was vehemently against entering the Great War, despite his solemn promises, Wilson took the US to war. Thus the US helped delay the end of a war that most belligerents were yearning to conclude. Subsequently, the conditions forced upon Germany were unnecessarily harsh and cruel and instead of ensuring peace, the Versailles Treaty laid the groundwork for a new war.

Second, you make sure the European nations get themselves into another nasty war by giving support to an irresponsible little dictator. That is what US president Franklin Delano Roosevelt did in 1939, when he gave Polish dictator Smigly-Rydz a blank check in the conflict with Germany. Bone of contention was the harrassment of the sizeable German minority by the Polish authorities. Since FDR was also lending support to the British and French governments (which in turn had promised to support Poland), the US president could then lean back in his wheelchair and watch as events unfolded. Sure enough, events escalated when the little Polish dictator decided not to yield to the demands of the German dictator, Germany invaded Poland on 1 September, 1939. World War II began when France and Britain declared war on Germany two days later, convinced the US would soon join them.

Third, you enter the war only when he enemy is sufficiently worn out. While you throw as many bombs on the heads of innocent civilians as you can, razing the beautiful cities and towns in which they live, you only send in ground troops when the enemy has effectively been beaten by an ally. That is what FDR did: in the summer of 1943 he landed troops in Sicily. At that moment, the German army had been defeated by the Red Army at the Battle of Stalingrad and was being defeated again by the Red Army at the Battle of Kursk. Fighting in Italy, US troops were no match for the Germans. Practically every serious advance in the Italian campaign was made by US allies: South Africans, New Zealanders, Poles, Brazilians, and French, including troops from North Africa.

As you go along, you deprive words of their meaning by using them to indicate their very opposite. Essentially, you are destroying the language: whenever you invade, destroy and occupy a country, killing uncounted numbers of civilians and maltreating or executing prisoners of war, you call it "liberation."

Fourth, after the war has ended, you do not sign peace treaties, but instead install puppet regimes in the occupied nations. Sure enough, since you purportedly are the defender of "democracy," you must allow elections in the occupied nations, but you make sure that any party that does not suit your taste is either forbidden and excluded from participating, or if succesful, is excluded from government participation. Thus, the Communists, forbidden in West Germany,  were kept at bay in France, Italy, Greece, Belgium and the Netherlands. In order to keep your new client states in check, you keep them militarily occupied. Then you create a framework to keep your clients in check  and demand heavy "defense" outlays, pressuring them to buy the mediocre weapons that you produce. At very high prices, needless to say. Meanwhile, you keep up the war spirit by instilling constant fear in your clients. Thus NATO was created in 1949. Another instrument to keep the client states in check was found in the various local social democratic parties (Labour in Britain), whose younger members were given lavish scholarships to the US, and whose parties and affiliated institutions and organizations were subsidized in various ways. Thus the US created their own party in each and every European country. (Support for Christian Democrats, Liberals and Conservatives was not needed, since these parties were anticommunist anyway and enjoyed wide support among the voters).

Fifth, when the "threat" (to protect against which NATO was created) has disappeared, you invent new enemies to justify your continued military presence in Europe. Thus, when the Berlin Wall fell in 1989 and the Soviet Union was dissolved in 1991, NATO continued to exist. All over Europe, US client states, often not even aware of the fact they were client states, began to drastically cut down on military sending, dismantle their armies and sell off excess weapons. After some searching, the US then "discovered" a new threat: "International Terrorism." After 11 September, 2001 this "International Terrorism" was given a Muslim identity and face. Since meanwhile every European nation has acquired a sizeable Muslim minority, you thus also lay the foundation for widespread distrust among Europeans. True to the age-old principle of "divide and rule", you try to increase suspicion and distrust in your client states by having your Social Democrat lackeys everywhere adopt a secret policy of pampering te Muslim minority. Thus, mosques are to be built wherever possible; Muslims are made to receive inordinate subsidies and privileges and young Muslim street toughs and criminals receive only minor punishment and plush treatment. Whenever anyone (non-Muslim) raises a protest, he is quickly branded a racist and thus silenced. The stubborn are severely punished after elaborate show trials.

All the while, you bombard the Europeans with silly Hollywood productions that will destroy their brains, you have McDonald's, Burger King and Kentucky Fried Chicken flood the market with glorified cattle feed with lots of sugar, fat and salt and thus destroy the health and physical resistance of the Europeans.

Whenever you can, you try to increase your territory by installing puppet regimes in other nations (Ukraine, Georgia) or you simply create new nations out of the blue, like Bosnia-Hercegovina and Kosovo.

Ah, and finally, you need to keep your clients under constant surveillance, listen to all their telephone conversations, read all their emails, all their tweets, and register everything they do on Facebook and every comment they leave on forums.