On a global scale, one in five adolescents is not currently attending a school or education program, according to the joint UNO agency report released this week. Furthermore, the report demonstrates that poverty, marginalization and exclusion from education walk hand-in-hand. 2015, the world of the haves and have-nots. 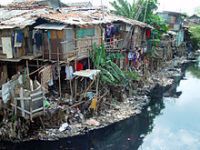 2015, the world of the haves and have-nots. According to the report "Fixing the Broken Promise of Education for All: Findings from the Global Initiative on Out-of-School Children" drawn up by UNESCO and UNICEF, 63 million adolescents worldwide (children aged between twelve and fifteen years of age) and one in ten children of primary school age are not attending school.

Despite the pledge in the Millennium Development Goals set back in 2000 to provide Education for All by 2015, there are currently 121 million children who have never started school or who have dropped out, making them vulnerable to criminal gangs, to human trafficking, to marginalization, exclusion and criminal activity.

Irina Bokova, Director-General of UNESCO, speaking about the findings of the report at the Education World Forum in London last week, referred to girls forced to stay at home, children caught up in conflict zones, children forced to work and children with disabilities excluded from school.

The report finds that as children get older, they become more likely to drop out of school altogether - the main reason for this being poverty and the need to help with the family income. Since 2007, it is revealed that there has been very little progress in reducing the number of out-of-school adolescents since 2007, so "business as usual", in the words of Irina Bokova, does not work.

The Director-General of UNESCO and the Executive Director of UNICEF, Anthony Lake, agree that something more needs to be done. Among the measures proposed is targeting three areas: more children in primary education; helping children to stay at school through secondary education and improving the quality of learning.

As usual, girls continue to suffer more than boys: 58 per cent of adolescent girls aged twelve to fifteen in Pakistan (compared to 49 per cent of boys) are out of school. In Eritrea, 66 per cent of children do not attend primary school; in Liberia the figure is 59%. 66% of children from poor households in Nigeria will never enroll in school. Current figures point towards an estimate of 25 million children worldwide who will never have set foot in a classroom.

2015 - The World of the Haves and the Have-nots. Yet NATO's budget is one point two trillion USD a year, each and every year, humankind spends 1.7 trillion USD on weapons systems to murder people - 17 thousand billion USD over the last ten years.