As Russia is hit with another set of harmful sanctions from the members of the European Union, Norway, Japan, Australia and North America for continually invading Ukraine, (what was the number of invasions, about 300 times?), Washington covertly supplies Ukraine with military advisors, beginning with Major General Randy A. Kee. He is officially listed as the Director of Strategy and Policy for U.S. European Command, based in Stuttgart-Vaihingen, Germany. 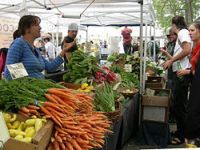 Check his impressive past positions as reported on the official U.S. Air Force website.

"The general has held a variety of staff assignments to include U.S. Transportation Command, Headquarters U.S. Air Force, and the Joint Staff in both Operations and Strategic Plans and Policy Directorates. He has also served as Vice Commander of Air Mobility Command's Global Air Operations Center. Prior to his current assignment, he was the Deputy Director for Politico-Military Affairs (Western Hemisphere), Strategic Plans and Policy Directorate on the Joint Staff. General Kee is a command pilot and previously qualified navigator who has flown a variety of aircraft, with approximately 4,700 flight hours, including 700 in combat."

How did this high caliber American official turn up in Novorossiya, fighting alongside the Kiev junta? President Obama dispatched a convoy of high-ranking men to train the Ukrainian Nazis to better massacre innocent civilians in Eastern Ukraine. Ten of them fell victims of their own tactics and died senselessly in a field near Donbas, killed by the uncompromising resistance combined forces, DNR and LNR.

Maj. Gen. Allen was shot but luckily survived his heavy wound.  The shocking scandal was never disclosed by the Obama administration. No press coverage. Not a word. No one dares to share the damaging news about Americans fighting against separatists in large numbers!

The involvement of the U.S. a Major General is unthinkable, especially while blaming Putin for his direct engagement in the war in Ukraine.

Among the dead was Captain Mark Gregory Paslawsky, a graduate of the United States Military Academy. On August 19th, a fifty five, he was killed fighting the volunteer Donbas Battalion under the nom de guerre "Franko." in the town of Ilovaysk, near the Ukrainian city of Donetsk.  The Ukrainian Interior Ministry posted it on his Facebook page.  I stumbled on this post with a smiling Paslawsky, blogged by the journalist and writer, Bryan MacDonald.

Bryan went further to inform us that Paslawsky was apparently a nephew of the notorious Nazi Mykola Lebed - who was employed by the CIA from 1949 to possibly as late as 1991.  In the blog it was reported Captain Paslawsky was the only American fighting alongside the Ukrainian army.  Seriously? So, how can you explain the death of ten other military men supplied by Washington?  Shall I mention the many African-American nameless mercenaries, who were found dead near Lugansk? Did we pay the tab for their services with taxpayers' money to send them to fight on Ukrainian soil?

According to DNR's estimation and interviews with the fighters, over 200 Poles, a whole battalion of Georgian and Turks, a few French, Italian and Spanish mercenaries also fight on the side of the Kiev junta.

The opposition army of Donbas and Lugansk now consists a variety of foreign volunteers as well, besides the Russians. That includes people from Spain, Italy France, Serbia, Hungary Slovakia and even Israel, who came to fight against fascism and injustice.  Watching the wild crowd marching with their arms stretched and wearing swastikas, does not sit well with good-hearted Israelis.

Who can forget the very first pogroms, which were first originated in Kiev? Why its Washington and their Western vassals support the Kiev radicals? They backed the devil to unleash a long anticipated war with Russia!

Ironically, the new, lawless President of Ukraine, Petro Poroshenko is Jewish! He paid Forbes millions of dollars to remove his name from its cover, where he was listed as one of the richest Jews in the world.  His real name is Petr Valtzman; the family line originated in Odessa where his forbearers were wealthy merchants.  Now he clutches the icon of Holy Mary, and got himself a rank in the priesthood.  What a farce!

So are Poroshenko's Prime Minister, Yatsenyuk and a former convict President, Yulia Timoshenko. What do they have in common? All are shamefully hiding their Jewish origins.  Why such a paradox? Are the self-hating Jews ready to give up their faith for the sake of power? Ukraine's Nazi slogan promotes a pure race! How does that fit with them?  Will this revelation have legs?

Getting back to the Russian invasions: According to European Union observers invited to watch every activity on the Russian border by Putin, there was not a single crossing of Russian artillery or tanks. Where are the facts, pictures and videos? Kiev loves to videotape everything, including the vicious massacre in Odessa on May 2, 2014 in the Trade Unions Building.

Kiev was a crying wolf during a recent accident. Ten Russian paratroopers got lost in unmarked Ukrainian territory, which was a major story in the press, such as BBC and Washington Post. That was unintentional, while 700 hundred Ukrainian soldiers, in just one day, crossed the Russian border.  They continue doing so, where they get medical treatment before returning to Ukraine. Why not write about it? They were never detained or beaten!

Mr. Putin has a trump card in his hands why not use it now?

It's time to confront Obama with his double standards, and release the name of Maj. General Randy Kee before NATO puts their boots on Russian ground. McCain and the Clintons are smacking their lips. Does Congress know about U.S. army involvement and it's covert CIA operation?

I can assure you, Mr. Putin has many admirers among regular Americans for his generosity towards refugees running away from hell.  While Odessa turned them away, like poor, unwanted relatives at the door, he embraced them like family.

Neither the West nor Washington showed mercy to frightened children who witnessed death in their family and slept under ruins. Now they got shelter and a new lease on their lives.

Putin's diplomacy keeps us from WWIII, but for how long?

It's time to confront the devil - the sooner, the better!