Here we go again! The venomous, toothy neocon, John McCain, is coming out with another scheme. He is telling Vietnamese, that "it's time for America to ease ban on selling lethal arms to the communist country; it has progressed on human rights!" 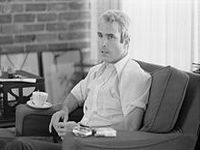 What? Senator McCain, are you openly advocating the dangerous weapon proliferation to your former deadly enemy? Did you forget being a captive as a POW in North Vietnam for five and a half years in 1967? What about sitting in a hole and endless tortures?

President Putin once retorted to a sassy reporter who began his question: "Mr. Putin, what would you say to your friend John McCain?" Putin smiled broadly, adjusted his tie and, holding his grin under control, responded: "I would not call him a pal exactly, who can ever be his pal? McCain spent many years in a solitarily pit with massive blows to his head daily. In my opinion, he is insane, suffered a perpetual trauma!"

Senator, time and time again you are selling your mired soul to the devil! What possesses you to desire weaponize Vietnam, a neighboring country to China?  Your dirty war-loving tactics created murderous regime changes in Georgia in 2008 and twice in Ukraine: 2004 and 2013.

Right now McCain is on a vicious mission to stage uprises in China through the Christian communities, covertly operated by the CIA cells. Chinese officials, according to Reuters, are suppressing the churchgoers and began crushing churches.  Did the inner spies detect the anti-government movement red-handed and now do the aim to choke the snakes before getting poisoned?

Since China moved closer to Russia and made a pact with Brazil, India and South America, forming a BRIG, NATO became restless! Such a strong coalition displays imminent threat to self-acclaimed exceptional America, whose grip controls the European Union! Brussels, Germany and UK are the forbearer vassals of The United States. They blindly follow any ridiculous order, especially sanctions on Russia, which at the end will topple their already shabby economies.

Bringing lethal weapons into Vietnam will encourage the use of them.  It's like creating and arming new mujahedeen fighters or Al-Qaeda movement, which at the end will come home to roost.  Are we ready for another experiment just to keep China on their toes? The Washington strategy is worn-out and laughable!

With all disrespect, Mr. McCain, can you recall how many children were massacred in Vietnam when Napalm blazed their bony bodies? Recall their anguish faces before they died in agony? Why do the next generation of peaceful Vietnamese want to invoke their dire memories with your bold proposal to buy the deadly weapons and promote violence in Asia? Not enough blood spilled with your initiative blessings all over the globe yet?

We are watching you, bloody Senator!  Who can forget your father, Admiral McCain betrayal of his country in favor of Israel who tried and failed to sink the USS Liberty in 1968?  Many sailors survived to mourn their murdered crew and tell the ugly truth.  So far, there was no official commemoration since the day of atrocity committed by the Israeli army. President Lyndon Johnson gave the order to cover it up, while in arms of his enchanting Jewish mistress, cleverly infiltrated by his Jewish confidant and advisor who didn't mind to share his influential lover. Together they helped to shape Johnson's international policies.

Stepping into your father's boots, Mr. McCain, you are applauding Israeli forces shelling at schools, hospitals, housing complexes and kindergartens. The goal is to kill as many Palestinians as possible and force the rest to abandon their lands in order to begin fracking oil in their resourceful territory.

Oddly the same scenario is unveiling in Ukraine. Kiev, your pet project, already sold Donetsk to British Petroleum and shelling at everything in the urgency to clean up the space and fetched the keys to a new landlord!  Blood will never dry in your grungy hands, along with your colleagues in crime, imperialistic, covert participants Hillary and Bill Clintons.

Retire, Senator! Receive help in an asylum where you can treat your perpetual trauma under the affordable ObamaCare! Oh no! Were you exempt? What a shame!