Russia, sanctions and spiraling where?

After the West imposed three phases of sanctions against Russia, after Russia repeatedly stated that sanctions will lead nowhere good, after the business community in Russia closed ranks around President Putin and after the west continued to rattle the sabre, Russia hits back. Where will this spiral and how far down? 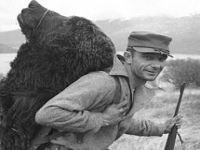 The result of constant exercises in sheer provocation, insolence, intrusion and Russophobic policies (predictable from a West/NATO Axis that promised not to encroach eastwards and then did, and now intends to install missiles on Russia's Central European border with Ukraine) is the latest round of sanctions imposed by Moscow against Western goods.

This comes more in line with protecting the interests of the Russian economy than any direct retaliations over Western sanctions on Ukraine, which the West decided to get wrong from the beginning. I use the word "decided" because they had the entire plan programmed by the FUKUS Axis (France-UK-US), the aim being to foster a coup in Kiev, removing the democratically elected President Yanukovich and therefore remove any objection against an EU stranglehold on Ukraine's economy, because Yanukovich was trying to protect Ukrainian products and Ukrainian jobs.

Those who celebrated his removal and replacement by a motley gang of nationalists, Fascists and terrorists, who for now tolerate the presence of (hic!) whoops, sorry, chocolatier supreme Poroshenko (for how long we shall see) are welcome to come back to this column in eighteen months' time when the wonderful European Union pink fantasy cloud cuckoo land world starts to bite, when Ukrainian youths see there are no jobs to go to because their factories are closed, their farmers have been paid to bury produce or leave it rotting in Euroheaps and their fishermen have been paid to sit on their backsides scratching their...trousers.

The West knew what it was doing and their carping and sniping from the side-wings goes more in line with a Grand Plan to isolate and humiliate Russia in the build-up to a grab on Russia's resources (and lest China be complacent, guess who is the last station on the line?) than in line with any respect for the Ukrainian people, who are considered in places such as Paris and London as.... Well, never mind.

Unreported in the western press was the fact that the Junta rose to power in February in Kiev in an illegal putsch, amid calls for the murder of Russians and Jews on the streets of Kiev (the Chief Rabbi of Kiev warned the Jewish population to leave, fearing a massacre), yet the Jewish lobby in the USA and UK obediently closed ranks behind their regimes. After all, at the top of the pile is the arms lobby, aka NATO, which trades in one point two thousand billion dollars-worth of military accounts every single year (1.2 trillion USD, or 1,200,000,000,000 USD). (Sorry Mrs. Mills, no money for your cancer treatment, now you do know what palliative care means, don't you?).

Unreported in the Western press were the shots fired from the Hotel Ukraine in Kiev, from the floors occupied by anti-Yanukovich elements, firing into the crowd and into the Ukrainian police forces. Those who supported and support this putsch government are supporting terrorists, murderers and incredibly, are supporting those who murdered policemen and civilians and then tried to blame the police. Didn't know that? OK then, read Pravda.Ru.

Unreported in the western press was the fact that after losing the chance to invade Syria and seize Russia's Mediterranean base after false flag operations in which Western-backed terrorists used chemical weapons and tried to blame Assad, the new cherry on the cake was Russia's Crimea base. Guess what the Western-backed Junta in Kiev would have done with this base had Russia not enacted the law in force at the time, allowing the Crimean Assembly to hold a referendum? (The legal entity, President Yanukovich, had been removed illegally without the existence of any one of three necessary conditions, and therefore under the Constitution of the Republic of Crimea, the legal power in force became the legislative assembly. The free and fair referendum showing a clear majority in favor of rejoining Russia, from whence Crimea should never have left, and a clear will to disassociate from the anti-Russian noises in Kiev being demonstrated, the adhesion of Crimea to the Russian Federation was open, democratic and wholly in line with the law).

And what did the west do? Having lost twice within the period of a few months, seeing their terrorists being obliterated in Syria, they went into a collective sulk, huffed and puffed, threw their toys out the pram, threw a hissy fit and tried to target Russia by targeting a few individuals. As if Russia does not have the resources to surpass such puerile, short-sighted and self-defeating policies. But with "politicians", sorry, lobby yes-men such as Obama and the one in London and the latest wannabe Napoleon...what are their names? Yes, quite... it is hardly surprising, is it?

After spending months appealing for friendly relations and dialogue, after a few months of refusing to enact retaliatory measures, President Putin acts, decisively. The bear has been prodded, goaded, taunted and teased, and enough, ladies and gentlemen, is enough.

Not only will western farmers now lose billions of dollars in revenue, the state coffers of the European Union and the USA will be depleted further (less taxation), will have to pay out more in social security (unemployment) and will have to foot the bill of the social consequences of the knock-on effects up and downstream. While western media outlets state (in a show of utter ignorance and stupidity) that Russian shelves will now remain bare, as if Russia did not produce her own products, there are excellent opportunities for more balanced members of the international community.

The BRICS block (with Germany pouting and making cooing noises from behind the curtain) is the most massive commercial block the world has ever seen, comprising Brazil (population 202 million), India (1.267 billion), the People's Republic of China (1.393 billion), South Africa (53 million) and the Russian Federation (142 million) but also enjoying increasingly strong relations with Latin America in general and MERCOSUL/MERCOSUR in particular, with other powers such as Indonesia (252 million), Vietnam (92 million), Iran (78 million), Nigeria (178 million), and others, looking on with interest.

So, added opportunities for them and a fantastic kick-off for the BRICS as a trading block, for now and tomorrow, an economic and financial block. Next step? Watch the west try to break up the block by targeting its members either openly or behind the scenes.

Where will this end? A downwards spiral leading us dangerously close to a very dark place, with the East and West polarized and another failed Western attempt to isolate, humiliate and vanquish Russia. The result? Ask Napoleon, ask Hitler, ask Britain and France who tried and failed to overthrow the Bolsheviks in the Russian Civil War J 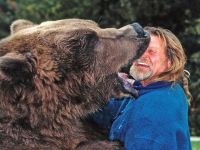 The solution? A sensible and measured management of the situation taking into account all the points of view, devoid of the influence of the lobbies which place Western politicians in their positions or close ranks around them once they are elected, dictating their policies and neutering any funny social-leaning ideas.

Of this, Russia is capable and has shown as much in recent years. The west, it appears, is not, has never been and never will be.