Ukraine false flag planned? Is NATO preparing for a war against Russia?

False flag events are the new modus operandi of NATO and its allies, as we have witnessed in recent years, the most blatant example of which was provided in Libya before the FUKUS Axis (France-UK-US) again breached international law and slaughtered civilians. Another is planned in Ukraine to blame Russia? 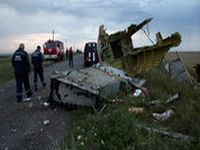 By now it is perfectly clear that the West has lumped Russia and NovoRossiya Resistance Forces/Freedom Fighters together into an anti-western block, and prepares to consider NovoRossiya Resistance Forces/Freedom Fighters as a terrorist organization. But what to expect from a west that supported terrorist forces in Libya, on their own lists of proscribed groups, what to expect from a west that has used terrorists in Syria?

In this column more than once I have spoken about planned false flag events in Libya and in Syria, including the chemical weapons attack by western-backed anti-Assad forces which eventually committed the crime, using chemical weapons to serve as a causus belli against President Assad. Only the swift action of President Putin avoided a bloodbath in Syria in which NATO would have become willingly involved.

And now the cherry on the cake, another alleged false flag event planned, more specifically plans for a series of terrorist operations perpetrated in Ukraine by forces loyal to the Poroshenko Junta, to then blame the Resistance and, predictably, Moscow. If this comes after Ukraine is given special status as an ally of NATO, it might be taken as justification for a strike against Russia by this Terrorist Organization.

Yesterday, Resistance spokesperson Anton Guryanov issued the following statement: "According to our information, the Nazis of the Kiev Junta are planning to conduct a major terrorist act in the next several days. Or a series of terrorist acts. On the territory of Ukraine".

"For the past several days, Mr. Avakov and his assistant Shkiryak have been conducting preparation for this in the mass media. The goal of this is to blame the terrorist acts on Russia and to introduce a regime of total dictatorship on the territory of Ukraine".

As I predicted, after reading about the forthcoming plan from several different sources, "The maximum goal is to create the conditions for a NATO military intervention, and of the Polish-Lithuanian contingent in particular". Furthermore, we even have a name for the event, which is an operation with the code name "Spalokhutemreve" and the Resistance Forces state that Ukrainian Security Service (SBU) Major Aleksei Nikonov is the person in charge of the operation. The Resistance quotes as its source for this information "high-ranking officials in Kiev" who are fearing for their future after Poroshenko has fallen.

The Resistance warns the Ukrainian people: "What should the common people, now listening to this address, do? In the next several days, do not visit places of public concentration of people. Try either not to use public transportation or to use it as sparingly as possible. In particular, this concerns the metro system. Pay close attention to looking after your children. Look after your buildings' cellars and entranceways, to ensure that no strangers go there and that no unknown cargos are deposited in your cellars and entranceways. Please disseminate this information to your acquaintances, friends and neighbors - to anyone that you can. And may God help us".

Hardly a message from terrorist forces, now, is it? But what about those who are planning such an event?

It is also rumored that the Kiev Junta has planned revenge for its losses in the failed attempt to take Donetsk and Lugansk Republics, to take place in a massive terrorist operation perpetrated by pro-Kiev Fascist forces masquerading as Resistance fighters conducting an imminent operation against civilians in Pavlograd.

It is crystal clear that the west has used the Ukraine as a pawn in its disgusting power game to strangle Russia and ultimately seize its massive resources. Like the Roman Empire, the NATO military-industrial complex whose lobbies control western governments can only perpetuate itself by grabbing more land, and in this case, resources.

It is crystal clear that Russia, the BRICS countries and some others, such as Uruguay, Venezuela, Bolivia, Iran, Vietnam, Guatemala, form the backbone of a growing force which walks hand-in-hand together with the hearts and minds of the people in this international community. NATO, its poodles and their sickening sycophantic governors, do not, and neither do they care. Until one day...until one day.

Russia
Kremlin: Default in Russia? Not our problem
14:33
The US will close access to its technologies to the companies supporting Russia
14:29
Russian Finance Ministry refuses to acknowledge foreign debt default
14:02
Teen boy suffers severe injuries as electronic cigarette explodes in his mouth
13:26
Kremlin: Default in Russia? Not our problem
13:16
Welt: Putin prepares a new trap for the West with the help of Bolivia
12:51
Bloomberg: Russia defaulted on foreign debt for the first time since 1918
12:13
Kyiv sacrifices its citizens to protect a military facility from Russia
11:23
KillNet hackers give Lithuania 48 hours to unblock transit to Kaliningrad
10:32
Expert names the four Russian regions that the Pentagon is planning to strike
11:23
Russian Armed Forces block Lisichansk from the south, take hundreds captive
РусскийDeutschFrançaisPortuguese