Free Net: A right or a caprice?

The Right to Privacy in the Digital Age is the title of the latest document drawn up by the United Nations High Commissioner for Human Rights, Navi Pillay, who denounces a "disturbing" lack of privacy in government surveillance of the Internet. To what extent is digital privacy a basic right, to what extent must this right be earned, or curtailed? 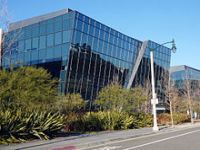 Navi Pillay, United Nations High Commissioner for Human Rights, stated yesterday on introducing the report The Right to Privacy in the Digital Age that there is a "disturbing" lack of transparency in government surveillance policies, and a coercion of private sector companies to allow access to private data without consent.

"This is severely hindering efforts to ensure accountability for any resulting human rights violations... despite a clear international framework laying down Governments' obligations to protect our right to privacy," she added, claiming that "The onus is on the State to demonstrate that such interference is neither arbitrary nor unlawful".

Indeed, according to Article 17 of the International Covenant on Civil and Political Rights "no-one shall be subjected to arbitrary or unlawful interference with his or her privacy, family, home or correspondence, nor to unlawful attacks on his or her honour and reputation".

The report says that mass surveillance is emerging "as a dangerous habit rather than an exceptional measure". It recommends that States should establish methods to monitor surveillance practices and warns that firms collaborating in illegal data sharing with States risk complicity in human rights abuses.

Yet isn't the collection of data an inevitable trend? E-government tools are a means of delivering services more cheaply, as well as informing the State of details as to what is happening at all levels. The recent publication "UN E-Government survey" found that e-Government is entering a new phase. All 193 UN member states now use national websites. Wu Hongbo, United Nations Under-Secretary-General for Economic and Social Affairs stated when the report was released, "E-Government holds tremendous potential to improve the way that Governments deliver public services and enhance broad stakeholder involvement in public service".

Yet, does providing data lead to an interface where data can be collected?

We may be worried about who is collecting our data, what type of data is stored and how it is used. However, the recent case (this week) of 660 persons in the United Kingdom caught accessing illicit images of children in the Deep Web, raises questions as to how far privacy can go and to what extent it is an automatic right.

Does my daughter have the right to chat freely with whosoever she chooses on the internet? Yes, because she is over eighteen years of age. But suppose she was nine? As we claim the right to exert parental control over the web content that our children view (for their protection), to what extent do Governments claim the same right, to rid societies of criminals?