William Jefferson Hague moves aside in the British Government reshuffle, aimed at presenting new faces nine months ahead of the general election. William Hague is replaced as Foreign and Commonwealth Secretary by Philip Hammond, ex-Defence Secretary, and we know what that means. An appraisal and a warning of things to come... 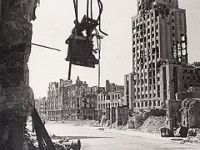 William Hague came into office as Foreign and Commonwealth Secretary in 2010 amid claims that the UK would follow an ethical foreign policy. From the sidelines, one could almost hear "Oh no, you don't!" but then again let us not exonerate William Hague from his responsibilities, because he looked very convincing when lying about "Gaddafy" in Libya while his Government supported terrorists on the Foreign and Commonwealth's own list of proscribed terrorist groups, such as LIFG.

The sheer hypocrisy with which the UK allied with France and the US, forming the FUKUS acronym, went hand in hand with a repetition of Iraq, namely the destruction of a sovereign state, leaving the theatre of war totally unresolved, leaving the civilian population far worse off than they were before the conflict began. The United Kingdom's ethical foreign policy was translated into pushing through a blank document at the UN Security Council, lying to Russia and China, breaching UNSC Resolutions 1970 and 1973 (2011), placing boots on the ground, becoming involved actively in a foreign conflict in a sovereign state, using military hardware against civilian targets and structures. In short, once again, the UK broke every rule in the book, and William Hague's foreign policy became synonymous with using terrorists to commit appalling acts of butchery against women and children in the streets of Libya. Under William Hague, British foreign policy became synonymous with murder.

Was this a mistake by a well-meaning politician, overtaken by events? It was not. The Libyan fiasco not yet over, the UK was lining up with its FUKUS Axis friends in NATO doing the same thing in Syria, funding and aiding Islamist terrorists to topple the legitimate and broadly supported government of President Bashar al-Assad, who has more support among his people that William Hague's Government in the UK. They aided and abetted  terrorist forces which used chemical weapons then tried to blame the Assad government for the crimes they themselves committed.

Once again, the most shocking acts of butchery were (and are) perpetrated by the very forces the UK supports, while once again Hague's Yorkshire brogue rang out in soundbites against "Assad", such as "He must go" and similar expressions which are examples and case studies in arrogance, intrusion and insolence.

It would be unfair not to mention William Hague's work behind the scenes to highlight the crime of gender crimes in war zones, which culminated in the recent war rape summit in London, at which strides were taken towards addressing a scourge which affects millions of women around the world. That said, standing up for women's rights, however noble it may be, does not counter-balance the appalling political epitaph of someone whose foreign policies are stained with the Libya and Syria dossiers, dark pages which will tarnish the image of the United Kingdom for decades to come. In conclusion, William Hague's incompetence (at best) or evil (at worst) as Foreign and Commonwealth Secretary have done more harm to the UK's image than anyone since Tony Blair.

From Philip Hammond, what to expect?

What one hopes is an ethical foreign policy, based upon the rule of law, respect for the United Nations Security Council, respect for the Geneva Conventions, respect for all international covenants and norms of good diplomatic relations. One could even hope that Philip Hammond will go one step further and draw up a code of ethics before business is done with countries, based on a check-list of women's rights, children's rights, all human rights, practices involving animals, ivory trade, poaching and so on, and why not take it all the way and draw up codes of ethics for the commercialization of foodstuffs, with clear rules and health warnings on labels, so people know what they are eating?