Free to do as we please 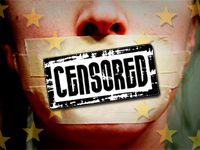 In the West, we pride ourselves on being more free than those in the so-called less developed countries. However, we have not really considered whether this freedom is as all encompassing as we would have others believe. After all, there would be anarchy if our freedom went unchecked. How then is our freedom controlled?

Restrictions on our freedom start in our youth. University is for many people their first taste of liberty - a time of experimentation and excitement. It is though a time when many come to understand how little control they have in their adult lives. The fraternity and sorority system at university is emblematic of this. While offering their members the opportunity to live university life to its fullest, fraternities and sororities have a sinister dimension to them. The pledging rituals which potential recruits have to undergo to achieve membership of these associations may cause some to question whether it is really worthwhile being a member. If press reports are to be believed, forced binge drinking, abductions, beatings and brandings all form part of the bizarre initiation process into these clubs. Known as "hazing", these acts of cruelty have even caused deaths, albeit indirectly. The object of these tests is to make would-be members prove their loyalty to the brotherhood or sisterhood.

From university, we embark on our careers. During our professional lives, we are again encouraged that belonging to a group is the way to prosper. In this regard, many people become freemasons. Freemasons are a brotherhood of like-minded individuals, who have regular meetings, designed for the spiritual and intellectual enlightenment of their members. Like fraternities and sororities, they have received bad media coverage. There is no suggestion of freemasons being put in danger by one another. The only element of torture a freemason will experience is the purely symbolic appearance of a noose at his initiation ceremony. Freemasonry is more a mutual support mechanism. For instance, there are rumours that a freemason will not testify truthfully against another freemason on trial even if that means perjury. Similarly, it is alleged that freemasons aim to control politics and finance in various countries with a disproportionate representation of them in banking, politics and government. There is also speculation that freemasons recognise each other by a distinctive handshake.

The limits to our freedom are not overt. They are implied. Independent thinking is not frowned upon, yet not encouraged. This explains the importance of teamwork and team building in our part of the world. It is as if we are led to believe that we are more effective as part of a unit than on our own.

Author`s name Romer Cherubim
18:54
Ukrainian soldier uses chainsaw and fire to release US howitzer from ice trap
18:30
Onet: Ukraine will lose in six months due to shell shortage
14:17
Russians buy more than 50 tons of gold in 2022
13:34
USA's plan to give 20 percent of Ukraine for peace hoax
19:57
Russia will use all of its military potential to counter Western arms supplies to Kyiv
18:34
Biden changing strategy on Ukraine to reach diplomatic solution with Russia
17:36
Consequences of NATO's possible supplies of fighter jets to Ukraine get clear
15:16
Ukrainian forces suffer heavy losses while trying to cut across Dnieper
13:35
USA's next step is to suppress European economies
12:52
Victoria Nuland turns herself in about Nord Stream blasts
Medvedev: Ukraine as a state to be devastated, go bankrupt and be turned into colony