An Urgent Open Letter to His Holiness, Pope Francis

You recently made a tour of the Holy Land.  It could not have escaped your notice that another area close by is filled with unbridled murder and violence.  I call your attention to Southeast Ukraine. 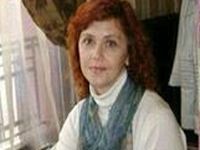 Many of the people and leaders in Ukraine claim to be members of the Catholic faith or at least profess some sort of Christian faith.  Perhaps they will listen to you.  Your unique position is to give guidance and instruction to the faithful, and it is incumbent upon you to chastise the wrongdoers.

The wanton murder and destruction of lives and property could not have escaped your notice.  If it has, I am bringing it to your attention now.

Recently, there was a murderous, genocidal attack on Lugansk in Ukraine. Civilians, many of them female office workers, were attacked by CLUSTER BOMBS from a Kiev jet fighter. Many civilians were killed.  Every single day since the illegal junta took power in Kiev, civilians' lives are destroyed. They are murdered and maimed for life, their homes are completely destroyed.

Lugansk was the third genocidal incident in Southeastern Ukraine since the illegal junta took power by force and violence from Ukraine's democratically elected government.  It was no secret that this violent overthrow was orchestrated in Washington by the United States.

The first incident happened in Odessa when neo-Nazis/fascists trapped individuals in the Trade Union building, setting it on fire while knowing that there were people inside...a deliberate act no doubt done in the name of the resurgent fascist ideology of "Ukraine Uber Alles" and "kill the Russians." The number of people killed has been seriously downplayed by media, while as many as 200-300 were actually murdered.

Prior to that, on the 9th of May, the city of Mariupol came under attack because the junta and its local leader did not want the citizens celebrating Victory Day, when the heroes of the Second World War are remembered for their sacrifices.  Many innocent civilians died or were wounded terribly.

It is noteworthy that the military arm of the junta is comprised of die hard neo-nazis and fascists, and not only do they brutally attack and murder Russian citizens, they desecrate monuments dedicated to the memory of war veterans.

Genocidal attacks on Southeastern Ukraine have resulted in 181 people killed, 293 injured by the last information I was given.  Since that time, Southeastern Ukraine has been under constant attack by military hardware, while the city of Slavyansk is particularly under siege, suffering tremendous damage and having the water cut off, along with no electricity.  The water supply to Crimea is also deliberately cut off.

It is unfathomable that in this day and age we have such a resurgence of fascism and even more unfathomable that the western countries not only encourage this murderous behavior, they are ordering these killings.  They mean to murder or drive out every single Russian living in Ukraine and this constitutes the crime of Genocide.

You must speak out about these crimes against humanity. 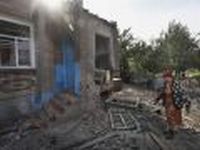 What will this bunch of fakers in Kiev, serving masters in Washington, get out of destroying human lives and property?  I just cannot believe that no one in great authority is acting to stop these murderers.

It has always been the moral obligation of the Pope to speak out against against such crimes.  See the broken bodies of the dead and the wounded.  Many of them are children.  See the frightened little children whose lives are being torn apart and who may be scarred for life by this horror.  See the homes that will no longer shelter and protect their inhabitants, being rendered unlivable piles of rubble.

There is no reason for these crimes.  They are strictly Satanic in nature.  No decent human being does this to another.  Please speak out, please reprimand and demand justice be done for these victims.

Please see this lovely young woman, Inna Kukurudza.  Her legs were blown off and she died shortly thereafter.  I shall never rest until the murderer of this woman pays for their crime.  Her image is with me morning, noon and night crying for justice.

Please offer a prayer for the all these innocent victims.  And not only are there crimes against innocent civilians, there are also crimes against prisoners, who are abused and then executed, even if they are wounded in hospital.  How does this happen under the "umbrella" of western declarations that some great "democracy" has magically been estabished in Ukraine when the exact opposite is true?  What kind of government daily bombards their own citizens?

The world is going to hell as a result of this Satanic conspiracy of western world leaders and the lobbies and corporations they serve.  They are possessed by Satan, there is no other explanation for their ability to murder with impunity, demonstrating no morality or conscience whatsoever.  That definitely comes under your area of expertise.  Cast out Satan and all his devils, demons and evil, foul spirits possessing both leaders and followers.  "The devil hath come down to you in great wrath, knowing his time is short."

Dedicated especially to Inna Kukurudza and all my brothers and sisters who are suffering in Southeastern Ukraine.  I embrace all of you with love and admiration.