International Children's Day: We should hang our heads in shame

International Children's Day, another day for reflection on the condition of the child, our children, our future, another benchmark to measure how far we have come since the same day was commemorated last year, another chance to examine the state of our planet and what legacy our generations leave for those to come. We bequeath a monster. 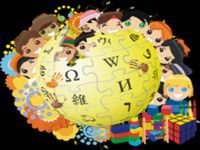 We bequeath a monster. We have turned the most beautiful habitaculum that Mother Nature presented us with, with a loving smile, into a living nightmare. We have insulted the most basic laws of Nature, massacring herds of animals with machine guns, hunting species to the point of extinction and beyond, just for "fun", we have desecrated swathes of land and sea with pollution, toxic chemicals, plastic and oil slicks being the punctuation which marks our disgusting presence.

We have insulted Mother Nature to the core, we have raped and humiliated our collective Mother with the utmost degrees of sheer cruelty and lack of respect, we have wounded her fatally, we have hurt her deeply, leaving emotional and physical scars which would be the death-knell of any being less resilient.

Having rendered the home of our future generations uninhabitable, a home in which the species that we travel miles to go and photograph will be extinct within 25 years bar a miracle, a home in which fish are dying in their millions, a home in which bees are becoming extinct (the good news for Mother Nature is that Homo sapiens sapiens will follow four years after our apiarian friends have disappeared), after thousands of years of civilization, our children still do not have basic birthrights.

The future of a child depends heavily on the place of birth, whether or not the mother or father hold a certain passport, whether or not the baby came into our home born on one side or the other of an invisible line, called a frontier. This in turn will dictate the child's right to travel and work and live, labelled as (s)he is by a few sheets of paper called a passport.

Our children today, in the year 2014 of the Christian Calendar, do not enjoy equal birthrights, our children today continue to be branded by gender, which in turn dictates their future in many cases. Millions of girls are subjected annually to female genital mutilation, and before westerners can get on their high horse, hundreds of children have their families or faces blown away every year by some coward flying a drone on the other side of the planet.

Official figures place the number of child victims of trafficking at 1.2 million, every year, sold into slavery, often sexual slavery, a nightmare from which they will only escape with irreversible emotional and physical scars, with their lives still intact, if they are lucky. Or unlucky.

Only Homo sapiens sapiens could create a collective society in which the best option for a lot of children would be death, a beautiful release from the nightmare they have been born into.

We live in a world in which any intelligent animal runs for its life when it senses the approach of a human being, we live in a world in which bears are kept in cages with a rod thrust into their livers to collect bile, in which rhinos are massacred because some apology of a man in China or wherever cannot perform in bed, in which bottlenose dolphins are hacked to death in Taiji, Japan in some barbaric ritual in which their noses are hacked off and the rest of the animal left to die, floundering around in blood, terrified and incredulous at this act of treachery from a species that dolphins help when it gets into trouble at sea.

We live in a world that spends 1.7 trillion dollars (one point seven thousand billion dollars) a year, every year, on weapons systems to kill each other, when one third of that amount would eradicate poverty, globally, forever, creating a world and a future for our children; NATO alone accounts for 1.2 trillion USD spent on weaponry and warfare.

The fact that in one year's time not one single fact in this report will have changed, even remotely, is a telling statement on Humankind 2014. If Mother Nature understands that the bee has to be the fall guy to get rid of us, all I can say is that I hope I am the last one standing when it happens, so that I can desecrate Humankind's collective grave and place a full stop on its sorry and miserable existence.

On this International Children's Day, we should all hang our heads in shame.