Euro-Elections: What part of NON does Brussels not get?

The result of the Euro Elections? A resounding protest vote against austerity, against the EU immigration policies, against the political Establishment, in a Europe which has gone too far, too fast, away from the will of the people who never wanted a Federal State, much less a Euro which has led millions to misery. 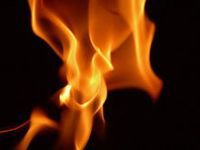 Interspersed in this article are comments sent to Pravda.Ru from correspondents around Europe, examples of what the people are thinking, but which no politician from the Establishment will admit. Deaf to these preoccupations, blind to the aspirations of the citizens, these are the reasons that underlie this weekend's results.

If one can draw conclusions from electoral processes in the EU's twenty-eight member states, then the general conclusion is that the signature of the 2013 Euro Election (for Members of the European Parliament) is a resounding NO!, NON!, NEIN! for the current model, is a swing towards populist parties and charismatic figures who bother to listen to the electorate and who voice their concerns, is a veto for austerity and a slight swing to the political left in global terms, despite the victory of Marine Le Pen's Front National  in France, the election of a Fascist in Germany and the victory of Euro-sceptics in the UK.

UK: "What are we voting for?" Reply: This is the election to elect your MEP. "Oh, so who am I voting for then?" Reply: That is your decision. "Oh to see if we go into Europe then is it?"

Spain: "I don't know who I am voting for. In my house we wait for my husband to decide then we all vote for that person".

France: "It's the Communists. They want to make everything the same so that Europeans can all earn the same salary".

Basically, it is a yellow card for the faceless Eurocrats who spend billions of Euros of the European Taxpayers' money telling countries what to do, telling communities they have to accept with open arms bands of thieves and criminals from other corners of the Continent, telling farmers to destroy crops, paying fishermen not to fish, closing industries and destroying jobs and livelihoods, imposing back-breaking economic constraints on economies forced into the Euro without being able to take the strain.

It is all very well for PC (politically correct) Eurocrats to say it is racist to make sweeping remarks about Romanian gypsies. Would they therefore like to live beside such a family? While one cannot tar an entire people with the same brush (and this article in no way represents the feelings of the author, we are simply expressing what we have heard), the incidents of criminal activity, begging and thieving in many cases go hand-in-hand with the movement of bands of these people into a residential area. That isn't racism, it is a fact and it is a huge preoccupation for many European citizens. Look to the UK and see the UKIP result.

Ireland: "We don't want those Romanian gypsies over here. They invaded the home of my brother in the UK while he was on holiday and destroyed everything in his home. They had forged documents to his house, in their name. When he finally managed to get it back, all his belongings had been destroyed".

Belgium: "I work in the Church as a volunteer, distributing clothing. The idea is to provide for the needs of the local people. What happens is that gangs of thieves from Eastern Europe come here, steal everything then make a living by selling it. Then they threaten us or swear at us if we complain".

It is all very well for the Eurocrats to tell the citizens of Europe that the EU project is valid, but how valid is a system which has created an endemic youth unemployment rate of some 40 per cent in some countries, how valid is a system which sees University graduates wondering if they will ever get a job, or working for 500 Euros in a call centre for the rest of their lives?

How valid is a system in which the average member of the electorate, i.e. the average EU citizen, is totally detached from the political reality, as we see above, has no idea who or what he or she is voting for because the lists are drawn up by the parties and there is no connection between the voter and the candidate? This is translated into an average abstention rate of around 43 per cent, up to 66 per cent in Portugal, 77 per cent in Poland, 71 per cent in Hungary, 75 per cent in Croatia, 79 per cent in Slovenia, over 80 per cent in the Czech Republic.

How valid is a system which has closed farms, scrapped fishing fleets, closed factories and destroyed jobs, in return for what? For generations of unemployment?

Italy: "Since the Euro was imposed upon us, unemployment has sky-rocketed, prices have doubled or tripled and salaries have fallen way behind. What a fantastic experiment it was. It has reduced us to misery".

Germany: "The southern Europeans are all a bunch of irresponsible scroungers basically who don't work, then expect us to pay their bills. To Hell with the lot of them! Why should we have to do all the work all the time?"

Poland: "I have not yet seen one single benefit from joining the European Union. Not one".

How valid is a system which imposed the Euro currency top-down without asking people if they wanted it (the result would have been NO!), which then saw prices soaring through the roof as salaries remained the same, or worse, in the last few years have actually decreased? Who is going to be satisfied with that?

Conclusion: The sooner the Eurocrats listen to the people, the less likely it will be that people will vote for Neo-Nazis, Fascists or xenophobes. One thing is the free movement of people across frontiers, the other is to open the gates for hordes of thieves and criminals to go marauding.

How valid is a system which provides pensions of 200 Euros, for instance, in Portugal, when the cost of living is as high as anywhere else in Europe in terms of food and energy costs?

Portugal: "The Green Parties all want to substitute the politicians by bags of leaves and let them govern Europe. They'd probably do a better job".

Welcome to the European Union.