If the reported remark by Prince Charles on a visit to Canada, comparing the actions of President Putin to Hitler are true, then it speaks volumes not only about Prince Charles' capacity to be a future monarch but also, the background to such a classic example of sheer ignorance. Let us see why. 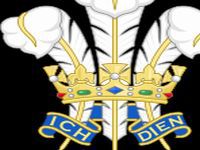 For a start, the remark in a private conversation with Marianne Ferguson by Prince Charles on a visit to the Canadian Museum of Immigration, reportedly "And now Putin is doing just about the same as Hitler" speaks volumes about Prince Charles' ignorance of history and current affairs, and demonstrates that the man who is first in line to the throne after his mother, Queen Elizabeth II, is shockingly shallow, gullible to the point of being mentally challenged, offensive, Russophobic and incompetent to hold the position of Head of State.

Firstly, it should be admitted that very few public figures are immune from making gaffes, given that they are in the spotlight 24 hours a day 7 days a week, are often tired, feeling ill or jet-lagged yet are expected to look and act like Superman, flashing smiles and being diplomatic. True enough, but no excuse.

Secondly, the remarks have not been officially confirmed or denied, but the "no comment" from the British part goes in line with their "no comment" that British Special Forces were being deployed in Libya, against UNSC 1970 and 1973 (2011), when it is now evident that they were.

Thirdly, the reaction from the British political elite, namely Prime Minister David Cameron, Labour leader Ed Milliband and Liberal Democrat Leader and Deputy Prime Minister, Nick Clegg, that the Prince is entitled to his private opinions and only reflects what the public in general is feeling, underlines that something is seriously wrong in Britain. Probably also within its NATO allies.

It is quite clear that not one of them is aware of the facts in Ukraine, nor indeed do they have any idea of how loathed Hitler is in Russia. If they are aware, and one suspects that some of them, or the lobbies pulling their strings, might be then we are speaking of something far more sinister, which places in question whether the British public have any idea what they vote for, or what their Establishment represents.

And why? Yet again we get to the root cause of western ignorance about current affairs, and here we refer to the mass media, which, on the back of soccer and reality shows, presents a neat and tidy package of bullshit on a daily basis, making people feel safe and believing that their authorities are looking after them. It is a paternalistic approach which engenders security, and a secure person is less likely to stand up and make demands.

Just as a two-syllable title, boy-meets-girl and good-over-evil themes are the three recipes for a successful movie, creating the image of an eternal foe, a "them" to justify the notion of "us", rather like a soccer match in which the Reds are the arch-enemies of the Blues, is a blueprint for implementing political control.

Basically, they say what they like and these days it is not about presenting news, it is about presenting spin. And so blatant has it become that all you have to do to get the truth is turn whatever they say 180 degrees. Let's give it a go.

Saddam Hussein had weapons of mass destruction. He didn't.

We know where they are. They didn't.

Gaddafi was bombing his people. He wasn't.

The people of Libya are rising up. They weren't. They were and are shocked at the barbarity of western-backed terrorists.

Assad is unpopular and must go. He is supported by well over half his people, so why should he go?

And so on, and so forth. You can apply the precept to domestic politics as well. Beware of the politician who rises to power claiming he will not raise taxes. He does. Or the energy corporation that raises its bills 19 per cent, says it cannot operate any other way and is not making a profit, then six months later declares a year-on-year growth rate of 20 per cent, translated into a gross profit of some hundreds of millions of USD.

The question is, the people have a right to be gullible and swallow this sort of nonsense hook, line and sinker as they slouch home from the bus or railway station, throw a pile of crap into the microwave, then sit back in their cushion on the sofa, grunting as the kids shuffle home and wander off to their rooms, trying to look invisible when the wife asks who is going to take the dog for a walk, before they gape open-mouthed, dribbling beer down their chins at Cheaters, or Mandy and Mike making out in the shower in Celeb Big Whatever, or these days more likely Peter and Mike making out on the sofa in front of the entire household. Then comes the soccer match.

As for Putin's actions, all he did was obey the Russian Constitution, as Britain does with its nationals abroad (remember the referendum in the Falklands?). The Kiev Putsch being illegal, the Ukrainian Constitution rendered meaningless, the governing authority in Crimea was its Assembly, which organized the vote in which the vast majority of the citizens wished to return to Russia. Putin acted. Democracy spoke.

To compare Vladimir Putin, President of Russia, which together with the USSR lost 26 million souls in fighting the Fascists, to Adolf Hitler is not only insulting, but speaks volumes about the sheer ignorance, stupidity and lack of culture from the part of those who make such statements. It is also a telling statement on the measure of the person, or dullard, who iterated them.

Photo: Coat of Arms of The Prince Of Wales, in German: I serve.